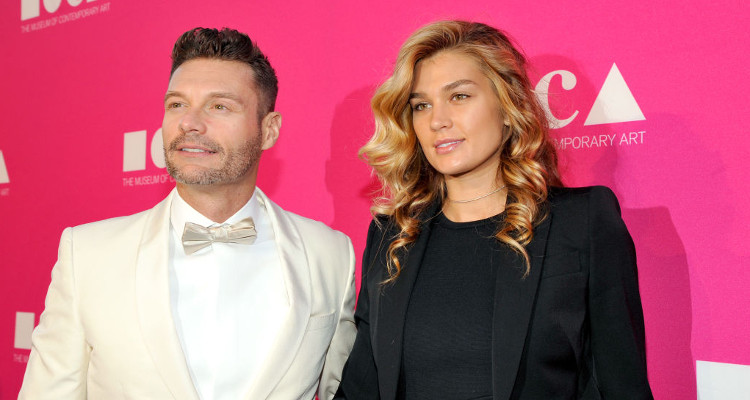 Ryan Seacrest is a personality you can find on at least half a dozen shows on TV. With so many gigs as a host, do you ever wonder how much money he makes? Ryan Seacrest banks a sizable $350.0 million! We’ve got all the details here.

With multiple hosting gigs on TV and radio, Ryan Seacrest is touted as America’s Favorite TV Host, second to Oprah, of course, who is the richest and most popular TV host of all time. But Ryan Seacrest is the reigning juggernaut of hosting television shows. He recently landed the co-host position for Live with Kelly, or rather Live with Kelly and Ryan as it’s now called. With a new show and long-running TV and producer stints, what is Ryan Seacrest’s net worth? It is a staggering $350.0 million! Here’s how the busiest TV host in the country makes his wealth in our Ryan Seacrest net worth article.

How Rich is Ryan Seacrest?

With a decorated resumé, Seacrest has had multiple TV, radio, and producing jobs at the same time. When he was a teenager, he won an internship at a local radio station in Atlanta, where he was born and raised. There, he learned everything about radio and made his broadcasting debut.

As his radio presence grew, he succeeded Casey Kasem as the host of the syndicated weekly countdown radio show, American Top 40. He’s got several other shows on the radio today. Seacrest was approached to host Family Feud, but turned it down for another reality show you might have heard of —American Idol. He was most popular as the host of the singing competition for its entire 15-year run.

His Live co-host, Kelly Ripa, has a net worth of $100.0 million. Seacrest’s $350.0 million net worth is very close to surpassing another favorite TV host, Ellen DeGeneres and her $360 million net worth. Carson Daly, Chris Harrison, Tom Bergeron and Jeff Probst are some of the highest paid TV hosts, but their net worth amounts are nowhere near Seacrest’s, Ripa’s, or DeGeneres’. Here’s a table illustrating how Ryan Seacrest’s net worth compares to the other hosts.

Inside the Various Incomes of Ryan Seacrest

The 42-year-old is touted as one of the highest-paid TV hosts currently around. He was reportedly paid $15.0 million per season of American Idol. Combine that with his other gigs, the Emmy-winning host’s annual income is $55.0 million, according to Forbes. Kelly Ripa is paid slightly more on the show, with a paycheck of $17.0 million.

Seacrest is both the host and executive producer of Dick Clark’s Rockin’ New Year’s Eve. He’s also a regular feature on the E! Network, where he is managing editor. His regular beats include reporting from the red carpet of major events like the Oscars and Emmys. E! initially signed a three-year, $21.0 million deal with him 2006, which has probably increased since then.

Besides adding new TV shows to his expanding resumé, what are the other sources of income contribute to Ryan Seacrest’s fortune? The table below will give you an idea.

Since joining Kelly Ripa in New York, Seacrest will be flying between the east and west coasts to record his iHeartRadio show, On Air with Ryan Seacrest.

In 2006, he launched his own production company, Ryan Seacrest Productions with his agent acting as the CEO. The company is behind gifting the world the Kardashians, having produced Keeping up with the Kardashians and all its spin-offs along with shows on Bravo and NBC. It recently green-lit a Kylie-centric spin-off, though Kris Jenner is afraid Seacrest’s new co-hosting job in New York could end the reality family’s run on TV.

The 5’8” entertainment powerhouse also had endorsement deals with Ford and Coca-Cola in the past. The hardest working man in showbiz also owns a clothing line called Ryan Seacrest Distinction. He invests his money in tech companies such as Civic Entertainment Group, Pinterest, FlightCar, and DigiTour Media.

Where Does the Busy Host Spend His Money?

With his super-hectic schedule, you might wonder if Seacrest has time for a personal life. His dating life is typically kept private, which led many to ask if Ryan Seacrest is gay. To answer that, he’s not. He dated Dancing with the Stars pro-turned-judge, Julianne Hough in the past. He has also dated many other women for brief periods of time.

Most recently, he appears to have rekindled an old romance. Ryan Seacrest and Shayna Taylor (his ex-girlfriend) have been hanging out recently, raising speculation that they are back together. Their relationship is still ambiguous, so let’s not call her the wife of America’s Favorite TV Host just yet!

While we wonder how Seacrest makes time for Taylor between his busy work schedule, we do know that he likes to indulge in some luxuries, as well. Besides spending his money on the Kardashians and tech businesses, he spent $49.0 million on Ellen DeGeneres’ former Beverly Hills mansion. The Mediterranean villa comes with nine bedrooms, two guesthouses, and even a separate home within it!

In February, the mansion caught fire and there was some damage. Seacrest was featured on DeGeneres’ daytime show following the fire, where the comedienne jokingly accused him of burning down her house! It really was an accident, and the fire department was able to control the situation on time. The estimate of the damage is not known.

Seacrest also has a fleet of fancy wheels. From an Aston Martin and a Mercedes to a Range Rover and a Bentley, he’s got some very pricey cars!

He also uses his wealth for a good cause. He founded the Ryan Seacrest Foundation, a non-profit organization dedicated to improving pediatric health care, with Selena Gomez named as the foundation’s ambassador.