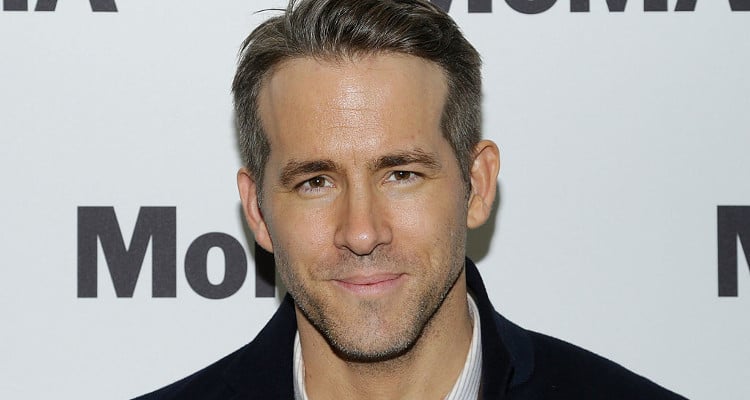 Ryan Reynolds has become a bankable Hollywood star after years of hard work in film and television. After the global success of Deadpool and his expertise in superhero roles, Reynolds has become a much sought after actor. With a healthy net worth of $65.0 millionand a lovely family by his side, the future has never looked better for Reynolds.

It may seem like Ryan Reynolds has become an overnight after the huge success Deadpool scored at box-office, but the Canadian actor has been quietly working his way up the Hollywood ladder. He has made a steady climb from TV series, to small-scale films, to big budget superhero extravaganzas, and has made a name for himself among Hollywood A-listers. Not just that, Reynolds has become a producer, as well. Reynolds has the unique ability to add his humorous style to any role he takes on, and the Reynolds charm has become box-office gold for his producers. Reynolds’ soft, unassuming behavior has many admirers today, and after his strong performance in Deadpool, Reynolds’ career has gone to the next level.

Reynolds was born on October 23, 1976 in Vancouver, British Columbia in Canada. His mother, Tammy, is a retail salesperson while his father, James Reynolds was a food wholesaler. Reynolds is the youngest of four brothers, and two of his elder brothers work as police officers in British Columbia. Reynolds attended Kitsilano Secondary School in Vancouver before enrolling at Kwantlen Polytechnic University, also in Vancouver. However, Reynolds dropped out as he was more interested in pursuing a career in acting than in his academics.

Also Read: Kris Jenner Net Worth: How Rich is the Kardashian Momager?

Getting a Break with a Solid TV Series 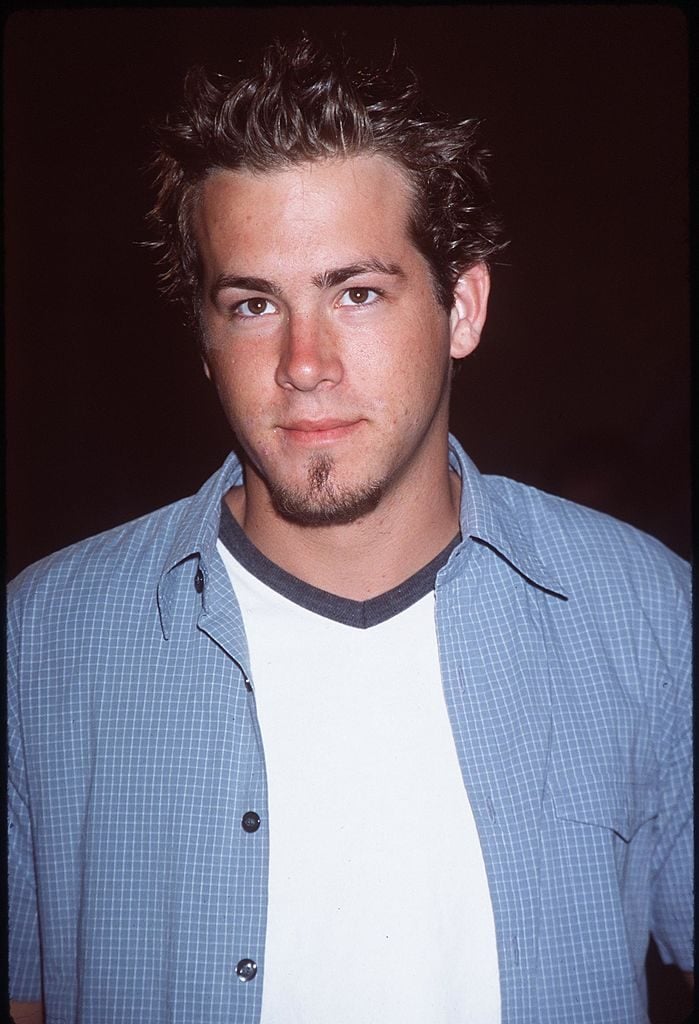 Reynolds’ career began in 1991, when he played the role of Billy Simpson in the Canadian soap opera, Hillside. Hillside was later telecast in America on Nickelodeon under the name, Fifteen. Five years later, Reynolds co-starred with Melissa Joan Hart in the TV movie, Sabrina the Teenage Witch. Reynolds’ big TV success came when he acted as medical student, Michael “Berg” Bergen in the popular ABC sitcom, Two Guys, A Girl and a Pizza Place. This role made Reynolds famous, and he shouldered the show for its full four seasons.

Giving His Best to Every Role

Then, Reynolds busied himself with roles in TV series and made-for-TV films like The X-Files [1996], The Outer Limits [1995-1998], Scrubs [2003], School of Life [2005], and Family Guy [2011]. Reynolds also made cameo appearances in films like Harold & Kumar Go to White Castle, The In-Laws, and Foolproof. Reynolds started getting offers to act in romantic comedies because film makers recognized his easy charm and cool personality (not to mention his looks). Reynolds then landed starring roles in movies such as Just Friends, Definitely Maybe, The Proposal and Adventureland. 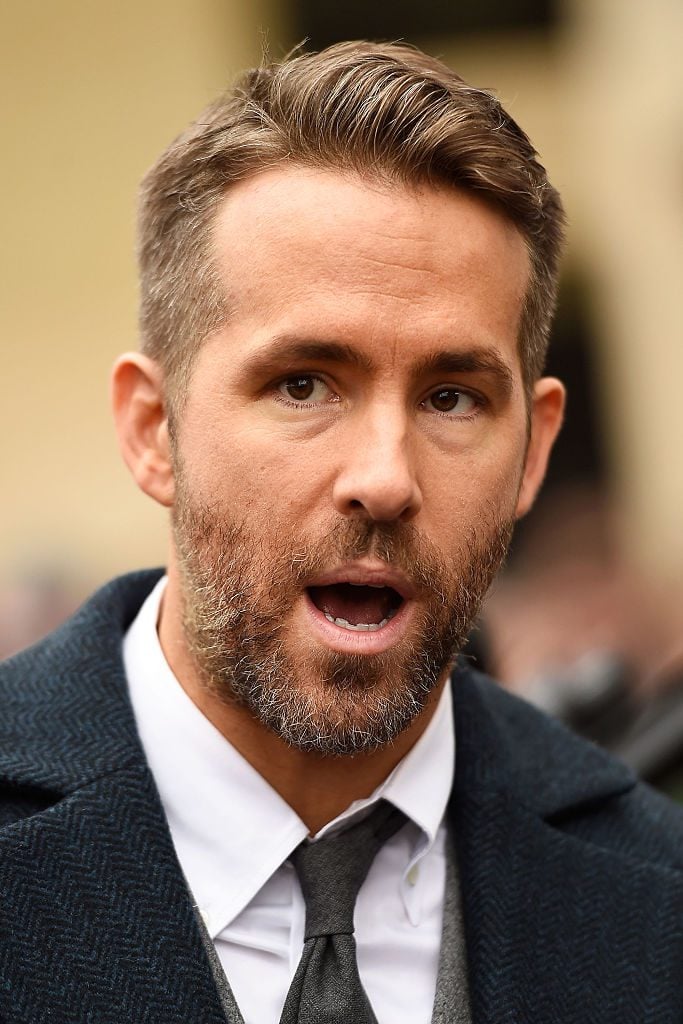 Reynolds had his first tryst with action in the film, Blade: Trinity. Reynolds had to undergo intense physical training to play the action-filled role of Hannibal King in 2004. He was on a roll at this point in his career, catching the eye of directors and acquiring quite the fan base! Reynolds then took on the terrifying lead role in the 2005 remake of the horror film, The Amityville Horror (rocking more shirtless scenes than we’d ever seen in the past). It was but a year later that he was cast as an FBI agent alongside Ray Liotta in the crime action film, Smokin’ Aces in 2006.

The Start of the Superhero Era

Then came the phase of superhero flicks, and thanks to Deadpool, it has made Reynolds a recognizable face among movie goers everywhere. In 2009, Reynolds played the role of Wade Wilson/ Weapon X in the prequel X-Men film, X-Men Origins: Wolverine, and received appreciation for his acting. Then in 2011, Reynolds played the title role of Green Lantern in the Warner Bros. film, Green Lantern, which did not perform as per expectations. However, Reynolds’ skill in playing superheroes did not go unnoticed and he landed the role that really put him on the map.

The Film That Changed His World

Over the next five years, Reynolds did a series of films from different genres and broadened his appeal among film goers. He acted in animation films like The Croods and Turbo, thrillers like Safe House and Self/Less, low-budget films like The Voices, The Captive, Mississippi Grind and Woman in Gold and a Dark Horse Comics film called R.I.P.D. (Rest in Peace Department). Then came the film that turbocharged Reynolds career, Deadpool. Reynolds again played the character of Wade Wilson/ Weapon X, but it was quite different from the portrayal he gave in the former X-Men film. This character was closer in spirit to the Marvel Comics source material, and it resonated big time with the audiences. Deadpool shattered box-office records and surpassed projected ticket sales all over the movie world. The good news for Ryan Reynolds’ fans is that a Deadpool sequel has been commissioned and should be hitting theaters in 2018!

Ryan Reynolds’ Earnings According to Years

In 2017, Reynolds will be seen in two films; namely the science-fiction thriller, Life and the action/adventure flick, The Hitman’s Bodyguard. With so many of his movies doing well, people are wondering how much money is Ryan Reynolds worth? Ryan Reynolds’ net worth is a healthy $65.0 million and set to grow with the release of his upcoming movies. Reynolds makes money from the brands he endorses, as well. Reynolds endorses Hugo Boss, L’Oreal, Nissan and Off-Leash K9 Training. In 2016, the Swiss watch brand, Piaget named Reynolds as their International Brand Ambassador!

A Great Home for the Family 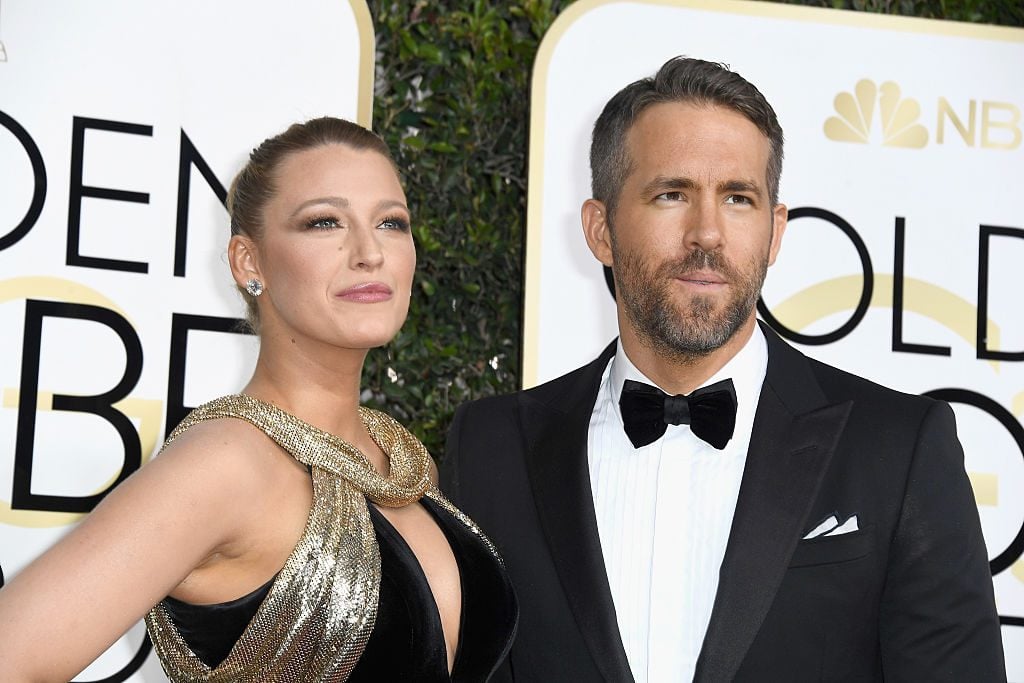 Reynolds is married to the beautiful model-turned-actress, Blake Lively. Reynolds met Lively while filming Green Lantern in early 2010. They started dating and were married on September 9, 2012, in Mount Pleasant, South Carolina. The couple has two daughters, and they guard their privacy very zealously. In June 2012, they purchased a home in Bedford, New York, where they currently reside. The home cost them $2.3 million and measures around 1.8 acres. It is a 4,743-square-foot residence with three bedrooms and four-and -half bathrooms. The three-storey home is located in comfortable woods with wide terraces, green lawns, and a vintage porch.

A Love for Bikes and Cars

While most people love cars, Reynolds is a fan and avid collector of bikes. His collection includes a Triumph Bonneville, a Ducati, and a custom-made 1964 Triumph 650 called 9’O Clock Gun. His latest possession is a Triumph Thruxton cafe racer, and Reynolds loves going for long rides on his bikes. He says, “You can’t do anything on a bike, except ride…breathe.” Reynolds loves cars as well, and one can see him and Lively cruising along in their sleek Lamborghini convertible. Reynolds also owns a red Dodge Challenger SRT8 that he takes out occasionally for a spin.

A Superstar in Waiting

With Deadpool hitting the bull’s eye at the box office, money rolling in and a happy family life, Reynolds could not be happier. The future looks very bright for Reynolds with the second Deadpool film on the way and his star on the rise in Hollywood. It won’t be long before Hollywood attaches the coveted tag of “superstar” to Reynolds’ name, and nobody can deny that it will be richly deserved.