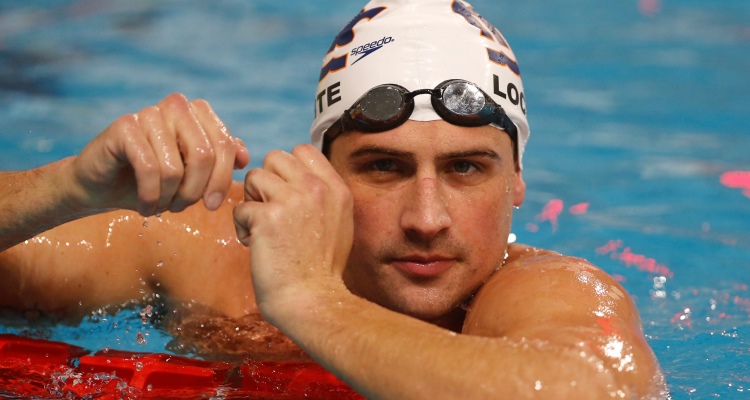 If you haven’t said your happy birthdays to Ryan Lochte yet, then no worries, because there is still time. The five-time Olympic gold medalist is 32 today and is well on his way to add a few more medals while in Rio de Janeiro for the 2016 Summer Olympics. In honor of Ryan Lochte’s birthday, we are going to give you our Ryan Lochte wiki, including the recent scoop on Ryan Lochte’s hair! He’s really got that silver fox thing down!

Ryan Lochte’s net worth of $3.0 million is made mostly from his extremely successful swimming career, as well as some endorsement deals. His career takes him around the world and he’s already earned 11 medals in total! He hopes to add more this summer at the 2016 Olympics in Rio de Janeiro, Brazil.

Ryan Lochte’s silver hair caught everyone off guard and to some, it seemed like a cry for attention. But we wouldn’t be surprised if the new hair doesn’t grow on anyone anytime soon, as it would take more than a bizarre hair color to make this handsome man look bad! The now 32-year-old Olympic swimmer had his hair dyed completely silver by stylist Jenn Jones, who works for Akasa Salon in Atlanta, Georgia. If you check out the official Ryan Lochte Instagram account, you will see the star athlete preparing to dye his hair. His latest picture shows him sporting his new style with fellow gold medalist Michael Phelps.

If you look up Ryan Lochte’s girlfriend, then you’ll find the name Kayla Rae Reid. Reid is a Playboy model and has been linked to Lochte for quite a while now. She has already been introduced to his mother, who’s already in love with her. Lochte, his mother, and Reid were seen having dinner together (on Lochte’s Instagram) and they were all smiles.

Does anyone remember when Lochte had his own reality show? If not, that’s probably because it only had eight episodes! In his defense, it was actually only meant to be a filler show. The E! reality show, What Would Ryan Lochte Do? showed viewers a day in the life of Lochte, including his friends, family, and love life. It ran from April to May 2007.

Lochte is the proud adoptive father of two dogs: Carter, a Doberman and Yeezy, a French Bulldog. Yeezy was named after Lochte’s favorite shoes, made by Kanye West.

Happy birthday Ryan Lochte and best of luck in Rio!