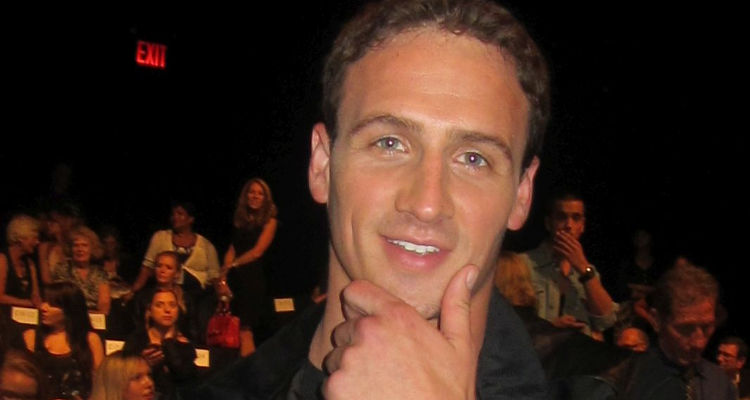 The surveillance tape released by the Brazilian gas station clearly showcases that no robbery occurred and can be viewed right here:

What Exactly Happened on that Fated Night?

Reportedly, the American swimming champions, Ryan Lochte, Jinny Feigen, Gunner Bentz and Jack Conger halted at the gas station to use the bathroom facilities, after spending the night together at a hospitality house called Club France. The foursome booked a taxi and stopped at the gas station around 4 a.m. In a TV interview, Lochte insisted he and his three teammates were held at gunpoint by armed robbers dressed as police officers, and were only allowed to go after they handed over money.

Who is Telling The Truth: Team U.S.A or the Brazilian Police?

However, Lochte’s story is now being refuted by the Brazilian police, who claim that no such incident occurred, and that the swimmers blatantly lied to the police and the media. A Brazilian police officer announced, “Unfortunately, the swimmers told one lie after another. We’ve been able to determine that there was no armed assault.” He further explained that the men dressed as police officers were in fact, security guards who took out their weapons after the swimmers allegedly tried to break down the bathroom door.

The 12-time gold medalist and his teammate, Feigen are being charged with falsely reporting a crime, but sources have claimed that the original video was edited by the Brazilian authorities and shortened by three whole minutes.

Who Released the Gas Station Footage?

A Brazilian newspaper, O Globo released the video, along with the report that read, “Images of a gas station security cameras on Avenue of the Americas, in Barra da Tijuca, west of Rio Zone, show the moment of confusion among the American swimmers and security establishment. According to the video, they come out of the bathroom…and then are unable to leave the premises by security.”

Brazilian Police Say that the Swimmers Must Apologize

The Police Chief in Rio requested that the athletes apologize to Rio because the truth was that they were drunk, and fabricated the entire story to cover up their misdeeds. The swimmers were allegedly “aggressive” and paid $20 (American) and R$100 (Brazilian Real) to cover the damages, and not as a payment to any armed robbers. Inconsistencies in the stories narrated by the swimmers led a Brazilian judge to order their passports to be frozen until further notice.

Subsequently, Gunner Bentz and Jack Conger were pulled off the plane when they tried to leave Brazil following the unfortunate incident. The two were allowed to return to their home country on August 19. At the time, Feigen was still in Brazil and their lawyers have said that the trio was “shaken” after being interrogated by the Brazilian authorities in Rio. Lochte’s passport was ordered to be seized as well, but he was already home in the U.S.A. Fellow team member, Michael Phelps was not involved in the incident at all. He was fast asleep when the incident occurred and did not party with his American teammates that night.