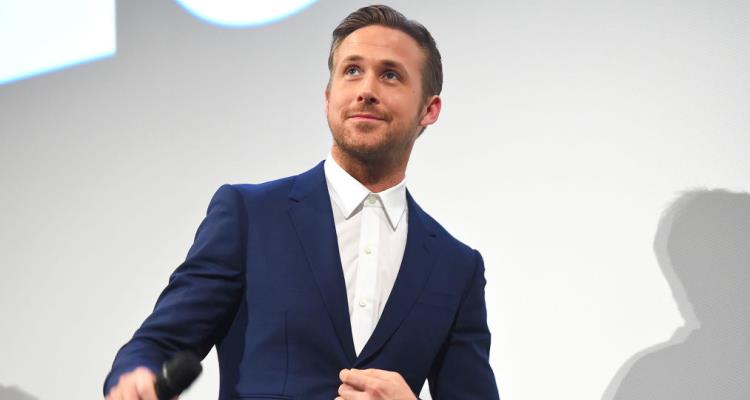 It looks like Ryan Gosling, 36, has a big supporter in Joe Jonas, former Jonas Brother bandmate and frontman for the hit band DNCE. In a recent interview with InStyle Magazine, Jonas was singing Gosling’s praises! It seems people are always praising the hot Canadian bred actor, and many have become interested in his growing family. Ryan Gosling and Eva Mendes’ kids are two of the most adorable you’ve ever seen, and it’s no surprise -just look at their parents! If you want to know more and catch up on Ryan Gosling’s kids, then you came to the right place. We’ve got all you need to know about them, right here.

The first of Ryan Gosling’s daughters is Esmeralda Amada Gosling and she was born in September 2014, meaning she will be 3 in a month! It took at least seven months before anyone could confirm Mendes’ pregnancy and before we knew it, the 43-year-old Miami, Florida native was pregnant with their second child—Amada Lee Gosling, 1, born in April 2016. The family currently live in a modest home in Los Angeles, which was formerly Ryan’s bachelor pad.

They Don’t Use Nannies

While Mendes and Gosling could afford to hire nannies, they choose not to for the earlier stages of their kids lives, but have stated they would consider it in the future.

“I’m doing it without a nanny for now but I’m open to the idea of having a nanny in the future,” The Place Beyond the Pines actress said to E! News. “Esmeralda has two amazing grandmothers and incredible aunties who come over and really help me. But as far as a nanny or a night nurse, for me that part of being a mother at this early stage is the struggle of not being able to sleep and not knowing what I’m doing and really going through it with her and battling out those nights.”

The Origins of Their Daughters’ Names

It’s pretty much expected for celebrities to give their kids the most outrageous names possible, but for Ryan and Mendes, they kept it in the family.

“My grandmother’s name is Amada, and Esmeralda Amada is the name of our oldest,” the actress revealed to Latina magazine. “We had a few names picked out for our new baby, and when she was born, we didn’t feel like those names were her. We came up with a few more, even that morning, and tried them out. We were like, ‘What about Viviana?’ But we just kept going back to Amada.”

She continued: “In true Latin fashion, we reuse names all the time. I used to know five sisters that were all Maria del Carmen, Maria Elena, Maria Liliana . . . I actually told [Ryan Gosling], ‘This is common in Latin culture, so it wouldn’t be crazy.’ . . .When we looked at her, we thought, ‘Aww, Amadita.’”

The Girls are Learning Spanish

When Ryan’s daughters aren’t sleeping or playing with each other, they get the chance to learn another language, and more about their mother’s culture.

“We’re constantly playing Cuban music,” the actress said of the Mendes-Gosling home to Latina. “I speak to them in Spanish, and my mom speaks to Esmeralda in Spanish. Well, now she speaks to both of them in Spanish. Any time I have an opportunity to introduce her or them—I have to say ‘them’ now, though my newborn just sleeps all the time—to my culture, whether it’s through music, or through food, I do.”

While there have been rumors of the Canadian actor (who’s starring in the upcoming film, Blade Runner) being married to Mendes, they have since denied them and continue to stay as close to their children as much as possible, given their schedules. But if there is a wedding —or even news of Ryan Gosling’s son—we wouldn’t be surprised if it was kept a secret! The two like to stay tight lipped!