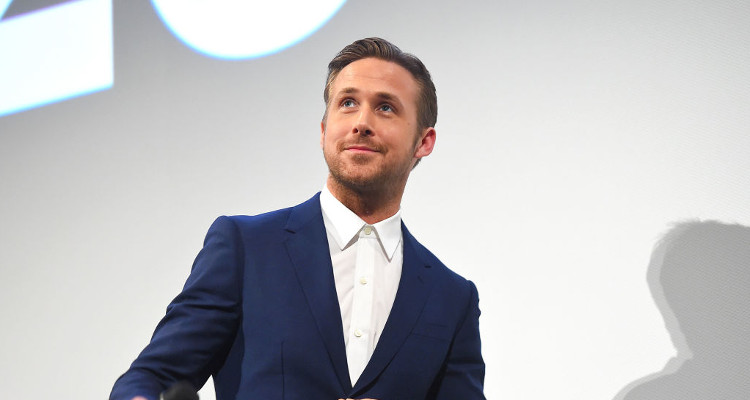 It’s official! Ryan Gosling will host the season 43 premiere of Saturday Night Live on September 30th, and fans can’t wait to see him make us laugh! Ryan Gosling’s net worth in 2017 is an estimated $30.0 million, which was earned through his television shows and films. Along with a few other upcoming projects, his highly anticipated Blade Runner 2049 expected to be a blockbuster hit this fall, and his worth is bound to grow. Keep reading to know just how rich Ryan Gosling is!

Born on November 12, 1980, Ryan Gosling started his career early in 1993 as a child artist on The Mickey Mouse Club. He soon appeared in Goosebumps and Are You Afraid of the Dark. In 2001, he made his entry in the world of films, starring as a Jewish neo-Nazi in The Believer. Ryan Gosling’s movies soon became the talk of the town, and there was no looking back for him. In 2004, his role in The Notebook proved to be his winning lottery ticket for both his fame quotient and bank account.

Ryan Gosling’s net worth has seen a dramatic rise in the past few years. As of 2017, his net worth is estimated to be $30.0 million.

Ryan Gosling’s most recent car is a classic black Toyota Prius. (Yes, a Prius.) But what he lacks in fancy cars, he more than makes up for with his gorgeous home. Situated in Los Angeles, Ryan Gosling’s house is absolutely incredible! He lives with his girlfriend Eva Mendes and their two daughters. However, reports say that the couple recently sold the Hollywood mansion for $1.27 million.

Keeping his current net worth in mind, it is interesting to note that Ryan Gosling’s salary for his Oscar-nominated role in 2006’s Half Nelson was $1,000 per week. Considering filming ended in 23 days, he was paid only $3,200! Unbelievable isn’t it? However, his income grew substantially over the next few years. The Notebook brought him into the limelight and he emerged as one of the highest-paid actors in the industry. And then, of course, there was La La Land, which only added to his success.

While Eva Mendes is not technically Ryan Gosling’s wife, she is his still leading lady. They both starred in The Place Beyond the Pines in 2011 and have been together since then. The couple was blessed with two daughters: Esmeralda Amada Gosling born in 2014, and Amada Lee Gosling in 2016.

In the last 20 years, Ryan Gosling has 42 acting credits to his name. A few, like The Notebook and La La Land, have been blockbuster hits and brought him to the forefront as an actor. Ryan Gosling’s films in 2017 include Song to Song and Blade Runner 2049 will hit theaters in October.

How Rich is Ryan Gosling?

Owing his wealth to his successful acting career, Ryan Gosling is richer than you might think. Having had steady work in both film and TV over the last 22 years, both his popularity and wealth have seen a sharp incline. With the phenomenal success of La La Land, which crossed the $300.0 million mark worldwide, it wouldn’t be wrong to assume that Ryan Gosling could literally swim in a pool of money.

Although there are many great actors with inspirational stories, Ryan Gosling has managed to touch audiences in his work on and off screen. There’s no denying his financial growth is impressive, but his versatility as an actor is what makes him unbeatable. With his diligent efforts and breathtaking performances, he has not only inspired his fans, but also his co-stars. Emma Stone, who starred as Gosling’s love interest in three movies so far, once said about the actor: “There’s this Ryan Gosling quote that I steal all the time —I watched an interview with him in Cannes— and he said picking roles is like listening to songs on the radio: There can be a lot of really great songs in a row, but the one comes on that just makes you want to dance.”