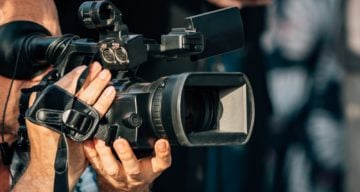 There are a few lineup changes at WTVC-TV, and Chattanooga residents are scrambling to find answers. Is Bill Race leaving WTVC-TV’s weather team? If so, who will take the meteorologist’s place? News Channel 9 welcomes Ryan Gold from Georgia to its team in October 2022. Viewers are eager to see the new meteorologist’s forecasts, but they also want to know what happened to WTVC-TV’s veteran weathercaster Bill Race. Find out about the changes in WTVC’s weather team here.

Penn State alum Ryan Gold has been a weather forecaster in Pennsylvania and Wyoming. In 2020, he joined WJBF-TV in Augusta, Georgia, where he did the weekend forecasts.

Gold left WJBF-TV in September 2022. After wrapping up his last day on the air in Augusta, Gold moved out to Chattanooga, Tennessee.

He is the newest meteorologist on Storm Track 9’s morning newscasts. He made his Good Morning Chattanooga debut on October 12.

While Chattanooga residents look forward to Ryan Gold’s weathercasts, they are also curious about Bill Race. The three-decade veteran of Storm Track 9 was filling in for the weekday morning forecasts for a while. Now that Gold joins the morning show, viewers are curious about what happened to Race.

Some questioned whether Bill Race is leaving WTVC, and others wondered if the long-time meteorologist is retiring. However, these are all rumors.

Bill Race is going back to his weekday timeslot and will continue at WTVC in the near future. He’s also ecstatic to welcome Ryan Gold to Storm Track 9 and work with him.