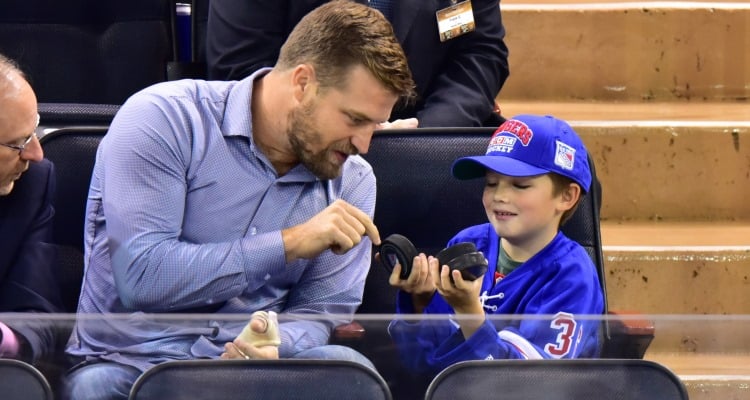 Ryan Fitzpatrick is ranked among the smartest players off the field for making some great career decisions. He has played for eight teams in his NFL career, and was a starter for almost every team. But hopping from one team to another hasn’t proven detrimental to the Harvard quarterback, as one would assume. This bankable player’s talents and smarts have built him an impressive fortune. Ryan Fitzpatrick’s net worth in 2020 is estimated at $18.0 million, and it’s projected to grow.

Ryan Fitzpatrick, born on November 24, 1982 in Arizona, played collegiate football at Harvard. He was a standout in the Ivy League, with records and honors to his name at Harvard.

Fitzpatrick was the last of the 14 quarterbacks in the 2005 NFL Draft when the St. Louis Rams selected him. He was known as the Harvard quarterback who boasted the highest score on the Wonderlic aptitude test among NFL quarterbacks.

The Rams signed him for a three-year, $953,000 contract. He would soon prove he’s more than just an Harvard alum, making rookie records and starting three games for the Rams.

Fitzpatrick was traded to the Cincinnati Bengals in 2007, before signing with the Buffalo Bills in 2009. They offered him a three-year contract and millions.

He then signed a two-year contract with the Tennessee Titans in 2013 before later being released. The Houston Texans would sign him in 2014 for two years, too. The following year, he was traded to the New York Jets. He had two seasons with the Tampa Bay Buccaneers before joining his current team of the Miami Dolphins in 2019.

Fitzpatrick’s career boasts eight NFL teams. And he is the only NFL player in history to start at least one game for all of the teams he has played for, proving he can give other quarterbacks a run for their money.

The value of Fitzmagic’s contract has only grown with every team. From his first contract worth $953,000, he signed a $7.4 million contract with the Bills in 2009.

He signed the most lucrative contract of his career in 2011 with the Bills. His contract extension was valued at $59.0 million, including a $10.0 million signing bonus.

Also Read: Ari Fletcher’s Net Worth: How Did the Instagram Model Build Her Wealth?

A free agent after the 2015 season, he signed a one-year contract with the Jets for $12.0 million. His contract was voided in 2017, and he would sign with the Buccaneers for $3.0 million.

His 2019 contract with the Dolphins is worth $11.0 million for two years. The latest contract brings his total career earnings over 16 seasons to over $71.0 million.