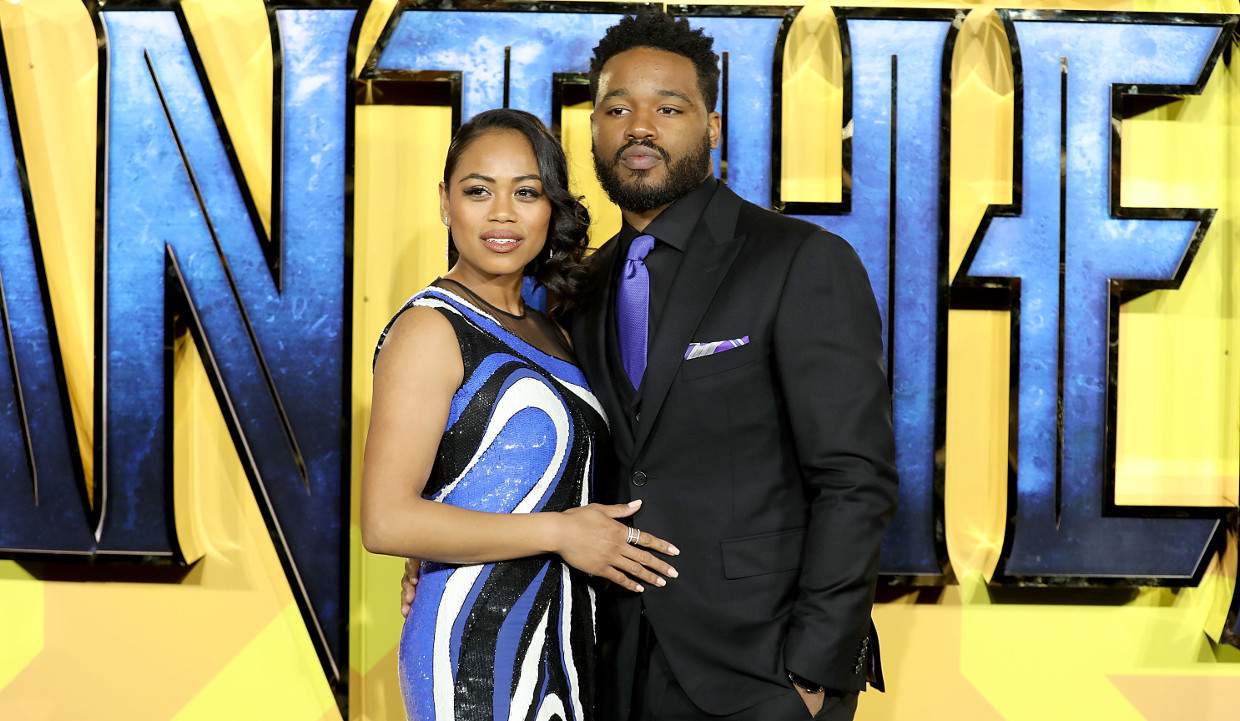 Ryan Coogler is the uber-fantastic director behind the blockbuster, Black Panther. But Ryan Coogler’s wife also deserves the spotlight, which he so often loves to turn on her. Keep reading for more on Zinzi Evans, the woman behind Ryan Coogler’s success.

MCU fans are crushing over the Wakandan power couple, and it’s not T’Challa and Nakia! The director who made this superhero masterpiece happen, Ryan Coogler, wins Husband of the Year for his dedication to his wife.

Not to spoil too much for those who haven’t seen Black Panther yet, but Coogler mentions a special thanks to his wife, Zinzi Evans, for her support.

If you want to gush more about the Black Panther filmmaker and his wife, then check out details from Zinzi Evans’ wiki, right here!

Born on April 18, 1985, in Oakland, California, Evans could probably rival any of the Wakandans in athletic prowess. She graduated from California State University, Fresno, where she was a scholar-athlete.

Zinzi Evans’ parents are Maria and Zishan Evans. She has six siblings—five sisters and one brother.

Her hobbies include music, dance, and volleyball. But her strength lied in cross-country racing.

As a high school letterman, Evans won seven league championship titles and served as team captain for three years. She was one of the top cross-country runners for the Fresno Bulldogs.

Zinzi Evans graduated from California State with a Bachelor of Arts in communicative disorders and deaf studies. She’s an American Sign Language interpreter and worked with the Deaf Counseling, Advocacy and Referral Agency (DCARA) until 2015.

Now, she is employed as a freelance interpreter. She even worked with Apple when they were working on software training for hearing impaired clients.

The Twitterverse is in awe of Ryan Coogler’s wife and her job. Since her name appeared in the credits, fans have been expressing their admiration for the work she does.

Do Ryan Coogler and Zinzi Evans Have Kids?

Evans and Coogler have been together for a long time and were married in May 2016. They are low-profile but make one hot couple on the red carpet, that’s for sure!

Coogler recently released a statement thanking Marvel fans for their overwhelmingly positive response to Black Panther saying, “But to see people of all backgrounds wearing clothing that celebrates their heritage, taking pictures next to our posters with their friends and family, and sometimes dancing in the lobbies of theaters – often moved me and my wife to tears.”

The filmmaker is now eager to have kids with his wife, and he specifically wants daughters. The cast of inspiring women, which included Lupita Nyong’o, Danai Gurira, Angela Bassett, and Letitia Wright, struck a chord with him. Now, he wants to have girls!

“I found I want daughters real, real bad,” Coogler said. “Like plural. I thought, making Fruitvale Station, I want kids. But like, on this one, I have to have some daughters.”

Well, either way, we hope that Ryan Coogler will make another movie with Marvel heroines kicking butt!