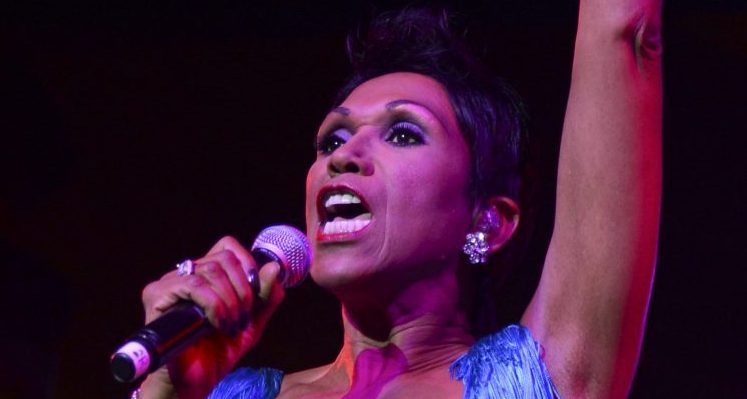 Ruth Pointer was the eldest of her siblings, and together, they formed the all-girl band, The Pointer Sisters. They struggled for a while but then notched a string of hits, with their biggest moment coming in 1983 with the release of their breakthrough album, Break Out. People still remember the band’s heydays in the 1970s and 1980s with classic songs like, “I’m So Excited,” “Neutron Dance,” and “Automatic.” Ruth Pointer still performs under the name of The Pointer Sisters, along with her daughter and granddaughter.

Dennis Edwards, the man behind iconic hit songs like, “Papa Was a Rolling Stone” and “I Can’t Get Next to You,” has passed away. Edwards was the on-again-off-again lead singer of the legendary Motown band, The Temptations, and was responsible for many of their hits. He is survived by his daughter, Issa Pointer.

Edwards’ family has confirmed that the notable singer, a native of Detroit, died on Friday, February 2, 2018, in Chicago, Illinois. However, a cause of death has not yet been revealed.

Dennis Edwards’ daughter’s mother is Ruth Pointer. The couple tied the knot in 1977, but their marriage was short-lived. Ruth Pointer’s daughter, Issa Pointer, was born in 1978.

Now with Edwards’ death, people are curious to know more about his ex-wife. So, keep reading for details from Ruth Pointer’s wiki.

Who Is Ruth Pointer?

Born on March 19, 1946, in Oakland, California, Ruth Pointer’s age is 71. She is an American R&B and soul singer and the eldest member of the band, The Pointer Sisters.

The Pointer Sisters was formed in 1969 by sisters June and Bonnie Pointer, and the duo began singing in clubs. The group became a trio when their other sister, Anita Pointer joined them.

Ruth Pointer joined The Pointer Sisters in 1972. The band released their self-titled debut album in 1973 on the Blue Thumb label.

After struggling for a while, the band struck gold with hits like, “Yes We Can Can,” “Fairytale,” and “How Long (Betcha Got a Chick on the Side).” That’s when Bonnie Pointer quit the group to start her solo career.

However, Ruth Pointer and her other two sisters went on as a trio. They continued to have hits with their cover versions of songs like, “Fire,” “He’s So Shy,” and “Slow Hand.”

The Pointer Sisters achieved commercial success when they released their album, Break Out. The album contained hit songs like “Automatic,” “I’m So Excited,” “Jump (For My Love),” “Baby Come and Get It,” and “Neutron Dance.”

“Automatic” and “Neutron Dance” had Ruth Pointer on lead vocals. The songs became monster hits and reached the top 10 of the Billboard 100 Chart.

The Pointer Sisters won two Grammy Awards for the album, and it cemented their place as one of the most popular all-girl bands of all time. And the band has been credited for inspiring many other female music stars that followed.

The sisters later went their separate ways due to various reasons.

Bonnie Pointer performs once in a while, but it is really Ruth Pointer who is keeping the band alive today.

Ruth Pointer along with her daughter, Issa Pointer, and her granddaughter, Sadako Pointer, still performs as The Pointer Sisters. The band tours both in the U.S. and abroad, drawing crowds even today.

The singer is currently married to her husband, Michael Sayles, and he is the father of her twins.

Even though Pointer had a drinking and drug problem earlier, she is clean now. She admits that her faith in God got her out of darkest phases of her life.