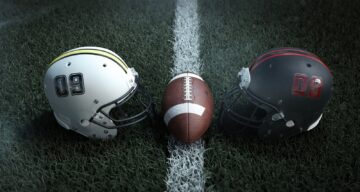 Tampa Bay Buccaneers Russell Gage suffered a neck injury and concussion while playing on January 17, 2023. Of course, his loved ones and admirers are concerned and standing by his side. Russell Gage’s girlfriend, Kentreá George, was also in the stadium during the incident. In fact, she shared a video from the ground on her Instagram Stories before the accident. Now, she has shared updates about his health, too. The NFL player’s fiancée has been with him since high school. Get to know more about the supportive WAG in this Kentreá George wiki.

Kentreá George was born on February 21, 1997, to Barbara George and Leo Brownfield III, in Erwinville, Louisiana. Her parents are from the Caribbean.

Her dad works at Watson Mechanical Services, Inc in Baton Rouge, Louisiana. And she has at least one younger brother named Kyle, who turned 14 years old on September 2022.

Kentreá Jaschwan George went to Redemptorist High School until 2015. The WAG was a soccer player in her high school.

In 2020, George graduated with a degree in wildlife ecology from The Louisiana State University College of Agriculture. But she changed her major while in the program, pushing her graduation back by a year.

Interning with WAFB-TV was one of her very first jobs before college. However, Kentreá George’s current work status is unknown.

Russell Gage and Kentreá George studied at the same high school and university. So, they have known each other for a very long time. The footballer introduced his girlfriend for the very first time on social media when he proposed to her in 2021.

On July 25, 2021, Gage posted, “A weekend I won’t forget! The best YES I could’ve ever received! Love you forever.” And George also shared the couple’s pictures on social media at the time.

George was with Gage during the 2018 NFL draft, and the footballer spoke about it on his YouTube channel. He said he locked himself with his girlfriend in his room at the time, and she gave him so much comfort that he didn’t want to be with anyone else.

As the rounds passed and he didn’t get a call, Gage started thinking he won’t be drafted. And then he got a call on the sixth round from Atlanta. The pair had never felt more joy than at that moment.

Another interesting fact about his fiancée is that she had no idea he was a football player. George knew Gage played sports but didn’t know it was football. The athlete felt he had met someone rare then and wanted her to be his wife.

Even now, Kentreá George is by his side after the tragic accident. She shared an Instagram Story and thanked everyone on the footballer’s behalf for their phone calls and DMs.

George said, “Happy to let you guys know that Russ is feeling better and is moved by all of the well wishes.”