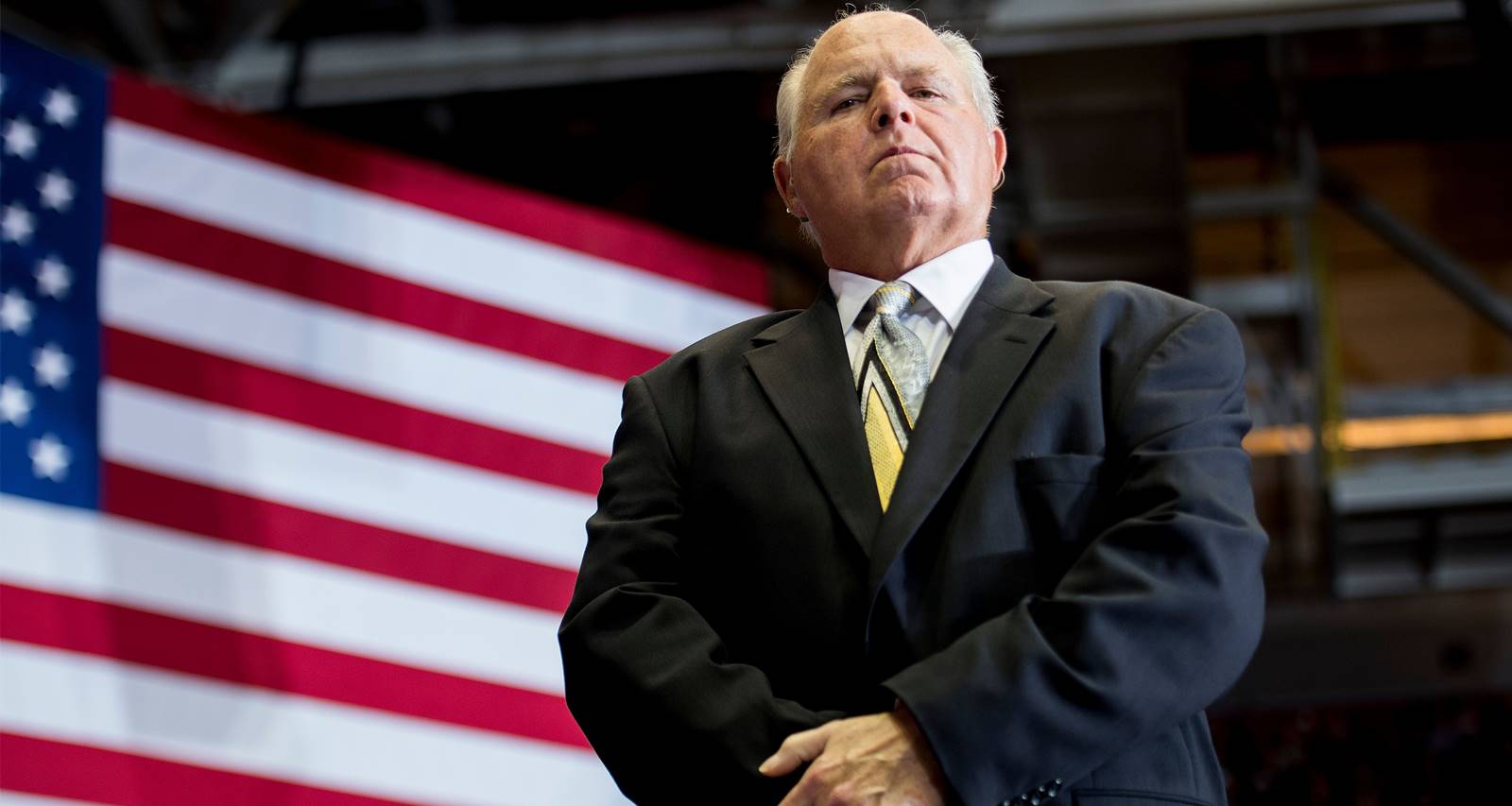 A day after announcing he was diagnosed with lung cancer, Rush Limbaugh was awarded the Presidential Medal of Freedom during President Trump’s State of the Union address on February 4, 2020. The conservative radio host has hosted The Rush Limbaugh Show for over three decades. And with his long-running career, he has built an estimated net worth of $600.0 million in 2020. A recent contract extension he signed will keep him as one of the top-earning radio personalities in the country, even though he will miss a few shows owing to his cancer treatment. To celebrate one of the greatest moments of Rush Limbaugh’s career, we trace how he built his fortune through his radio empire.

Rush Limbaugh Has Hosted His Radio Show for 31 Years

Missouri native Rush Limbaugh was born on January 12, 1951 and had shown his inclination towards the radio industry at a young age. He was 16 when he began working at a local radio station and would drop out of college to focus on his career.

In his early career, he was a radio DJ at stations in Pennsylvania, Missouri, California, and New York. But it was his nationally syndicated broadcast, The Rush Limbaugh Show, that would be his claim to fame.

The self-titled show premiered in 1988 and went on to carve a niche for conservative political commentary in broadcast media. It’s one of the most popular shows in the country, which has made Limbaugh a popular host who deserves every penny he’s paid.

His contract earns him an annual salary of approximately$85.0 million, and in 2019, Forbes estimated he earned $87.0 million in radio and other income avenues.

In 2001, he signed a contract that would keep him on the show through 2008 and earn him around $31.25 million annually. But it would be his 2008 contract, valued at $400.0 million for eight years, with Clear Channel that would make him one of the highest-paid radio hosts in the world.

He signed a contract extension in 2016 that continues to make him over $85.0 million a year through his broadcast work alone. His salary, however, is a tad under Howard “King of All Media” Stern’s annual earnings.

For three years straight, Stern has been Forbes highest-paid radio host, with Limbaugh coming a close second. However, in 2019, both Stern and Limbaugh dropped a spot when Phil McGraw began commanding the radio airwaves and raked in $95.0 million to earn first place.

KARHL is an acronym for “Kathryn and Rush Hudson Limbaugh,” named after himself and his current wife, Kathryn Adams Limbaugh. Under the company, he launched his own beverage brand of iced tea called Two If By Tea.

We have been deluged with people who want a Two If By Tea with no sweetener and no sugar. So we listened. And today we…

A bestselling author, he has published around seven books, of which he and his wife co-authored five titles in the children’s adventure series, Rush Revere. Book sales and tours and merchandise further add to the revenue.

Limbaugh Hosts His Radio Show from His Florida Home

The popular host fell in love with Palm Beach, Florida when he spent the 1995 Memorial Day holiday there. The following year, he moved his base from New York City to Florida, and made Palm Beach his home.

Limbaugh has been married four times and has no children. He lives there with Kathryn and broadcasts his nationally syndicated show from there.