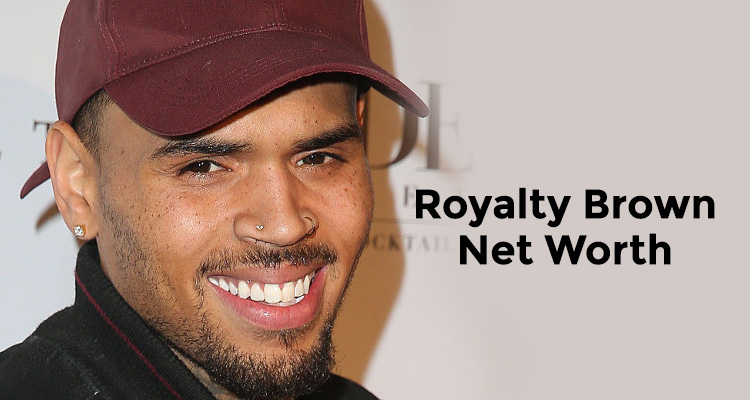 Singer Chris Brown had a wild and uneven life before the birth of his daughter, Royalty Brown. Now he loves being an adoring father, and loves watching his daughter grow up. Royalty Brown is a princess whose net worth is almost $50.0 million. Her father still has many years of singing and making music in his career, so her net worth is sure to rise.

Royalty Brown’s age might just be two, but she already has a huge influence on bad boy Chris Brown. In fact, Brown has said “I take great pride in being a father. I love my daughter. This little lady has given me strength, unconditional love, and most of all purpose.” With daddy being a famous singer and mommy being a model, it’s fair to wonder about how much Royalty Brown is worth. We will tell you all about Royalty Brown’s net worth right here.

Royalty is too young to get involved in money matters right now. She is too busy playing with toys and other toddlers! Royalty Brown’s mom, Nia Guzman, does not have much money. Though she used to be a model, she is now involved in nursing. Chris Brown, on the other hand, is loaded. According to sources, Chris Brown’s net worth is about $50.0 million. So it is safe to say that Royalty Brown’s net worth will come from her father’s $50.0 million.

Royalty Brown has two doting parents giving her unconditional love and affection all the time. This was not always the case. There was a bitter custody battle between Brown and Guzman in an attempt to give Brown legal permission to visit his daughter, who was being raised by Guzman at the time. The courts ruled in Brown’s favor, and he got legal permission to spend time with Royalty. Brown’s joy knew no bounds when this bit of news came that he dedicated a whole album of his to Royalty.

Dedicated to His Daughter

Chris Brown’s seventh studio album, released in December 2015, was named Royalty and was dedicated to his daughter. The album cover has a photograph of Brown holding his daughter in his arms while looking at her with immense love. Talking about the album, Brown said in an interview, “The album is called Royalty because it represents where I’m right now in my life, and my daughter is the biggest part of my life.”

THE ONLY LIGHT IN MY DARKNESS! You are here to learn grow and love! ❤️ you saved what was left of my heart! ?? pic.twitter.com/0jxH4CRltc

Royalty already has a sizable following for a two year old. Her fans are always trying to know more about her, and the paparazzi make a beeline for Royalty whenever they see her. Royalty loves ballet, but Guzman has revealed that Royalty is a tomboy. Royalty Brown loves skateboarding, and playing with trucks and cars. Her style is versatile, as she still loves wearing pink dresses, and tries to walk in heels.

Royalty has a very close and loving relationship with her father. Her mother says that Royalty is a daddy’s girl and that Chris Brown simply adores her. He pampers Royalty with lots of toys and dolls. Talking about the special bond between daddy and daughter, Guzman said, “She adores him. Especially when he’s on the road. She always wants to call him. She’s pretty attached to him. I think that it’s a very intimate and beautiful relationship that they have.”

Though Guzman and Brown don’t always get along, both have put being good parents to Royalty far above anything else. Nia Guzman wants Brown to be a great dad to their daughter, “I’m doing all I can to co-parent and make sure Royalty will never see negativity me and Chris have. No matter what issues we have, I will always be 100% for him to be there and be hands-on.”

Royalty loves to dance to her dad’s music, and she even starred in Brown’s video for “Little More.” He posts pictures of him and his daughter on his social media accounts with gushing captions. Before Royalty’s arrival into his life, Brown got into a fair bit of trouble with the law. His attitude has changed, and it looks like being a father has done a great deal of good for Chris Brown.

Check out the Royalty Brown pics on Chris Brown’s social media accounts. She looks like one happy and positive kid in all of them. Brown too looks far more positive these days. It’s amazing how a little girl can have such a positive impact on a man! There is nothing but happiness and love between this father and daughter duo, and it is nothing short of contagious.