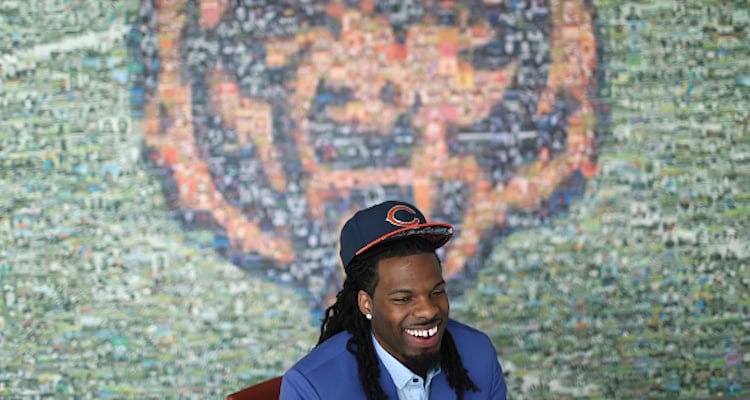 Who is Kevin White dating? That’s what everyone is asking after the recent incident she was involved in. If you want to know more about Kevin White’s girlfriend, then take a look at our Roxy Gbor wiki.

Roxy Gbor is the girlfriend of Chicago Bears wide receiver, Kevin White, who is 24 years old. Roxy Gbor’s age is 26, and though it is unclear what she does for a living, we do know that her real name isn’t Roxy, it’s Roksana! As much as she’s been publicly seen with White, people may find it hard to dig up some dirt on her —she likes her privacy. One thing is for sure: She’s very much in love with White, and the feeling’s obviously mutual!

this love's so deep even the ocean is jealous ??☀️ @mrwhite

closing one chapter. opening the next. not enough words to describe how in love i am with this man. i said it once and i'll say it again, one nfl team is about to be the luckiest team in the league. ready to start this journey and stand by your side, i love you babe #nfldraft #2015 ?? #teamus #teamlonghair

If you’ve been curious about Roxy Gbor’s hot pics, then there is every chance that you will find them on her Instagram account. She mostly posts pictures of her and White, or her on the beach toasting to how amazing her life is! Though there’s no proof as to what she does for a living, all signs point to her being a model, especially with all of those glamour shots posted! Thanks to some digging, we found out that she works for 10 Management, a modelling agency in Chicago. Looks like we may have an up and coming power couple over here!

According to TMZ, White’s girlfriend was the victim of an elaborate crime scheme called the “Bump and Run” on Thursday. Chicago Police said that White’s girlfriend was driving his white Maserati on Thursday night (May 11), when she was struck by another vehicle in the city’s West Town. When she got out of the car to exchange information, someone (possibly an accomplice) suddenly drove off with White’s Maserati! Gbor was left stranded and called for help and was luckily unharmed.

“This suggests a team of individuals doing this. One drives, both of them are in the car. Sometimes they use a female to bump the other car. If the female knows it’s another female, then she gets out, lets her guard down, someone comes from behind, they jump in the car and they take off in the car,” said community activist Andrew Holmes to ABC 7 CHicago.

Gbor’s incident was the latest in “Bump and Run” thefts that have occurred in the city. Chicago police are still looking for White’s luxury vehicle and so far no one is in custody.