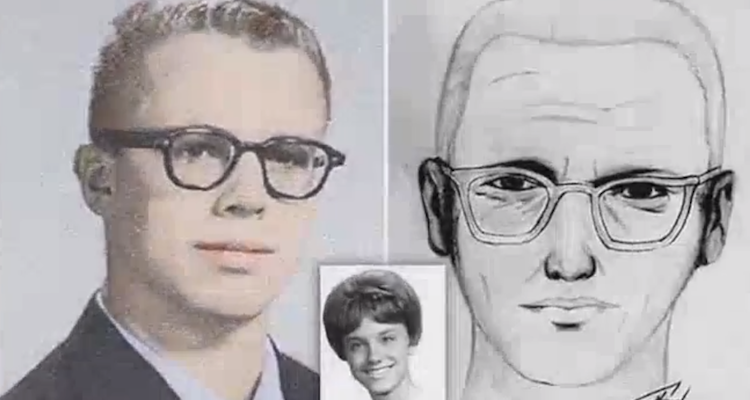 The Zodiac Killer case is one of the most well known and famous unsolved series of murders in United States’ history. He taunted the press and police with letters, and may have 37 murders to his credit, possibly more. But who was he? A new History Channel program is pointing towards a man named Ross Sullivan. Who is Ross Sullivan? Is Ross Sullivan still alive? In our Ross Sullivan wiki, we will examine what is known about the man in question and his connection to the Zodiac Killer case.

To understand why the History Channel’s show, The Hunt for the Zodiac Killer has pointed to Ross Sullivan as a suspect, you have to look at the murder of Cheri Jo Bates. She was murdered on October 30, 1966, her body found by a janitor in the early hours of the morning. Bates was viciously beaten and stabbed. Almost a month later, two nearly identical letters, titled “The Confession,” were sent to Riverside Press-Enterprise. The letters were followed by the discovery of a poem carved into a desk at the Riverside City College Library, which was not too far from where Bates’ body was found. The poem was very similar to the letters in terms of style and was signed with letters that resembled “rh.” Six months after the murder, more letters were sent. Eventually, the Zodiac Killer mentioned who took credit for the activity in Riverside. To this date, no official connection between Bates’ murder and the Zodiac Killer has been confirmed, but there are definitely similarities. And this is where Ross Sullivan enters the story.

Who is Ross Sullivan?

So, where does Ross Sullivan fit into this story? He was a young man who worked at the Riverside City College Library when Bates was murdered. He tended to wear military clothing most of the time, and was arrested in 1968 for bizarre behavior. He was also the police’s number one suspect for the murder at the time due to his demeanor and clothing (a boot print was found near the body that was possibly made by an army boot). It stands to reason that if Sullivan committed this murder and wrote the letters, he could have evolved into the Zodiac Killer. If you see photos of Sullivan during that time period, he does bear a remarkable resemblance to one of the police sketches of the Zodiac Killer.

Is Ross Sullivan the Zodiac Killer?

History’s The Hunt for the Zodiac Killer is still airing, so there is a little bit of television suspense involved. According to the show, they may have touch DNA from Bates’ pants that may help link the murder to the Zodiac’s crimes. The show also claims that they cracked portions of Zodiac’s ciphers. Where does this leave Ross Sullivan? Apparently, the show has focused on two main suspects: Ross Sullivan and another man, Lawrence Kane. The show isn’t giving away their findings yet, but even if it turns out that Sullivan is guilty, it may all be for naught. Personal details about him are very few and far between. Is Ross Sullivan dead? You’re guess is as good as ours, as we currently can’t find much on him beyond what we’ve mentioned. We know he would be in his 70s at this point, assuming he’s alive.

But it should also be said that there was always conflicting opinions on the Zodiac Killer. Did he send all of the letters? There have always been arguments against the idea and that Zodiac may have only written some of the correspondence that he is attributed to. And if that’s the case, did the Zodiac write the letters to the Riverside Press-Enterprise, or was it someone else? If it was someone else, was Ross Sullivan that person? Maybe The Hunt for the Zodiac Killer may have the answers by the end of its run.