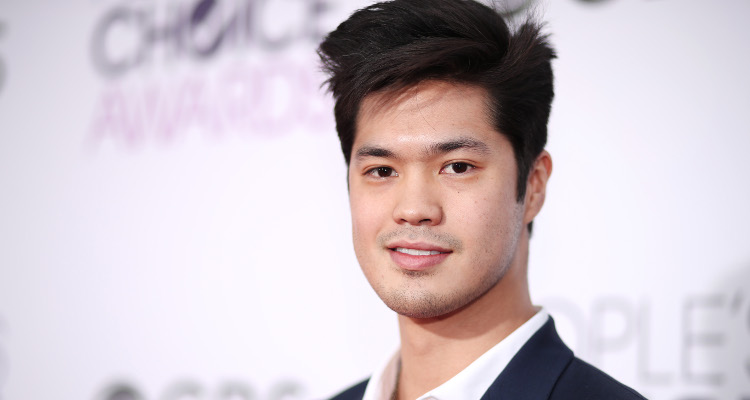 It was a tough role to take on, but Ross Butler took a chance and scored big. His performance in Netflix’s latest hit series, 13 Reasons Why is being buzzed about and has brought this hard-working young actor many accolades. With unusual roots and loads of talent, this actor is looking forward to a bright future.

Netflix’s new series, 13 Reasons Why has become a sensation ever since its release on March 31, 2017. The series chronicles the difficulties and angst of teenagers in a darker, never before seen, light. Its young cast has been praised by both critics and fans for their terrific acting and emotionally charged scenes. One of these rising stars is Ross Butler, who plays Zach Dempsey on the show. People are curious to know more about Zach from 13 Reasons Why, so we have some details from Ross Butler’s wiki.

Oh you like to play Cards Against Humanity? That's cool. Please, tell me in detail about every time you've won a round. #SassySunday ?: @michaelbecker88 Dat style: @kimmyerin

Ross Butler was born on May 17, 1990 in Singapore, making Butler’s age 26. Butler was born to an American-British father and an Indonesian mother. He was raised by his mother in McLean, Virginia, where he studied at Langley High School in Fairfax County, before enrolling at Ohio State University. Butler had an interest in acting and, after spending just one year in college, he decided to drop out, move to Los Angeles, and start taking acting classes. He may be new to the spotlight, but he’s already got a few acting credits under his belt, and with the huge success of 13 Reasons Why, we imagine we could be seeing much more of him!

Moving Up the Ranks

Quite possibly the most appropriate "going to New York" sweater in existence. Still not flying out of LA till tonight, so until then I'm just gunna not wear pants to balance it out. #ILoveLA #ButIAlsoLovePasta Sweater by @enfantsrichesdeprimes

Butler’s first acting gig was in 2012 when he was cast in the TV film, The Gateway Life. In 2013, he was in the short film, Work It Out and the TV show, Major Crimes. He then settled into doing work in both small films and TV shows for the next four years and developed an impressive body of work. He appeared in budgeted movies like Two Bedrooms, Rules of the Trade, and Hacker’s Game. Butler also did several TV movies like Camp Sunshine, Teen Beach 2, and Perfect High. His popularity grew with recurring roles in the shows K.C. Undercover and Teen Wolf.

Ross Butler’s performances in teen-oriented shows were noticed, and he earned the role of Reggie Mantle in The CW’s, Riverdale. He has been praised for his acting in this dark adaptation of Archie Comics. However, it was his role as Zach Dempsey in 13 Reasons Why that has brought Butler into the spotlight. In it, his character gets rejected by Hannah Baker (Katherine Langford). Stung, he decides to emotionally sabotage her, becoming one of the reasons why Hannah ultimately commits suicide.

When you wake up and hair so good you don't wanna shower. Jk, its pretty ridiculous. Picture does not do it justice

The first thing people notice is how big he is! Ross Butler’s height is a whopping 6’3″, making him the perfect jock to cast for the role. Off-screen, he is a fun loving person who likes to hang out with his friends and cast members —just take a look at his Instagram account! You can catch Bulter’s performance in 13 Reasons Why on Netflix, and catch up on Riverdale before it returns on April 27, 2017 on The CW web site.