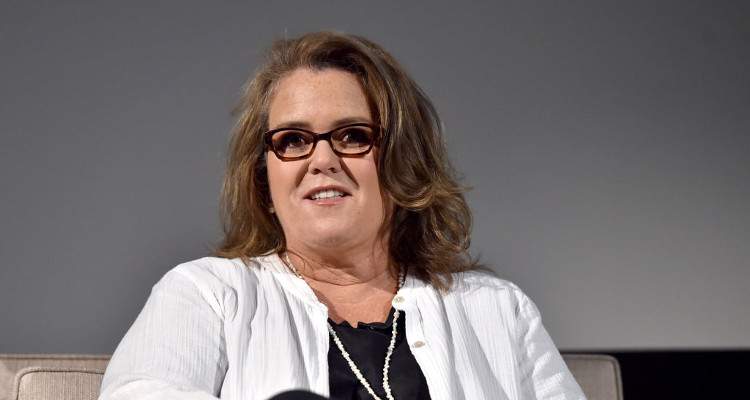 American actress, Rosie O’Donnell’s relationships have always received a lot of media attention in the past. Recently, it’s been rumored that O’Donnell’s in a new relationship. But, is this just a rumor or is there an element of truth in it? Keep reading to find out!

So, who is Rosie O’Donnell’s new girlfriend? To answer that question, Rosie O’Donnell is currently dating a 33-year-old named “Rooney,” who is a police officer in Boston. On The Howard Stern Show, O’Donnell revealed that they’d met at a charity event. She admitted that she initially was hesitant about entering a new relationship, but eventually, she put her guard down and decided to go with the flow.

Later in the interview, she revealed that marriage wasn’t ever going to be in the cards because of her relationship with Michelle Rounds, her second wife.

When Stern pried further, O’Donnell  said, “I got married in between and you knew Michelle and that was a very troubled situation, and I think that for me being 55, I think I would just rather stay in it for love and not have to deal with lawyers if god forbid it didn’t work out.”

Rosie O’Donnell was married to Michelle Rounds from 2012 to 2014. But before that, she’d also tied the knot with Kelli Carpenter, and the couple remained married from 2004 to 2007.

Happy Birthday @parker_odonnell !!! I love you very much and look forward to celebrating with you soon! Cheers to many more Happy and healthy birthdays!

Between 2009 and 2011, she was in a relationship with Tracy Kachtick-Anders.

She’s always been in the news for both her career and personal life and though past relationships of O’Donnell’s have not worked out so well, the media constantly hounds her to find out who she might be dating next.

Apart from Rosie O’Donnell’s girlfriends, Elizabeth Hasselbeck’s feud with her on The View was talked about for quite a while. On May 23, 2007, the duo bickered on the talk show while discussing the Iraq war and, to put it mildly, the discussion got very heated.

A post shared by Elisabeth Hasselbeck (@elisabethhasselbeck) on May 1, 2017 at 11:04am PDT

The episode continues to go down as one of television’s biggest on-air feuds. The fight began when Rosie O’Donnell called Elizabeth Hasselbeck “cowardly.”

Hasselbeck replied, “Do not call me a coward because, number one, I sit there every single day and open my heart to tell people exactly what I believe.”

Later, it got so intense that the producers made a split screen on the spot, showcasing both women and their reactions at the same time during their debate. If you haven’t had a chance to check out the “catfight” (as many dubbed it), check it out here!

It’s great to see that Rosie O’Donnell has found love again and she seems blissfully happy with Rooney. We wish the couple much love and happiness in their future going forward!