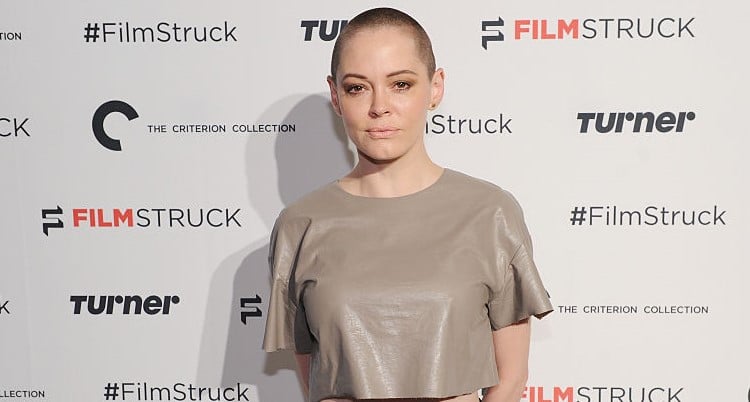 Charmed actress Rose McGowan has now come forward claiming that movie mogul Harvey Weinstein sexually assaulted her many years ago. Did Weinstein rape McGowan? With the scandal growing every day, many more are coming forward and sharing their stories. With her life now back in the limelight, many are wondering how the actress is doing financially. How much is the actress work? To learn more about Rose McGowan’s net worth of $18.0 million and how she acquired it, read on.

Rose McGowan is an actress with a net worth of $18.0 million. Best known for playing a victim in the 1996 hit horror flick, Scream and the ice-cold queen bee in Jawbreaker (1999), the charming actress has been in the movie business since 1992. She is also known for her television appearances on The WB supernatural saga, Charmed from 2001 to 2006. But a huge chunk of her current net worth comes from her roles in movies throughout the last two decades.

McGowan was born in Certaldo, Italy to American parents. She was 10 when her parents moved back to the U.S. and settled in Eugene, Oregon. Just after her parents separated, McGowan moved out of her house at the age of 15 and started living out her acting dream in Hollywood. She got her movie debut playing Nora in the hit 1992 comedy, Encino Man. McGowan rocketed to Hollywood stardom when she was seen as Tatum Riley in the iconic garage-door murder scene from Scream (1996). McGowan has also starred in movies like Going All The Way (1997), Devil in the Flesh (1998), Ready to Rumble (2000), The Black Dahlia (2006), the Grindhouse double feature (2007), and also in the 2011 remake, Conan the Barbarian. McGowan is believed to have earned more than $5.0 million from these movies. 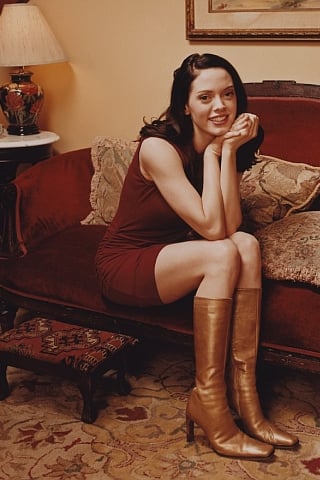 Rose McGowan made her TV debut in an episode of True Colors (1990). She made the television comeback in 2001 when she played Paige Matthews, a young witch, in the acclaimed supernatural series, Charmed. After starring in the show until 2006, McGowan was seen again in 2009 on Nip/Tuck, and also on an episode of Law & Order: Special Victims Unit in 2011. She has also appeared in a few episodes of the fantasy series, Once Upon a Time (2013-2014). These television shows have just about managed to raise humble amounts to her net worth.

However, the actress easily gets endorsement deals that reportedly make her about half a million dollars. Rose McGowan is an ambassador for the Palladium jewelry line and was the face of clothing line, Bebe from 1998 to 1999. She was also a cover model for the Henry Mancini tribute album in 1996, and has been on the cover of magazines like Seventeen, Interview, Maxim, GQ, Entertainment Weekly, and Rolling Stone.

Rose McGowan really came into her celebrity status after her public affair with Brian Hugh Warner, who’s better known as goth-rock icon, Marilyn Manson. Manson and McGowan confirmed they were dating in 2007 and were together for three-and-a-half years. The $40.0 million net worth of Manson surely benefited McGowan at that time. The actress willingly opted to appear in one the most memorably revealing dresses of the decade when she attended the 1998 MTV Video Music Awards with the rock star. The red carpet saw McGowan’s naked body revealed in a completely see-through, fish-net-style dress.

Rose McGowan owned a lavish villa in the Los Feliz area of Los Angeles; she purchased the home in 2004. The almost 5,000-square foot masterpiece was said to be worth just under $2.0 million and has four bedrooms, an elaborate entrance, arched doorways, a balcony, and French doors opening to the gardens. The actress listed it on market in 2011 and it sold for $1.8 million (slightly less than what she reportedly paid for it). She purchased another home in Los Feliz shortly after, although it was a bit of a downsize with just under 3,000 square feet and four bedrooms.

Lately, the 42-year-old actress hasn’t had an impressive run at the box office, but manages to attract roles in cult hits like The Tell-Tale Heart and Machete. Recently, McGowan filed for separation from her husband, L.A. visual artist Davey Detail (whom she married in 2013), though this is unlikely to affect her net worth in some way or another.

In a report by the New York Times, it was revealed that  McGowan was allegedly paid $100,000 settlement in response to an undisclosed incident in a hotel room during the Sundance Film Festival, in 1997. Allegedly, McGowan signed an NDA but has recently come forward and called out Weinstein and Amazon founder, Jeff Bezos.

“I told the head of your studio that HW raped me. Over & over I said it. He said it hadn’t been proven. I said I was the proof,” McGowan wrote. “I had already sold a script I wrote to your studio, it was in development. When I heard a Weinstein bailout was in the works … I forcefully begged studio head to do the right thing. I was ignored. Deal was done. Amazon won a dirty Oscar … I called my attorney & said I want to get my script back, but before I could, #2 @amazonstudios called to say my show was dead … I am calling on you to stop funding rapists, alleged pedos and sexual harassers. I love @amazonstudios but there is rot in Hollywood.”

McGowan was suspended from Twitter (allegedly, because she made a tweet that involved someone’s personal phone number), but the actress believes that twitter is trying to censor her. As a result, she has asked that not only women, but men as well, join her in her #rosearmy and fight back against Weinstein. Both Justice League stars Ben Affleck and Jason Momoa have recently apologized for their own inappropriate behavior, which came to light during the scandal.