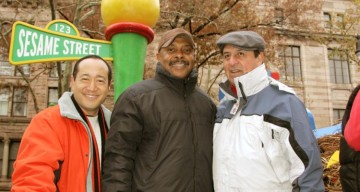 Roscoe Hunter Orman is an actor and comedian who was born on June 11, 1944 in The Bronx, New York City, New York. He attended The High School of Art and Design in Manhattan and has been in the entertainment business ever since the early 1970s.

Roscoe has four kids with his ex-partner Sharon Orman: Miles, Cheyenne, Rasheda, and Solana Orman. Sharon and Roscoe were never formally married but were together up until 2013. Miles was also a character on Sesame Street from 1985 to 1993. He played an adopted son of Roscoe’s character, Gordon.

How much is Roscoe Orman worth? Well, the 72-year-old who is best known for playing Gordon form Sesame Street, has a net worth of $700,000. He started on the show in 1974 and has been Gordon ever since, teaching kids right from wrong and interacting with loveable characters like Big Bird and Elmo. After being on the show for decades, news broke that Roscoe, Emilio Delgado, and Bob McGrath were being fired from the show, that has been on the air for over 40 years.

News of the stars’ departures was announced by McGrath himself during a July 2 Q&A event at the Florida Supercon, with TheMuppetCast podcast first reporting his statements.

“As of this season, I have completed my 45th season this year. And the show has gone under a major turnaround, going from an hour to a half hour,” the longtime star said. “HBO has gotten involved also. And they let all of the original cast members go, with the exception of Alan Muraoka—who is probably 20 years younger than the rest of us—and Chris Knowings, who is also young.”

Could age really be the reason for letting go of Roscoe and the others?

Roscoe wrote a children’s book in 2006 called Sesame Street Dad and another called Ricky and Mobo in 2007, respectively.