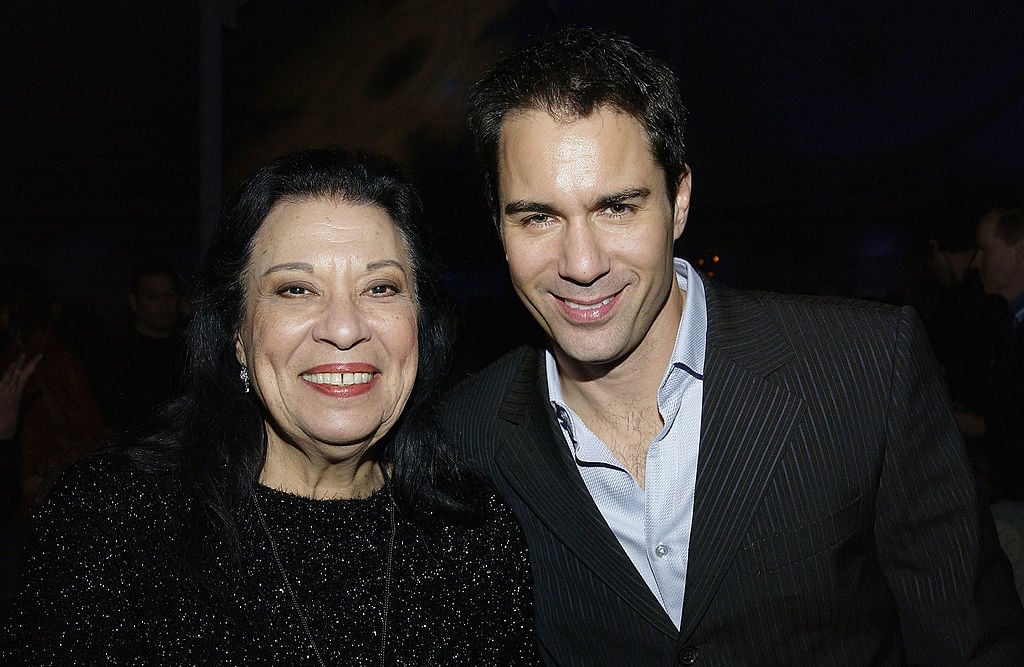 When Shelley Morrison, 80, from Will & Grace was diagnosed with cancer, the showrunners began to make arrangements for her character. In August, the story was that Rosario Salazar would not return to NBC’s Will & Grace revival. Co-creator Max Mutchnick told reporters, “Shelley has decided to retire. It was with a heavy heart that she gave us that information and that we received it, but it is the way that it goes. It is a choice that she has made. We really wanted Shelley to be a part of this series, so we find ourselves having to figure that out moving forward. It was not an easy decision to make, but it’s one that she made.” Fans were very disappointed as Mutchnick also shot down the possibility that she would reappear for an offscreen role in the revival. “We’re not going to be doing that. The audience has come to know and love her–as we do–and we’re dealing with her as a character and we’re writing to it very specifically.”

Shelley Morrison on Will & Grace

Morrison starred as Rosario for 15 years from 1991 to 2006, and gained a role as a successful TV show star. She also found a best friend in her co-star, Megan Mullally, 58. “She really helped, and I’ll never forget how she was there for me. Megan’s my heart. She’s been a good friend.” Morrison was first diagnosed with breast cancer in 1988, and had a lumpectomy to treat the disease. Unfortunately, it returned in 1998 and she had a full mastectomy as a result. Then, she was later diagnosed with lung cancer and had a third of her lung removed to prevent it from spreading. To the surprise of many, she returned to the set of Will & Grace just eight days post-operation! “When I work, I’m very disciplined,” she said. “Always have been.”

Will Rosario Be Back on Will & Grace?

Despite all the bad news so far, fans can be excited for some good news about Rosario! The creators have developed a plan to make her character continue in the show, and leave the door open in case Morrison ever decides to end her retirement and come back to the show. Rosario is apparently behind the scenes in the Walker Mansion, sending maids and servants to do as she commands. In the most recent episode, she sent one of her maids to ask for a raise from Karen. That’s just one of the sneak peeks of Rosario’s character remaining present in the show. So fans, be hopeful! Who knows, maybe one day Rosario will make a real comeback!