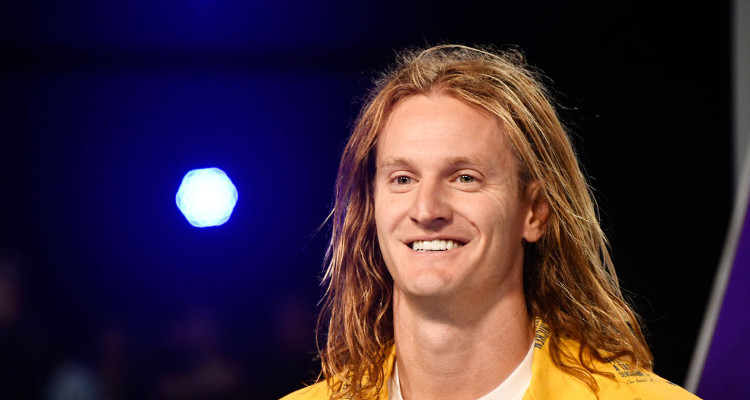 Rory Kramer was a prisoner of his fears until he found the courage to face them. The videographer came up with the concept of his new docu-series, Dare to Live, in which he gets his best friends and other artists to step out of their comfort zones. He’s traveled all over the world, thanks to his day job of shooting music videos and live tours. Now, Kramer wants to help others get over their inhibitions and have fun!

Dare to Live is not just an innovative and exciting documentary. It is the personal philosophy of Rory Kramer, who says, “Face your fears, run straight towards your limits, and live your best life.” Years ago, he decided that instead of running away from his depression, he would face it head-on. He overcame his inhibitions and worries and realized that they could not stop him from chasing his dreams. He told Billboard, “I promote living life to the fullest and seeing the world through an optimistic lens. I want others to see how much fun I have and think, ‘If he can do all these awesome things then why can’t I?’ I want others to Run It.” This positive spirit led him to create Dare to Live, which premiered on Tuesday, August 29, 2017 on MTV. People are interested to know more about the videographer, especially Rory Kramer’s net worth. We have more details about him, right here in our Rory Kramer wiki.

Who is Rory Kramer?

Born on June 1, 1984, in Tell City, Indiana, Rory Kramer’s age is 33. He was interested in art from a young age, and his supportive parents encouraged him to follow his passion. In fact, when Kramer was 25 years old, his father drove him 3,000 miles from Indiana to California to pursue his dream. Kramer struggled to find his footing in the entertainment industry and dabbled in films for a while. He worked on shows like Dream Maker and Tailgaters, and appeared in the short film, Two Angels. Even though Kramer was making videos since he was 15, it was only when he was 30 that he tasted success with a music video for Avicii’s “The Nights.”

Working All Over the World

Since then, Kramer has made music videos for artists like The Chainsmokers and Tori Kelly, among others. He followed artists like Kanye West and Justin Bieber on tour and filmed them live. With his exciting work, Kramer has been able to travel all over the world. This experience gave him numerous ideas on how to live life to its fullest and encourage people to follow their dreams. He is friends with artists such as The Chainsmokers, Martin Garrix, Steve Aoki, and Rae Sremmurd, and not surprisingly, he turned to them when he had the inspiration for Dare to Live. His expertise in filming live performances and off-stage antics paid off when he was making the show. There is no information on Rory Kramer’s net worth, but considering his successful career, it must be enough to allow him to travel as often as he does!

We ain't never getting older. ?: @jas

In Dare to Live, Kramer and his friends go on thrilling adventures where they face their biggest fears by doing what scares them most. Iggy Azalea flies a fighter plane, and Kramer and Krewella hang out in the middle of an ocean. Each episode in Dare to Live is 30 minutes long and includes some of your favorite stars getting out of their comfort zone and doing things they’ve never done before. MTV will air two episodes every week, and Kramer is confident that people will be inspired to do things that take away their fears and inhibitions.

Happy Birthday Ellie…being your Uncle has been too much fun. I love the bond we share over being goofy, riding dirt bikes, and catching frogs. I wouldn’t be half the person I am today without you in my life. I wish I got to see you more than just a few times a year. You never fail to put a smile on ur Uncle. Love you and always gonna show you the craziest times.

People who are inspired by Kramer’s philosophy should check out Rory Kramer’s website. It has his work, details about his relationships with various artists, and an online store with merchandise you can buy for yourself, or as a gift. Check out Kramer’s new docuseries Dare to Live on MTV. It is time to spread your wings and live free!