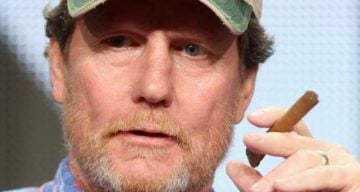 He was born Michael Patrick McConaughey on August 2, 1954, in Houston, Texas, to James Donald McConaughey and Mary Kathlene McCabe. Rooster McConaughey’s age is 63.

Yes, McConaughey is the brother of famous Hollywood actor, Matthew McConaughey who is known for his movies as well as his looks. He also has another brother named Pat McConaughey.

How Did Rooster McConaughey Make His Money?

Rooster McConaughey is a self-made man, who started working at the age of 12 with his father in the oil fields of Texas. McConaughey believes in the saying, “High risk means high reward.” It was while working with his father that he gained knowledge about the petroleum industry.

McConaughey briefly attended Stephen F. Austin University in Texas to become a wildlife conservationist. He then enrolled himself at the University of Texas but didn’t complete his studies there, either.

At the age of 30, McConaughey earned a lot of money by selling and buying oil pipes and supplies for the oil fields. However, he lost that money in a year. But with his sheer hard work and determination, he managed to rebuild his fortune.

Currently, McConaughey is known as a multi-millionaire, who owns DGM Supply. His company is a Midland, Texas-based oil pipe machine shop.

They have also earned a good amount of money by investing in several business ideas.

The docu-series lasted for two seasons, ending in 2016. The last episode of the series aired on August 3, 2016.

Reportedly, in the first season of West Texas Investors Club, McConaughey and Gilliam invested a total of $1.97 million.

McConaughey is now on another show titled, Rooster & Butch, which airs on A&E on Wednesdays. It already has people buzzing.

The show’s “About Us” section reads, “Living life by the “Golden Rule,” Rooster and Butch are eager to help other folks get a leg up the same way others helped them along the way.

“A pretty balance sheet will only get you so far in West Texas—these good old boys will only throw their money down after they’ve tested the true measure of an entrepreneur’s character. Integrity first; idea second.”

Besides investing his time to become a millionaire, like his brother, McConaughey also tried his hand in movies. He has appeared in the films, The Newton Boys and Call for Fire.

McConaughey also stars in The Iron Orchard, which will release sometime in 2018.

McConaughey’s first marriage was to Marsha Smyth on December 5, 1974. But after three years of blissful union, the couple decided to end their marriage in 1977. They have one son together, Madison Beaumont McConaughey.

In 1984, McConaughey walked down the aisle for the second time with Georganne Hurt. The couple has two kids together, Miller Lyte and Margarita Olympia McConaughey.

Talking about his son’s name, McConaughey said, “What happened was I always drank a lot of Miller Lite, always had it ‘round the back of my truck with this big ol’ box and basset hound… I got married.”

McConaughey continued, “My wife gets pregnant and all my buddies are going, ‘Hey man, get ready. Your life’s gonna change. You can’t go be riding ‘round with that Miller Lite all the time. Because you’re gettin’ ready to have a kid.’ And I went, ‘You know if things work out, I’ll be able to take Miller Lite to church.’”

“And I sure as hell did! [My son is named Miller Lyte. But it’s] L-y-t-e. And so, I got away with it. So my wife gets pregnant again and she goes, ‘I’m naming this [one] and you stay out of it,’” McConaughey further added.

Met Rooster at the stadium! He really is a super nice guy! #roostermcconaughey #westtexasinvestorsclub @roosterwtic

He added, “So I threw out Olympia. They jumped all over it. Little did they know that was the name of a beer. I named my little daughter after a dead beer. But now they’re making it again. And as I tell Miller Lite, if y’all don’t start sponsoring us, I’m gonna start drinking Olympia again.”

Reportedly, Rooster McConaughey is not with his second wife anymore and is currently married to Erica McConaughey.