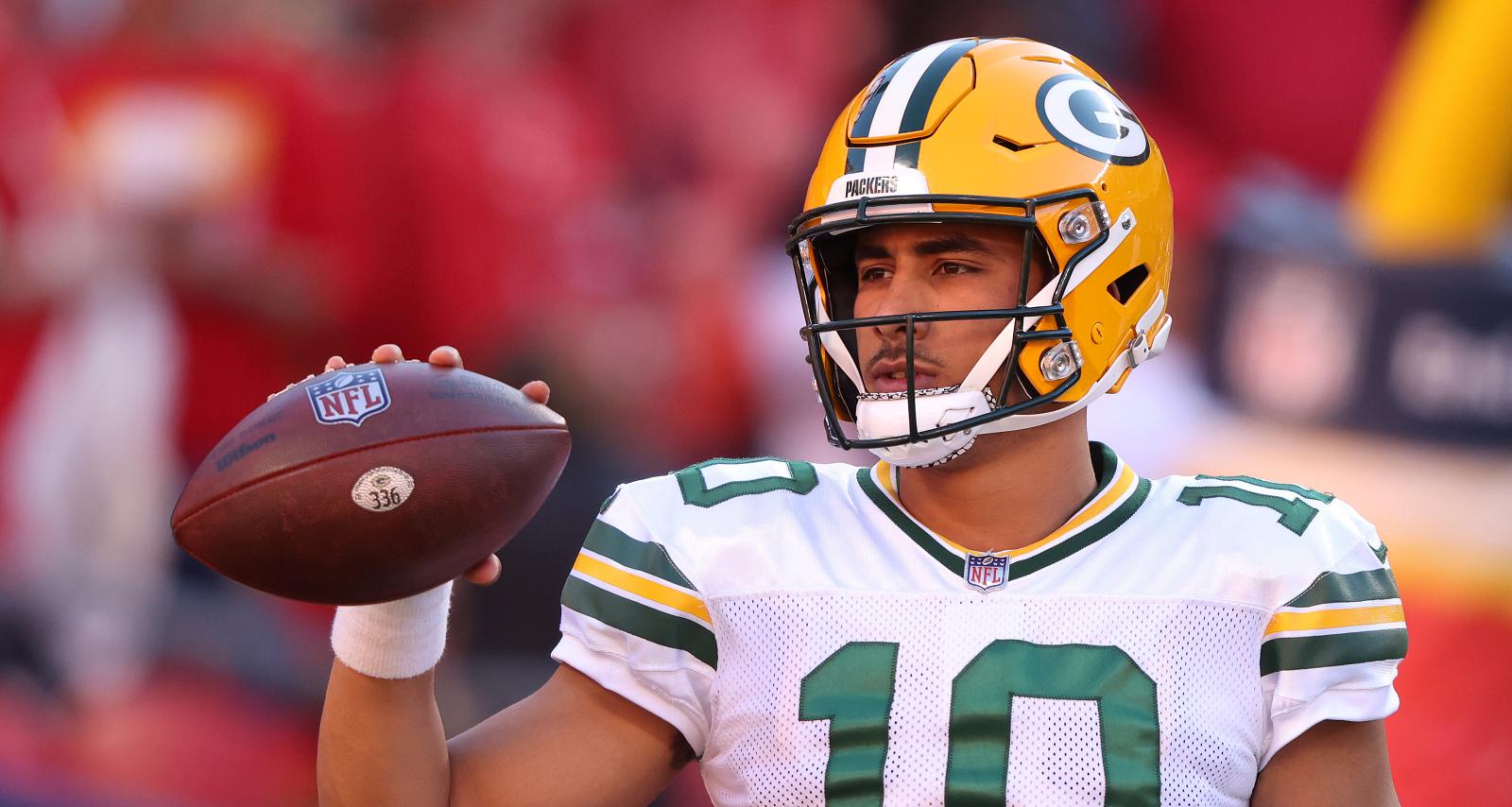 Jordan Love earned the first start of his NFL career on November 7 after Green Bay Packers quarterback Aaron Rodgers tested positive for COVID-19. He had his two biggest cheerleaders supporting him in the stands—his mom and his girlfriend. The Internet reacted to the Packers setting the quarterback’s family up in the nosebleed seats for his debut, but they are also curious about who Jordan Love’s girlfriend is. Ronika Stone has had her fair share of exposure to the NFL world. Not only was she born into the league, but she also has an athletic background that makes her an incredible support to Love as he kick-starts his career. We reveal that background of Jordan Love’s girlfriend in Ronika Stone’s wiki.

Ronika Stone was born on June 9, 1998, and hails from California. She comes from an athletic family with NFL connections. Her father, Ron Stone, was an offensive lineman in the NFL from 1993 to 2005.

By the time Ron and his wife, Roxanne, had Ronika, he had two Super Bowl rings he’d won with the Dallas Cowboys. Ronika said her father was often away at practices and games when she and her siblings, Ron Jr., De’ja, Ronnie, and Ronna Stone, were growing up. But when he was home, he was a goofy dad who encouraged athleticism among his kids.

While Ronika is an athlete in her own right, her sister Ronna is a track and field star. Her brother Ron Jr. is a footballer, too, and Ronnie is a cheerleader. And the kids often turn to their father for advice when it comes to athletics.

After retirement, Ron Sr. turned to coaching the football team at Valley Christian High School, from where his kids graduated. He and his wife also own and operate multiple chicken wing franchises.

At Valley Christian High School, Ronika Stone was a top prospect in the sport of volleyball. She graduated as the No. 10 ranked overall prospect in the country, with state championships to her credit.

She enrolled in the University of Oregon where she was a standout player for the Ducks volleyball team. She graduated in 2020 with a BA in journalism, and currently works as a social media contributor for the Winning Edge Leadership Academy.

Stone hopes to play volleyball professionally and sign with an overseas team. Another career goal is getting into sports journalism.

California native Jordan Love played for Utah State before he was selected by the Green Bay Packers in the 2020 NFL Draft. He has been dating NFL scion Ronika Stone at least since September 2020, when they began featuring in each other’s social media.

It’s unclear when and how they met, and social media users are keen to know what Ron Stone thinks about his daughter’s Packers beau. But it’s obvious that Ronika at least has a bond with Love’s mom. Both ladies were there to support Love’s first NFL start on November 7, but the Internet had a lot to say about the organization giving the quarterback’s mom and girlfriend the “worst seats” in the house in the last row.