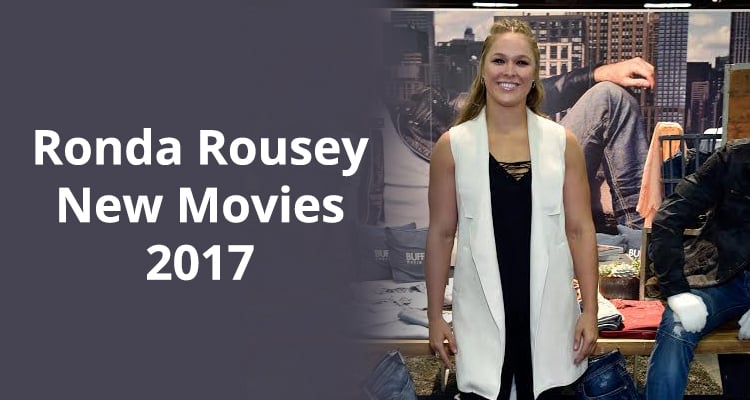 Ronda Rousey’s UFC career is up in the air, which means that she can focus more of her time on acting. She has a documentary coming out this year, as well as two more films in the works. Let us take a look at Ronda Rousey’s new movie for 2017.

We are seeing more of our favorite MMA and WWE fighters use their skills on the big screen. From John Cena to Ronda Rousey, these guys prove that they are badasses who can act. With so many things to keep her busy, it comes as no surprise that Ronda’s net worth is estimated to be $4.1 million! Ronda Rousey’s acting credits are few, but she has already proved that she can give action stars like Mila Jovovich and Michelle Rodriguez a run for their money. Rousey worked on films like The Expendables 3 and Furious 7, and Ronda Rousey’s new movie for 2017 will be a change of pace.

This year, Through My Father’s Eyes: The Ronda Rousey Story will be released through Wrekin Hill Entertainment. The documentary follows Rousey’s life from when she was living in a car, to becoming trailblazer in UFC. Of Ronda Rousey’s upcoming movies, this documentary is the only one with an expected 2017 release, and we should expect to see it this spring. Keep reading for more details on Ronda Rousey’s new movies.

Also Read: Christian Bale’s New Movies for 2017: What is the Actor Working on Next?

Ronda Rousey has only acted in supporting roles in the films we have seen her in. This all might change soon, as Rousey has signed on to star in the remake of the 1983 action thriller Road House. She is not only going to reprise, but will also genderbend the role made famous by Patrick Swayze, Dalton. It was announced in 2015 that Nick Cassavetes will be writing and directing the film. At this time, nobody else is attached to Road House, but it is possible that Rousey will also produce the film.

Speculation of whether or not Road House will be made is in the air, as production for Ronda Rousey’s upcoming movie for 2017 was pushed back multiple times. It has been reported that filming was pushed to May of this year to allow Cassavettes to finish writing the script.

This will be the first time that we will see Ronda Rousey do more than showcase her fighting skills on screen. News is circulating around Hollywood that Rousey and Tina Fey are signed on to the comedy, Do Nothing Bitches. Although the story line of the movie is unknown, sources claim that the movie is about female-empowerment. Do Nothing Bitches is about pampered and wealthy wives who have to get down to work at camp, with their tough instructor played by Rousey. The title was inspired by Rousey’s coined phrase, and Tina Fey is said be producing this movie under her Little Strangers banner. No release date of other information on the film has been released, as it is still in-development.