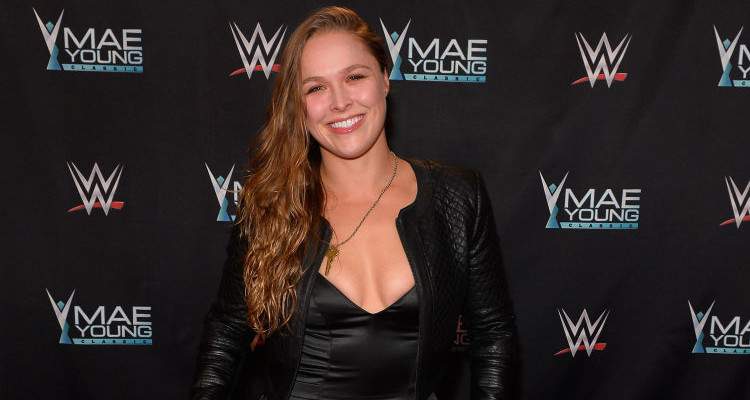 Ronda Rousey is a trained mixed martial artist, a former UFC Bantamweight Champion, and an actress with an estimated net worth of over $4 million.

Deemed as a power figure for women across the world, Ronda Rousey is a rising face for female prowess in male-dominated fields. Ronda was the first American woman to win an Olympic medal (bronze) in Judo at the Beijing Summer Olympics in 2008. Rousey is best known for kicking the butts of relatively strong female competitors in brutal fighting tournaments called the Ultimate Fighting Championshipm or simply as UFC.

The UFC champion has gained over $8.5 million in lifetime earnings from winning many UFC Main Event fights. Her bout with Miesha Tate in UFC 168 brought in around $1.75 million in 2013. In 2014, Ronda knocked out Sara McMann in UFC 120 and earned over $600,000. Last year, Ronda defeated Cat Zingano in UFC 184, bringing in another million dollars, followed by her UFC 190 win against Bethe Correia, which added another $1.58 million to her net worth.

Rousey still managed to swoop in over $1.5 million for her first UFC loss when she faced a knockout from current UFC Women’s Bantamweight Champion Holly Holm in UFC 193 in November last year. These UFC payout figures are combined with her actual earnings and the average $50,000 prize money for each bout won. Rousey’s prize money reportedly increased to $160,000 by the end of last year.

Ronda was first seen in the small role of a tough woman in to Sylvester Stallone’s not-so-expendable cast of The Expendables 3 (2014). She was also seen taking down Michelle Rodriguez in a high-paced fight sequence in Furious 7 (2015). Her short yet grilling appearances in films and on TV shows add in somewhere between $30,000 and $50,000 to Ronda’s net earnings. Ronda also had a cameo in HBO’s TV movie Entourage last year.

Ronda is a real fighter who gets heavily bruised and bloody before total submission. It’s tough to make her surrender, and it is not at all possible for trained yet phony wrestlers at WWE. Accompanied by Dwayne “The Rock” Johnson, Ronda was featured in a WWE main event showdown where she kicked the butt of the show’s current director, Triple H, and his wife Stephanie McMahon. So, keeping that in mind, it makes sense that being a strong American woman pays well when it comes to endorsements. Rousey has signed deals with Reebok, Metro PCS, Carl’s Jr., and Monster Headphones that have brought in millions of dollars. A total of $3.6 million in endorsement earnings has been added to Ronda Rousey’s net worth, so far at least. She’s also the cover girl for this year’s Sports Illustrated magazine, for which she posed for wearing nothing but body paint applied to look like a bathing suit.

Ronda Rousey’s $4 million estimated net worth is set to sky rocket when the 29-year-old fighter gets a breakout movie role, just like Dwayne Johnson’s did. In the meantime, she is busy shooting for the remake of the 1989 Patrick Swayze action-thriller Road House, and the film is slated for release by the end of this year, which will add to Ronda’s fortune and undoubtedly increase her net worth. She’s also said that she’s plans on fighting Holly Holm again to reclaim her Bantamweight championship title—that rematch would easily a fresh stack of millions to Ronda Rousey’s net worth!