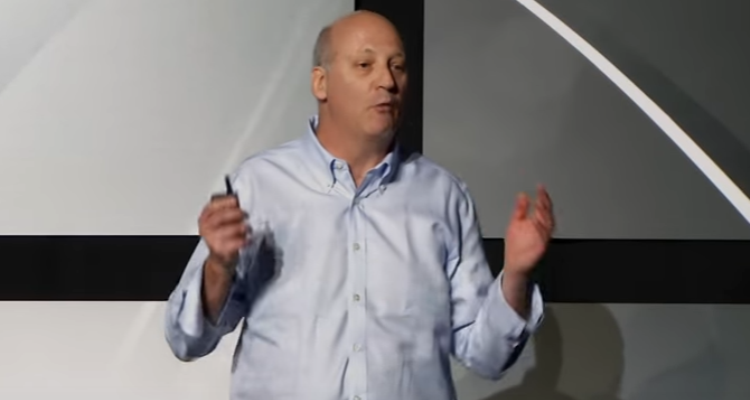 If you’re a big fan of Panera Bread, don’t worry, they aren’t going anywhere anytime soon, but their stock sure is! Krispy Kreme owner, JAB Holdings recently bought Panera Bread for over $7.5 billion, so it looks like Panera Bread’s founder, Ron Shaich’s net worth is about to get a serious increase! If you want to learn more, then have a look at our Ron Shaich wiki because we’ve got all the details right here.

Ronald Mark Shaich was born on December 30, 1953 in Boston, Massachusetts and is the son of Joseph, a certified public accountant, and Pearl. He attended Clark University, where he received his bachelor of arts degree. Later, he graduated from Harvard University with a masters in business administration, in 1978.

On May 10, 1998, Ron married Nancy Antonacci, an educational specialist and they’ve been married ever since. They live in Brookline, Massachusetts with their two children, Michael and Emma.

Shaich the founder and chief executive officer and chairman of the high successful restaurant franchise, Panera Bread. It has over 2,000 bakery-cafes, 100,000 associates and over $5.0 billion in annual sales. Shaich’s estimated annual earnings was $3.0 million, back in 2013, and with the recent sale of his lucrative bakery style eatery business, it’s only going to increase!

The news was officially confirmed on Wednesday when JAB Holdings—a Luxembourg-based private company that is primarily owned by the German billionaire Reimann family–bought Panera Bread in a deal worth over $7.0 billion!

“By any measure, Panera has been one of the most successful restaurant companies in history. What started as one 400-square-foot cookie store in Boston has grown to a system with over 2,000 units, approximately $5 billion in sales, and over 100,000 associates,” Panera founder and CEO, Ron Shaich said in a statement Wednesday morning. “In more than 25 years as a publicly traded company, Panera has created significant shareholder value. Indeed, Panera has been the best-performing restaurant stock of the past 20 years – up over 8,000%. Today’s transaction is a direct reflection of those efforts, and delivers substantial additional value for our shareholders,” he added.

Of Panera’s new owners, Shaich said: “We believe this transaction with JAB offers the best way to continue to operate with this approach. We are pleased to join with JAB, a private investor with an equally long-term perspective, as well as a deep commitment to our strategic plan.”

The deal is a win-win for both companies, especially with Panera Bread getting to keep its current CEO and their stock has already risen since the news broke.

Olivier Goudet, JAB’s CEO, said in a statement Wednesday, “We have long admired Ron and the incredible success story he has created at Panera. I have great respect for the strong business that he, together with his management team, its franchisees and its associates, has built.” Goudet also said that he and his team support Panera’s plans and strategic initiatives for future growth, implying that the modernized “Panera 2.0” won’t immediately need to become “Panera 3.0.”

Shaich wasn’t looking for this deal, but when it presented itself, it seemed like a good fit.

“We weren’t looking for this. Panera’s on an extraordinary run,” said Shaich in a phone interview with the Toronto Star. “That performance has been because we always operated in the context of long-term strategy. (JAB) are people who share those values. Many of these deals happen when people feel weak. We’re doing this from a position of strength.”

Doesn’t it seem that the rich always seem to get richer? Nevertheless, we congratulate Ron Shaich on this lucrative deal and we can’t say we blame him! Upon hearing the news, many are just relieved their beloved Panera Bread restaurants won’t be going anywhere anytime soon!

Check out Ron Schaich’s impressive TEDx Talks speech regarding Panera Bread and the strides his company is taking to help halt the issue of children starving in the United States.