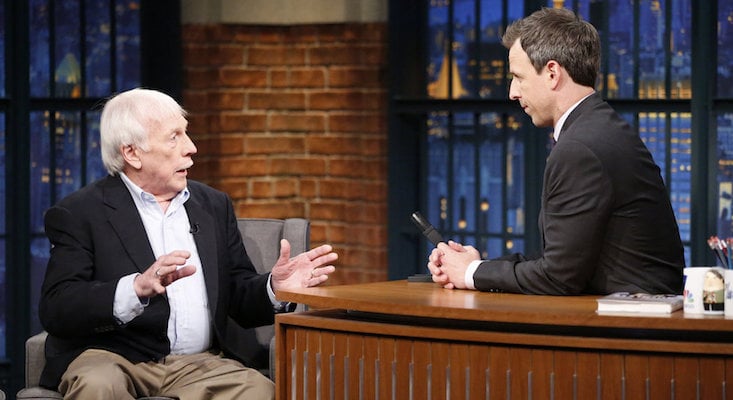 Ron Miscavige is the father of David Miscavige, the leader of the church of Scientology. Though he left the church, he speaks about his son and their life within the organization in his book and interviews.

Ron Miscavige is famous for being the father of the leader of the church of Scientology, and more importantly, for his tell-all book about the church. Miscavige has been candid about his son and the organization’s practices in many interviews since leaving the church. He also spoke about Scientology on the Joe Rogan Experience, a popular podcast by comedian Joe Rogan. Miscavige is a polarizing figure, with some painting a bad picture of him while others lauding his revelations about the controversial organization. Find out more about him, including information on Ron Miscavige’s age, net worth, wife, and book, in our Ron Miscavige wiki.

Who is Ron Miscavige?

The now 80-year-old Ronald Miscavige Sr. was married to Loretta Miscavige, with whom he had four children. They couple were of Roman Catholic Polish-Italian lineage, and David Miscavige is his youngest son. Ron Miscavige was a trumpet player and was the first in his family to become interested in Scientology. In his book, he regretfully recounts his abusive marriage with Loretta, and their divorce.

He sent David to a Scientologist to cure his asthma, and both father and son claimed that David was fully cured. The family joined the church in 1971 and moved to the Scientology global headquarters in Saint Hill Manor, England. There, Ron and David’s relationship became strained as the younger Miscavige grew closer to the founder of Scientology, L. Ron Hubbard. At the age of 76 (and after spending 45 years in the church), Miscavige and his second wife left the church. His older son, Ron Miscavige Jr., left the church many years before the Miscavige patriarch did.

Miscavige worked as a cookware salesman and musician before joining Scientology. His net worth hasn’t been calculated, but he was part of the musicians group in the church, where he composed and recorded music for the church’s events. On the other hand, David Miscavige has amassed a net worth of $50.0 million as Hubbard’s successor.

David Helped His Dad with a Sexual Harassment Charge

Ron Miscavige was accused of attempted rape on one of the congregation’s women. At age 25, David was already an influential figure in the church and helped him out of the case. When the older Miscavige was accused, he called his son. The next day, the church’s attorney showed up with a suitcase full of cash to bail him out. Eventually at the trial, the woman came to the stand but said that she couldn’t tell if it was Miscavige who attempted to rape her. So, the case was dismissed, and he was out scot-free.

In his book, Miscavige described both the horrible treatment by his son and the good things he did, as well. While David often verbally abused his father in front of others, he also bought him a house, a car, and 75 gifts for his 75th birthday.

He Lives in Milwaukee

In 2012, Miscavige and his wife, Becky drove out of the Gold Base (the church’s compound in California) under the pretext of “running errands.” After leaving the church, they settled in a small town in Milwaukee. According to reports, he spends his time hawking exercise equipment and playing the trumpet with Dixieland bands.

His wife is the daughter of Tom Bigelow, a famous race car driver from Wisconsin. Becky worked to market the church, and now works as a manager for a women’s clothing store in Milwaukee.

Miscavige’s peaceful life was disrupted when he was informed by authorities that two private detectives were following him. Those two men were revealed to be hired by David Miscavige and the church, who refuted the claims that Ron Miscavige was under their surveillance.

Ron vs. David and the Church of Scientology

Ron Miscavige sat down with Dan Koon and told his whole story about life in the church. The duo collaborated to write, Ruthless: Scientology, My Son David Miscavige, and Me, that shared some details about the Miscavige family’s personal life.

Some details were heartwarming, while others painted a dark picture of Miscavige’s abusive relationship with his first wife, and the horrifying incidents between father and son. The book was lauded, though reviews also claimed that there was no blockbuster revelation in it. However, it evoked a vehement response from the church.

The church of Scientology issued a statement saying “Ronald Miscavige was nowhere around when David Miscavige ascended to the leadership of the Church of Scientology, mentored by and working directly with the religion’s founder L. Ron Hubbard and entrusted by him with the future of the Church.” An anti-book web site for Ruthless mocks Miscavige and his departure. Those associated with the church sent letters to news outlets criticizing him, even calling him a bad musician of all things!

But he has the support of other former members of Scientology, who have publicly criticized the organization. Additionally, the church’s attempts to paint a derisive picture of Ron Miscavige is making the book and its first-time author more popular. Though he has left the church, Miscavige still clings to some beliefs of Scientology, which he says helped him stop abusing his wife.