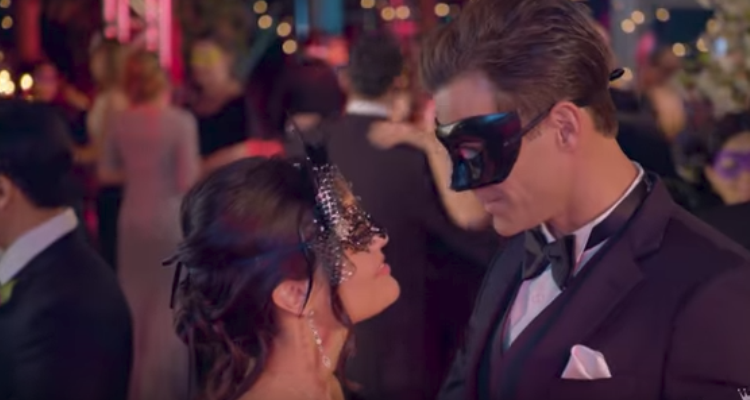 Very Very Valentine is only the first of a string of affable romantic comedies coming to Hallmark this year in light of the love-themed holiday! However, some might say that it’s also the most noteworthy because it stars Cameron Mathison and Danicka McKellar as the two star-crossed lovers. The movie also stars Damon Runyan.

It’s safe to say that none of these actors are strangers to both the big and small screens. They’ve each taken on a large variety of roles both behind the scenes and in front of the cameras and managed to gain notoriety within the entertainment industry. For these actors, the Hallmark movie, Very Very Valentine is a lighthearted and enjoyable addition to their already prolific careers. Continue reading to learn everything you need to know about the Very Very Valentine cast!

The Plot of Very Very Valentine

According to the description on the official Hallmark page for Very Very Valentine, this movie follows a fairly simple, cute, and predictable plotline: girl reluctantly attends local Valentine’s Day masquerade ball and falls madly in love with a mysterious and dashing young man.

There’s just one problem: she has no idea who he is!

They spent one memorable and magical evening together dancing and having a good time, but neither one of them bothered to remove their masks and introduce themselves!

So, she enlists the help of her handsome friend to help find this mystery man. What she doesn’t realize is that he’s actually a lot closer than he seems…


The Cast of Very Very Valentine

And now it’s time to meet the cast of Very Very Valentine!

Cameron Mathison is a jack-of-all-trades when it comes to the entertainment business. You’ll recognize him as one of the hosts and main correspondents for the popular entertainment news program, Entertainment Tonight. He’s also an actor, health and fitness enthusiast, volunteer, and family man.

The Canadian-born McGill University alumnus has made numerous film and television appearances outside of his hosting duties, including appearances in All My Children, Hot In Cleveland, and the Murder She Baked series on Hallmark.

An intellectual and math enthusiast at heart, Danicka McKellar is the founder of McKellarMath.com. She’s also the writer of a series of New York Times best-selling books that strive to ease young children and their parents into effective math education.

She even contributed her own research, which is called “The Chayes-McKellar-Winn Theorem.” Additionally, McKellar has made several notable guest appearances on hit TV shows following her college days, including appearances on The West Wing, How I Met Your Mother, and The Big Bang Theory. On top of that, she’s starred in several popular Hallmark Channel movies and has two more books about mathematics being published in 2018.

Damon Runyan is a notable Canadian actor, who’s currently starring on the CBS hit series, Star Trek: Discovery. He’s also appeared in a few other well-known TV series, including Supernatural, Suits, Nikita, and Lost Girl. His best-known role, however, is that of Charles Falco the A&E/History Channel series, Gangland Undercover.

Runyan is also a renowned stage actor in Toronto and has appeared in the Neil LaBute production entitled In A Forest Dark and Deep, as well as the Canadian premiere of Bull.

In 2013, Runyan was the recipient of the National Film Challenge Best Actor Award for a short film called Cassidy, which he produced, wrote, starred in, and directed.