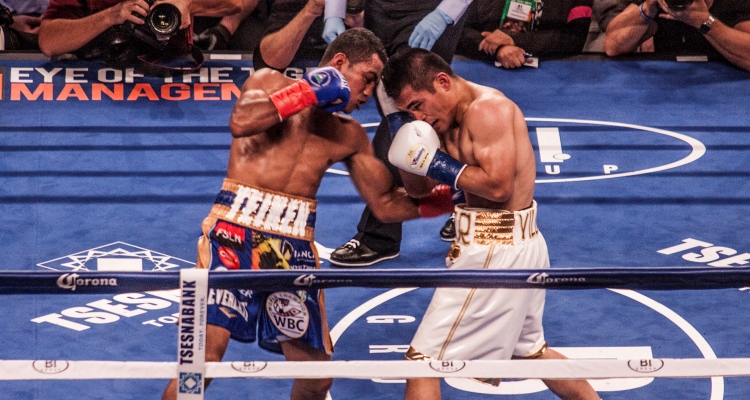 Fans can watch this must-see event tonight, Saturday, September 10 at 10:00 p.m. EST on HBO. The fight will take place at The Forum in Inglewood, California. Who will take the fight? Tune in to find out!

Boxing fans can enjoy this must-see pay-per-view event exclusively on HBO. That means that viewers will have to pay in order to watch all the fights, starting at 10:00 p.m. tonight. You will get the total cost of the fight once you place your order.

How to Watch Online

If you’re looking for a free way to live stream tonight’s fight, then for once, you came to the wrong place. It’s called pay-per-view for a reason and it wouldn’t make sense to make the fight free online and not for live TV! This means that fans will have to pay to stream online via HBO’s official web site. Sorry guys! There’s always the option of going to a bar and watching the fight with plenty of drinks and friends!

Gonzalez vs Cuadras: A Closer Look

Tonight is the night that Roman “Chocolatito” Gonzalez challenges WBC super flyweight champion,Carlos “Principe”Cuadras. But will Gonalez be successful in relieving Cuadras of his title? Cuadras, 28, has a record of 267 KOs, while Gonzalez, 29, has 38 KOs to date. Cuadra may have fewer KOs but he hits where it counts. He certainly isn’t the current WBC super flyweight champion for nothing! Carlos has already been making headlines saying that he will beat Gonzalez during tonight’s 12-round fight. But could he be right? Or is he just that confident in his skill? It’s not uncommon for fighters to believe that they are the greatest out there. But even with that superior mentality, they can still lose, just look at when Connor McGregor lost his first fight! Or how about when Ronda Rousey lost famously against Holly Holm? It’s anyone’s guess at this point, but favoritism only gets you so far. Guess we will have to wait until tonight to get the final answer, so be sure not to miss it!