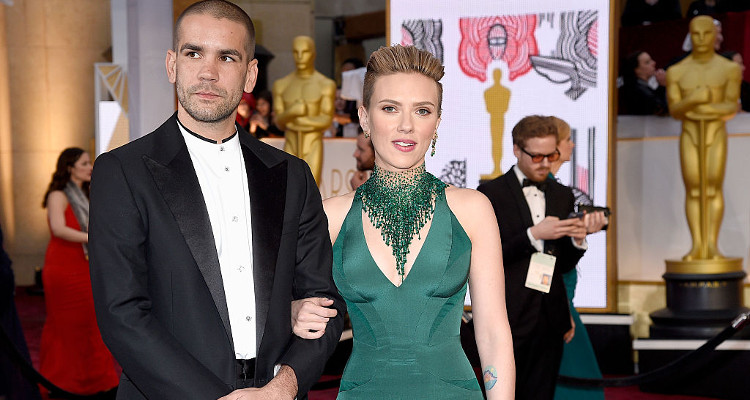 Scarlett Johansson has reportedly split from her husband, Romain Dauriac. Dauriac and Johansson began dating in 2012 and got married in 2014. The couple has one daughter together.

Scarlett Johansson and her husband of two years, Romain Dauriac, have separated. It came as a surprise when Johansson, who was quoted saying she is indifferent to marriage after her divorce from Ryan Reynolds, got engaged to Dauriac. Then, the couple welcomed their daughter, Rose Dorothy Dauriac to the world in 2014. They are known for keeping their relationship out of the spotlight, so it took a while for many to notice that the couple has been separated for months. Johansson was at the Women’s March in Washington DC on Saturday without her wedding ring. A source close to Johansson revealed to People that the couple has been separated since last summer. Though Dauriac and Johansson have been together for years, very little is known about Dauriac. We’ve searched all over the Internet and compiled Romain Dauriac’s wiki, and we’re sharing with you.

Dauriac is a French Journalist

Not much is known about Dauriac’s early life, other than the fact that he is French. Hailing from Paris, Dauriac is a journalist and worked as an editor for the French urban art magazine, Clark. According to ABC, he now owns a creative advertising agency. Even though he’s a journalist, he isn’t an avid user of social media. He has a Twitter account, but he hasn’t posted anything since he joined the social network in 2016. Considering Johansson isn’t fond of social media either, it’s not surprising.

The latest figures show that Romain Dauriac has a net worth of $1.5 million. It may not seem like much compared to Scarlett Johansson’s net worth of $80.0 million, but it is still impressive for a non-celebrity who became famous for dating one of the hottest actresses in Hollywood!

Johansson and Dauriac are also business partners. They own a popcorn shop called Yummy Pop. They were last photographed together in December at the Yummy Pop grand opening at Paris’ Theatre du Gymnase. 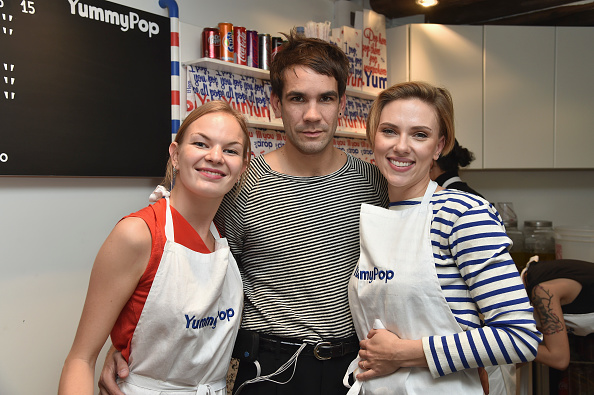 He Loves Art and Tattoos

Running an art magazine wasn’t just a job to Dauriac. The Frenchman is truly an art enthusiast. And not just that! He also loves tattoos! Being the editor of a French urban art publication in a country that’s the epicenter of urban art, Dauriac probably has a very good eye. The 34-year-old’s taste in art in art was quite obvious when, instead of a traditional celebrity-style rock designed by a big name like Neil Lane, Dauriac proposed to Johansson with an art deco ring! The ring featured three round diamonds surrounded by more diamonds in a vintage pattern. 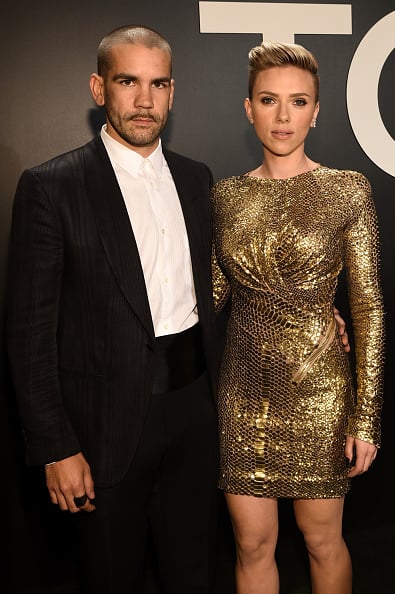 He also has a varied taste in music. In the few tweets he had posted years ago (they have since been deleted), he displays his love for the late garage-rocker, Jay Reatard, as well as rappers like Slick Rick, Drake, Kid Cudi, and Edward Sharpe.

They Met Through a Tattoo Artist!

The accounts of exactly how the couple met are unclear. E! Reported that Dauriac met The Avengers actress through their mutual tattoo artist and friend, Fuzi Uvtpk, who apparently set the two up.

Uvtpk is the man behind Scarlett’s horseshoe tattoo and the words, “lucky you” on her rib cage. Dauriac is said to have the phrase “lost illusions” tattooed on his body by Uvtpk. Their shared love for art is also one of the reasons they bonded. Johansson once shared with Elle, “I like people that have a colorful way of looking at things, that are inspiring, and like art, music and film.”

The Couple Have a Daughter

After her divorce from Ryan Reynolds, Johansson was seeing Sean Penn, but it was a short-lived relationship before she began dating non-celeb Nate Naylor. Their relationship didn’t last long either, and a month after they broke up, Johansson started seeing Dauriac. After her first divorce, Johansson had said, “I never think about marriage… It’s really not important to me. It has no relevance to me right now.” 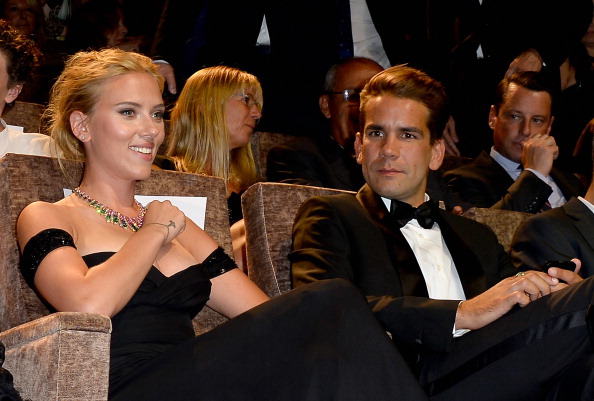 Since being with Dauriac, the 32-year-old also became excited to have children admitting, “I would like to have my own family, that would be nice. They say it’s never the right time and I am sure that’s true, but I think you have to plan it like anything else. At some point, it is something I look forward to. I am fortunate in that I have had a long career—20 years—that has been very diverse. So, you know, picking a time to plan a family feels like something that I could do and not feel as though I was missing out.”

In August 2014, Johansson and Dauriac welcomed their daughter, Rose Dorothy Dauriac, who was born in New York City just like her mother. They gave her the middle name Dorothy after Scarlett Johansson’s grandmother. Now that the couple has separated, it is not known whether the two-year-old will live with one parent, of if they will share joint custody. Considering their desire for privacy, it will likely not be disclosed by Dauriac and Johansson for some time.