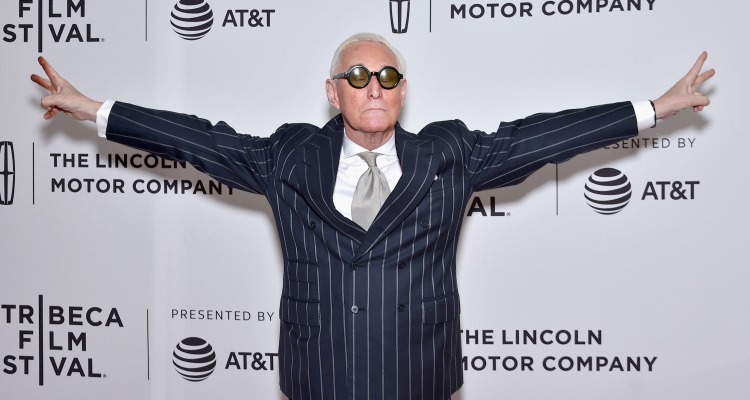 “You’re fired!” In what appears to be another episode of the White House version of The Apprentice, President Donald Trump recently terminated former FBI Director, James Comey and many are pointing the finger at Roger Stone. Who is Roger Stone? That’s what many have been asking and now they want answers about the latest firing dolled out by Trump. To learn more about this story, have a look at our Roger Stone wiki.

Roger Stone, 64, was born on August 27, 1952 in Norwalk, Connecticut. He’s an American lobbyist and political consultant known for his opposition research on Republican candidates. He and his wife, Nydia have two kids.

There seem to be a number of pink slips at the White House and with everyone’s head on the chopping block, critics are wondering who could be next. From Day 1 to Day 100, the Trump Administration has been met with skepticism from both parties, and many have grown tired of how the newest commander in chief is running things. Trump quickly fired Comey, the nation’s top law enforcement official, on Tuesday. The dismissal has raised a few eye brows, since Comey, 56, was fired while investigating whether the president’s campaign had ties to Russia interfering with the election that got him in the White House.

In a letter to the former director, Trump explained that Comey’s firing was necessary to restore “public trust and confidence” in the FBI. He was recently under fire for his investigation tactics regarding Hillary Clinton’s email scandal, including a pair of letters he sent to Congress in the final days of the election.

Comey was appointed FBI director by then-President Barack Obama in 2013 to a 10-year term, but that post isn’t a guarantee for the full term, especially if a newly-elected president is in office. The White House stated that they are looking for a replacement as soon as possible, and that Andrew McCabe will take over until a suitable and permanent replacement is found.

According to a CNN report, Stone advised Trump to order Comey’s firing. Stone and Trump have a long history and Stone was his confidant long before he became president. Stone is being scrutinized in several investigations regarding the possible collusion between Trump and Russian officials during the election. Stone tweeted that he never said anything to Trump, but that he was behind the end result.

Stone and CNN haven’t been on the same page for years and had issues in the past. The network banned him from appearing on any of their shows due to the negative tweets he made about their TV personalities. Trump also came to Stone’s defense and posted his response on Twitter, as per usual.

“The Roger Stone report on @CNN is false – Fake News,” Trump wrote. “Have not spoken to Roger in a long time – had nothing to do with my decision.”

The Russia-Trump collusion story is a total hoax, when will this taxpayer funded charade end?

Roger Stone is a Controversial Character

There may be an obvious reason why Trump and Stone are such good friends: Controversy. But what is Washington, D.C. without a little controversy? Stone has been known to stir things up in past campaigns and got his start while working under President Richard Nixon. The Stone-Russia probe is still causing questions and the White House has stated that Stone and Trump are not in contact. Stone has a reputation for inviting conflict and many are questioning his influence and contact with the president.