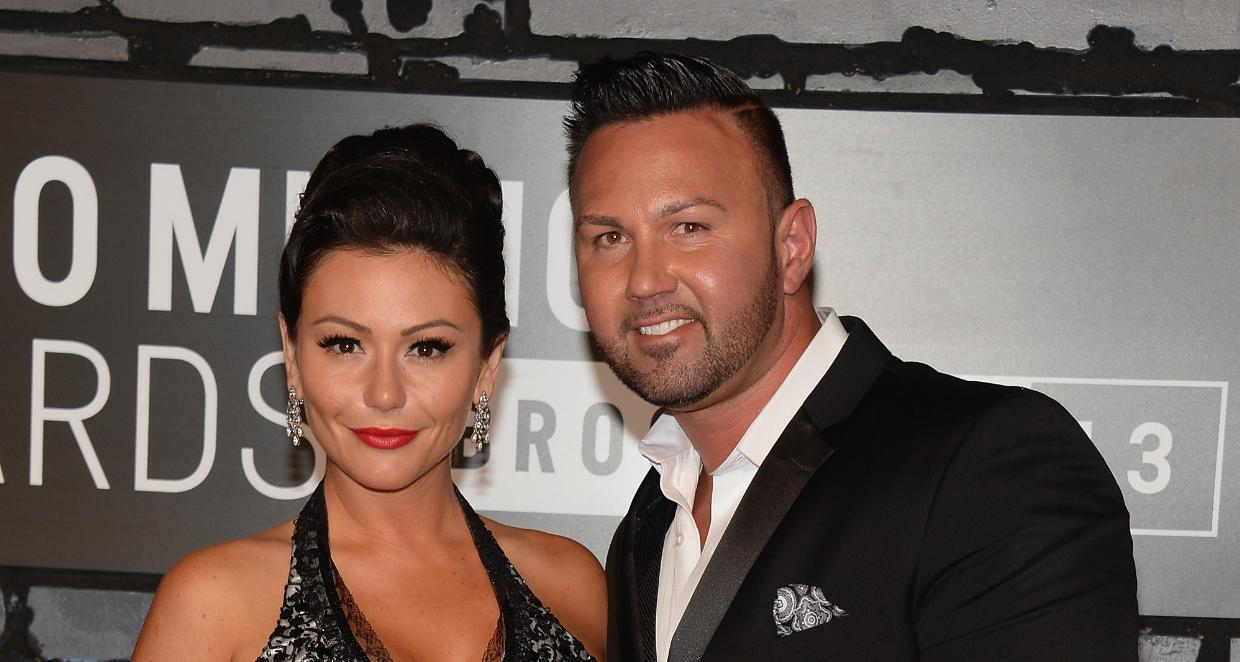 Before he was known as JWoww’s husband, Roger Mathews was (and still is) a very successful businessman in his own right. However, his rise to widespread fame and fortune began back in 2009 when he first made an appearance on season 3 of the hit MTV reality series, Jersey Shore. He was later featured on the highly successful spinoff, Snooki & JWoww, alongside his now-wife, Jenni Farley. Our Roger Mathews wiki has everything you need to know about the father of JWoww’s kids, their relationship, and more!

He Comes from Humble Beginnings

Born on June 1, 1975, Roger Mathews’ age is 43. Even though he currently lives and works in New Jersey, Roger originally hails from a very small town in Maine called Cherryfield. In fact, his father and stepmother still live in Maine today, and he’s very close to his dad.

He immediately started working in his family business driving trucks and making deliveries throughout town. Eventually, he expanded that business to New Jersey and made a great deal of money from it. And he is still a truck driver today!

Over the years, Roger and Jenni have become a Jersey Shore fan-favorite couple because of their captivating back and forth witty banter, both in-person and on social media. In fact, Roger Mathews’ Instagram is full of cutesy videos that relate the couple’s daily lives with their kids to keep fans updated on everything they’re doing.

Here’s a video of them eating dinner together and celebrating a birthday!

Really bummed we weren’t able to celebrate Bubbys birthday at the Kentucky Derby as we had planned BUT sometimes these little low key family birthday celebrations are just as special. #WeAreTheMathews

But it hasn’t been all roses and rainbows for these two; their relationship has certainly seen it’s low points. So low, in fact, that the couple were featured on Marriage Boot Camp: Reality Stars in 2014. Many of their problems stemmed from communication and the fact that they were both stubborn as hell.

Sex was also an issue, Roger admitted. He joked that, “Sex is supposed to end after you get married,” but the two weren’t even engaged yet. He said that their sex life ended after Jersey Shore instead.

Between Jenni’s eye-rolling and keeping tight-lipped on certain issues the two were clearly facing, it was clear Jenni didn’t want to be there.

During their group sessions, Roger really opened up and got emotional about his friend’s suicide. But when Jenni was asked to do the same, she didn’t divulge too much. Roger felt she wasn’t taking it seriously.

“She’s not here for the same reasons I am,” he said. Eventually, Jenni agreed to participate and things between them started to get better.

Though Jenni admitted that she originally agreed to appear on the show for the paycheck, she acknowledged that their relationship really needed work and Marriage Boot Camp truly helped both of them sort out their differences.

While they’ve certainly experienced more than their fair share of hardships and marital issues, it seems like things are finally back on track for Roger and Jenni.

Even though he’s a full decade older than her, the two have a lot in common and shared instantaneous chemistry when they first met during season 1 of Jersey Shore.

But at the time, they were both dating other people. And even though, as Roger put it, “nobody crossed any lines” (despite the two of them being incredibly intoxicated that night), there was an obvious instantaneous connection between them. They knew they wanted to see each other again. Roger joked that he “planted the seed.”

As the years went on, they got to know each other a lot better and slowly developed a romantic relationship. In fact, Roger began to be seen frequently on the show as Jenni’s boyfriend, and evenutally, news broke that Jenni was pregnant!

Their daughter, Meilani Alexandra Mathews, was born in 2014, a year before the couple got married.

Two years later, the couple announced their family was again expanding, and their son, Greyson Valor Mathews, was born in 2016. 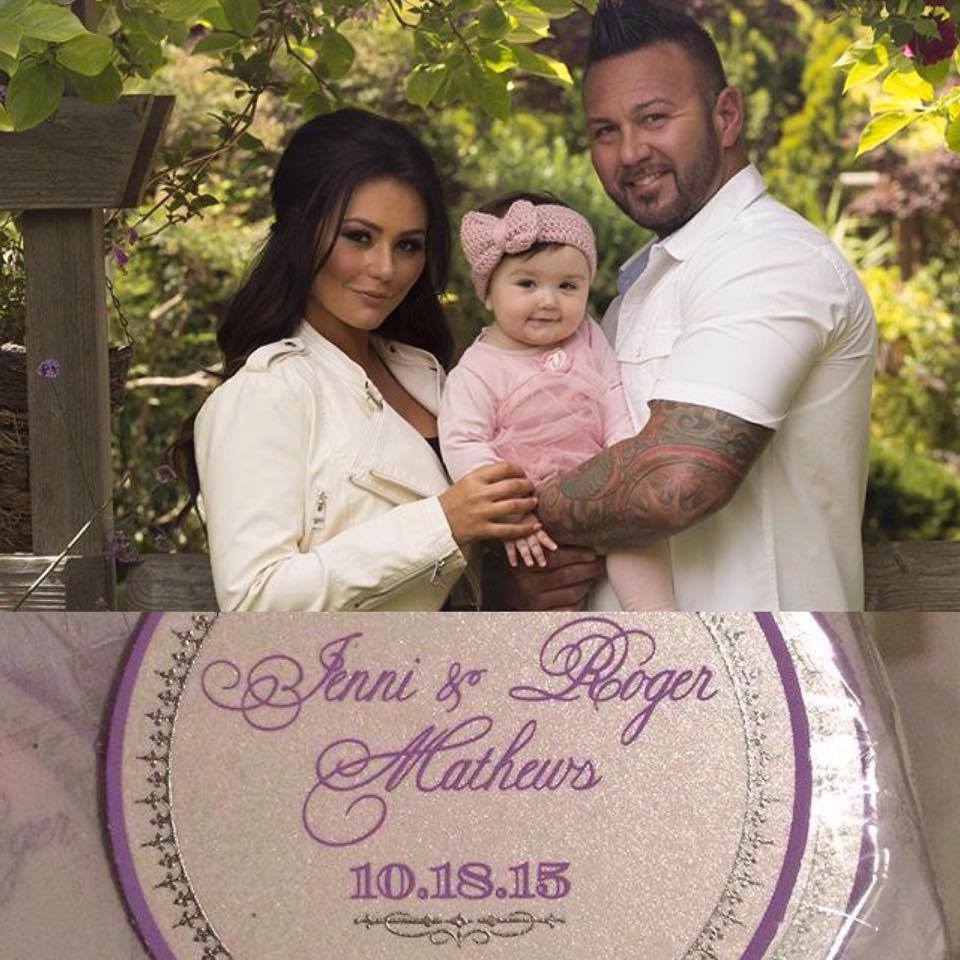 It wasn’t until the show’s third season when Roger and Jenni decided to officially publicize their relationship. But it wasn’t long after that when Roger decided to pop the big question. And he did it in a big way!

In June of 2012, the couple decided to go skydiving, with Roger jumping out of the plane, ring in hand! As they landed, Jenni looked over at a hand-written sign that was awaiting them on the ground, asking her to marry him. She was in complete shock as she said “Yes,” while Roger was on one knee with a cushion cut diamond with over 5 carats, with 2.5 carats of pink and white diamonds set in a white gold band. They were married on October 18, 2015.

Like any other couple, Roger and Jenni have been through a lot of ups and downs throughout their relationship. In 2013, prior to Marriage Boot Camp, the couple was spotted going into a New Jersey family counseling clinic during their engagement.

At the time, people assumed they were seeking relationship counseling and fans were bracing themselves for an inevitably epic breakup. Fortunately, that never happened.

As it turns out, Jenni and Roger tragically suffered a miscarriage with their first baby and they both needed professional help to overcome the emotional pain and trauma of the situation. This happened right before season 4 of Jersey Shore was scheduled to start filming.

Pictures of the couple looking forlorn as they entered the family counseling facility quickly began to surface. Of course, people assumed that the couple was headed for splitsville.

Rumors that their relationship was in trouble spread like wildfire throughout social media and tabloids everywhere when, in fact, they were both suffering through a very difficult incident together.

JWoww revealed the truth of the matter during an extremely candid on-camera conversation with her Jersey Shore castmate, Mike “The Situation” Sorrentino, in a clip from the new reality series Jersey Shore: Family Vacation, which aired on April 12, 2018.

Check out the clip below:

Roger remained loyal and stuck by her side throughout the entire ordeal, even though it put a great deal of pressure on their relationship.

He Has a Great Sense of Humour

Aside from his family, it seems that Roger loves nothing more than documenting every moment of his life in Instagram videos—and that includes the time he got a vasectomy!

That’s right! He and Jenni were very straightforward about the fact that they don’t want any more kids. He even went as far as to record every step of the process (in implicit detail, of course) so that other men considering getting a vasectomy could benefit from his experience.

And he did it in typical Roger fashion, using humor combined with personal insight to make the situation more relatable. You certainly can’t help but laugh at his commentary and the jokes he often makes at Jenni’s expense!

Enjoyed my doctor consultation this morning babe. Thanks for nothing. I had to keep reminding myself how happy I was that you developed a hemroid when you were pregnant to get through it @jwoww . #WeAreAnoFilterFamily #GoWatchLeaveItToBeaverIfYouWantFilters

Though he will not have any more kids in the future, there’s no doubting he’s an amazing father to the two he does have now. If you’ve ever watched clips of their reality show, Jenni & Roger: Domesticated, you will see what an awesome dad Roger is to his two kids.

He’s very hands-on when it comes to parenting Meilani and Greyson. And it’s clear he’s so proud to call them his—just look at his Instagram and all the love for them he posts! Meilani is his sweet angel and Greyson is his little champion, Roger and Jenni are making sure to raise their children right and ensure they have a similar relationship Roger shares with his own father. He gloats that his father is his best friend and that they are extremely close. He hopes to have that same relationship with his son.

Roger Mathews started cultivating his extensive love of body art at a very young age. He was just 17 years old when he got his first tattoo!

Roger Mathews’ Job and Net Worth

Despite reaching massive amounts of fame and fortune because of his relationship with Jenni, Roger Mathews still works very hard to support his family.

Ever since he and his wife started dating, it is estimated that Roger Mathews’ net worth is approximately $2.0 million.

He continues to work as a truck driver and businessman, in addition to being a TV personality and making appearances on variations of Jersey Shore, alongside his wife.

Combined with JWoww’s net worth of an estimated $3.0 million, not to mention their gorgeous New Jersey home, it’s safe to say this happy couple has made all the right moves for their adorable family. A far cry from their days living in the “smush house” on Jersey Shore! 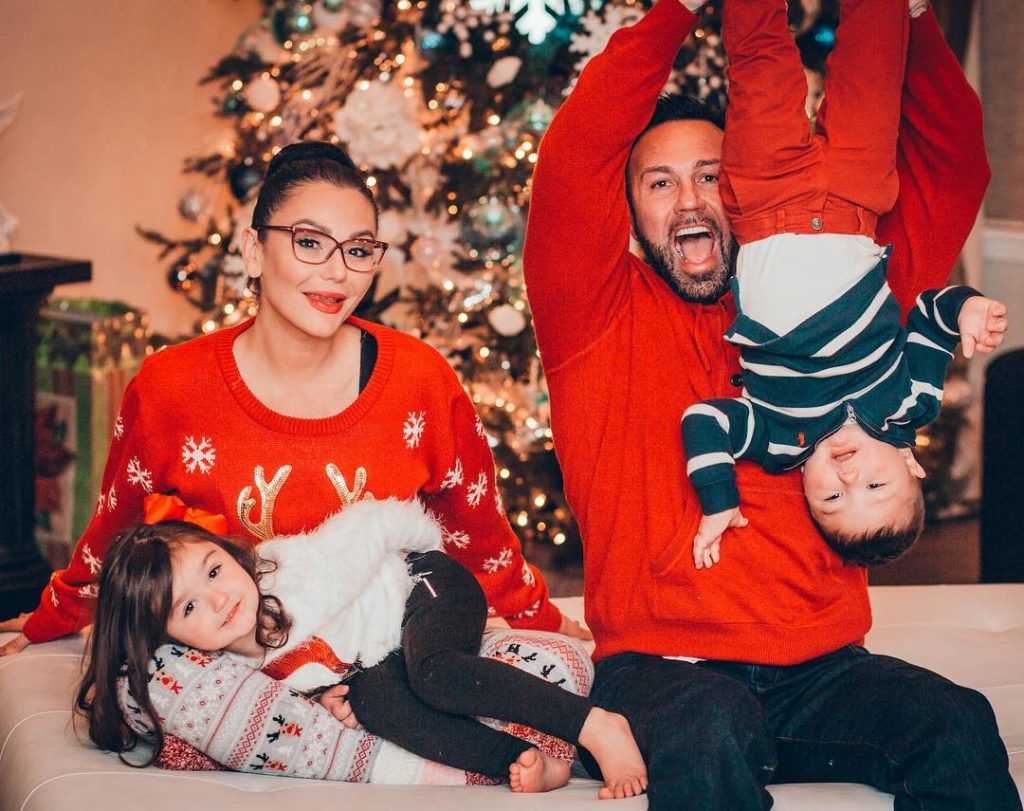