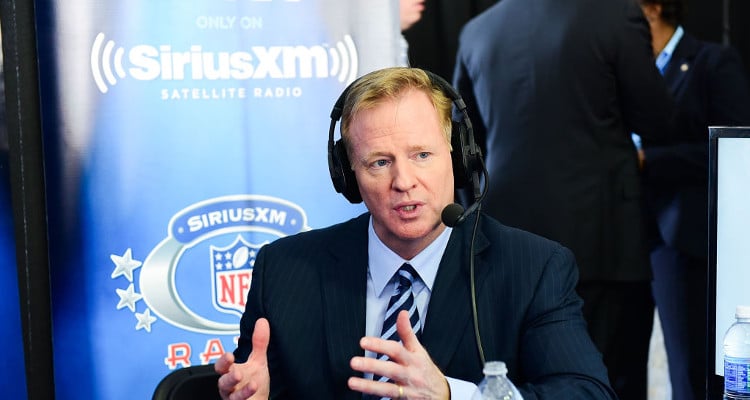 Jane Skinner, wife of NFL Commissioner Roger Goodell, is currently defending her husband against any criticism that she feels is unwarranted. She admitted to using a fake Twitter account to reply to negative comments leveled against Goodell for his handling of the NFL. Skinner herself was a media professional for Fox News and knows how the game is played.

Jane Skinner is the kind of wife you want when you are fighting in the trenches. Roger Goodell’s wife took some extraordinary measures to protect and defend her husband from his critics. The current NFL Commissioner is getting a lot of criticism for how he is handling the various problems in the organization. It was recently revealed that Skinner was anonymously defending her husband on Twitter to those who criticized him. People are curious to know more about Goodell’s wife, so we have some details from Jane Skinner’s wiki.

Skinner admitted on Thursday, October 12, 2017, to The Wall Street Journal that she had been using a Twitter account under the name, “Jones Smith” with the handle “@forargument” to defend her husband online. After being outed, she called it a “silly thing to do” after defending her husband against media outlets like NBC Sports, ESPN, and several newspapers. When Pro Football Talk tweeted on September 26, 2017, that it was the commissioner’s responsibility to resolve the issue of player protests, Roger Goodell’s wife replied, “Please do better reporting. He is already doing this. You are behind.” Jane Skinner’s fake Twitter account was deactivated on Thursday, October 12, once news that she was the anonymous defender was out.

Born on February 12, 1967, in Chicago, Illinois, Jane Skinner’s age is 50. She is a former daytime news anchor who co-hosted Happening Now on the Fox News Channel. She announced her decision to retire on June 24, 2010, because she wanted to spend more time with her family. Skinner was raised in Lake Forest, Illinois, where she graduated from Lake Forest High School in 1985 before obtaining her bachelor’s and master’s degrees from Northwestern University. Her career began as a political correspondent for KBJR in Duluth, Minnesota, before working as an anchor at WITI in Milwaukee, Wisconsin, a general assignment reporter for KMOV in St. Louis, Missouri, and WCSH in Portland, Maine, ultimately making a big career move by joining Fox.

There is no information about Jane Skinner’s net worth but her husband, Roger Goodell, has a whopping net worth of over $75.0 million. Skinner and Goodell got married on October 25, 1997, and the couple live with their twin daughters in Westchester, New York. Jane Skinner’s daughters were born in 2001, and they are part of the loving and warm family that she has worked so hard to have. People who want to check out Jane Skinner’s hot pics will be disappointed to know that her Instagram account is private.

The Best Kind of Wife

Explaining her actions, Skinner told TWSJ, “It was a REALLY silly thing to do and done out of frustration – and love. As a former media member, I’m always bothered when the coverage doesn’t provide a complete and accurate picture of a story. I’m also a wife and a mom, I have always passionately defended the hard-working guy I love – and I always will. I just may not use Twitter to do so in the future!” Goodell is a lucky husband to have such a courageous wife helping him through his bad times!