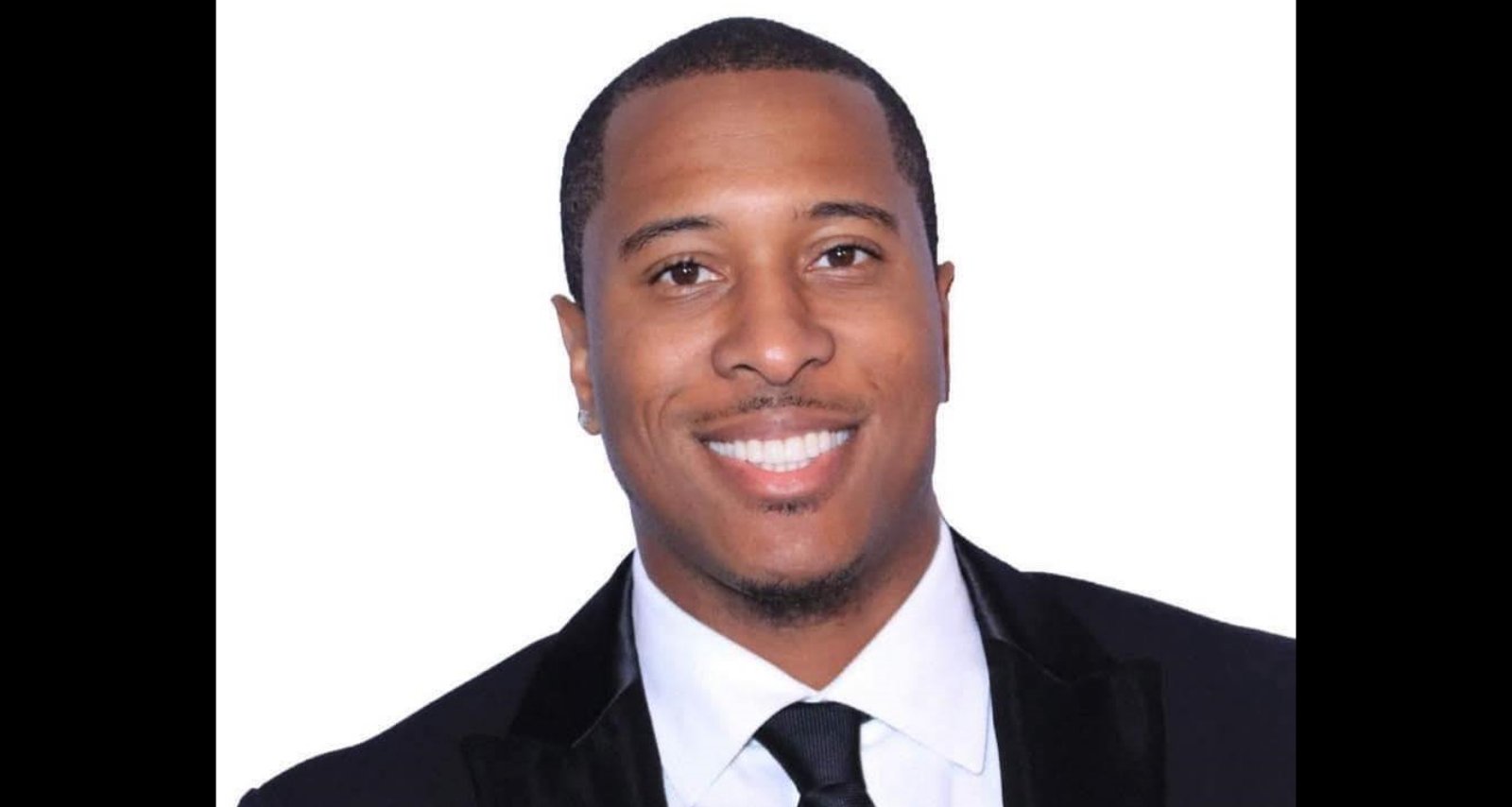 Rodney Blackstock is probably in his wife Maria Taylor’s corner cheering her on as she takes on a new role while also handling critics with charisma. The ESPN analyst made her debut as a sideline reporter on Monday Night Football. But when radio host Dan McNeil made a misogynistic tweet about her appearance and was promptly fired for it, Taylor clapped back at McNeil with panache. Blackstock is certainly one of the many supporters applauding her response. Their relationship endured an on-and-off phase before they sealed the deal with a wedding. This Rodney Blackstock wiki reveals more on Maria Taylor’s relationship with her husband.

Rodney Blackstock was born on October 29, 1980 and is a native of Greensboro, North Carolina. Blackstock is of Brazilian ethnicity and is fluent in Portuguese.

Blackstock had a tough early life bouncing between foster homes. He had only seen his mother thrice in his lifetime before she passed away when he was 12.

He lived with different people, which added to his perspective on life. Losing his mother gave him the motivation to do things with his life that she couldn’t achieve. He did that by playing and excelling in basketball.

A mutual passion for basketball led to a friendship with Dwon Clifton. Clifton’s parents would adopt Blackstock and give him the home environment he didn’t have in his early years.

Besides moving between foster homes, Blackstock attended several different schools during his high school career. Throughout his student life, he was a remarkable basketball player.

Blackstock played basketball at Louisburg Junior College and Howard Junior College in Texas before he got the opportunity to attend the University of North Carolina at Greensboro (UNCG). He, however, sat out one season until his best friend Dwon Clifton was eligible to transfer to UNCG from Clemson.

The two ballers attended different high schools and never got to fulfill their dream of playing on the same team. That came true when Clifton transferred to UNCG.

Blackstock graduated in 2009 with a BA in commercial and advertising art. He remained connected to basketball and also pursued his entrepreneurial interests.

Rodney Blackstock Was a Sports Agent

According to his athletic profile, Blackstock was an unrestricted free agent in the 2007 NBA draft. Though he wouldn’t play in the NBA, he stayed in the game as an NBA agent.

He was a sports agent for more than three years at ApexBlack before coaching the women’s basketball team at Johnson & Wales University.

Blackstock was the director of sports marketing at Q4 Sports in California. He is no longer with Q4 Sports as of May 2020.

In 2019, Blackstock was the subject of an investigation for his alleged ties with UNC basketball player P.J. Hairston. Blackstock had reportedly paid an AAU coach to sign another top draft choice, which led the NCAA to investigate Hairston’s supposed ties to Blackstock.

Rodney Blackstock Has an Insurance Business

Blackstock had his own consulting firm, Real Brand Consulting, which he founded in 2017. He was associated with it until 2019.

Blackstock and Taylor currently split their time between New York and Atlanta. He was previously a state farm agent in Atlanta, advising clients on the best insurance policies for them.

As of May 2020, he is the owner and an agent of The Auto Club Group in Buckhead, Georgia. He also featured in a local Atlanta publication’s September/October issue to talk about his newest venture, Blackstock Insurance Agency, which began in August 2020.

Maria Taylor (born on May 12, 1987) is a former basketball player from Atlanta’s Centennial High School. She attended the University of Georgia and later embarked on a career as a sports analyst and reporter.

The reporter was at a Charlotte Hornets game in North Carolina in September 2014 when she noticed sports agent Rodney Blackstock in the arena. Unbeknownst to each, they were checking each other out.

According to their wedding site on The Knot, Blackstock asked a friend if Taylor was a WNBA player or the partner of a player there. They would meet in the back room after the Hornets game, and Blackstock made the first move.

“The first thing he said was, ‘You’re not as tall as I am.’ I was like, ‘I don’t know if that’s a pick-up line,’ but it started a good conversation,” Taylor recalled. They exchanged numbers and went out to grab a bite together that same night.

Eight months into their relationship, Blackstock made a rushed proposal. A month before their planned June 2016 wedding, both parties felt they were getting hitched too soon.

They broke off their marriage plan, but their relationship didn’t end there. After an on-again-off-again phase, they reunited for good three years later. Blackstock made his second proposal during a hike in L.A.

Blackstock and Taylor married on May 5, 2019 at a beach in Destin, Florida.