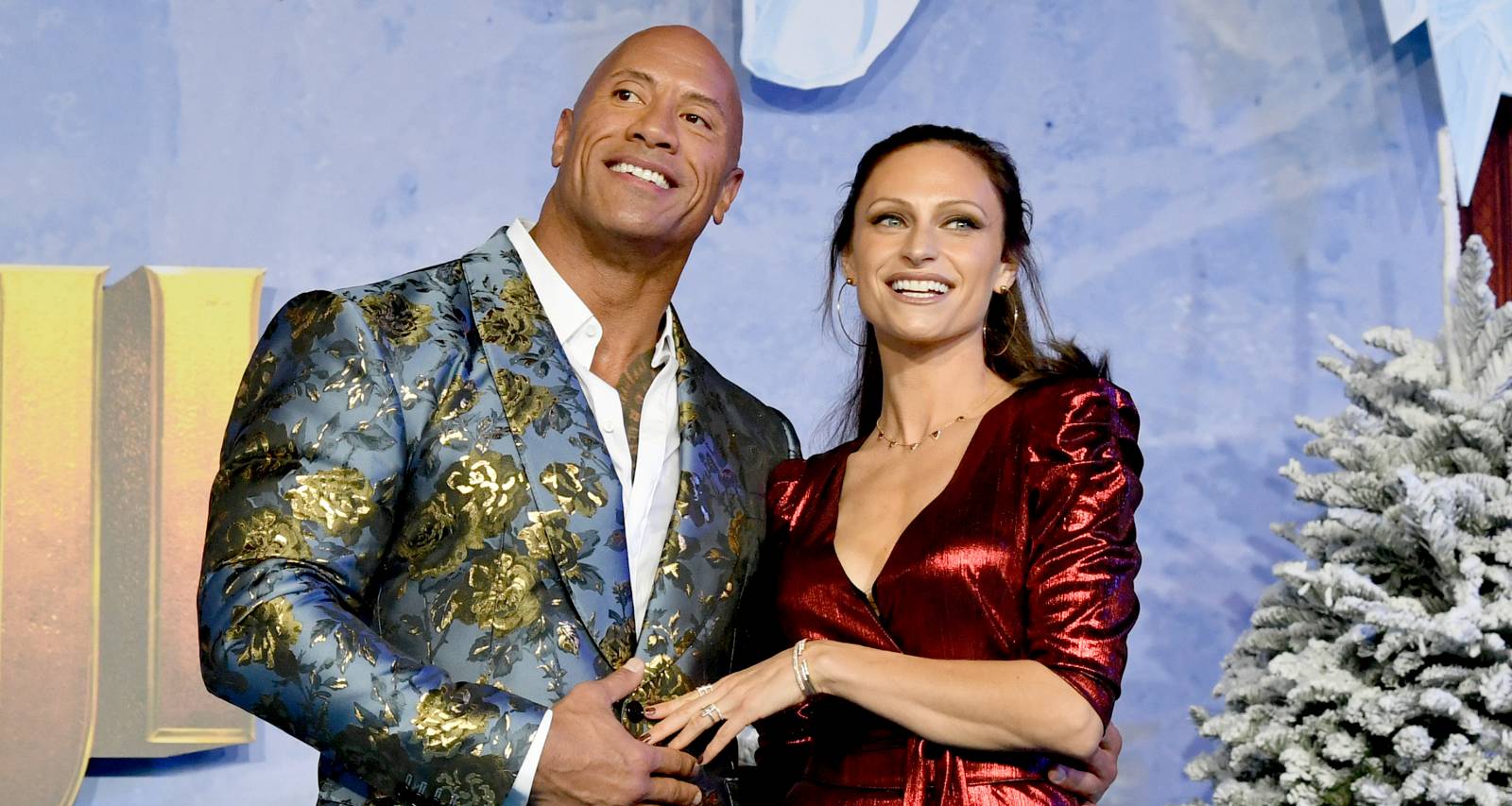 Dwayne “The Rock” Johnson recently married his long-time girlfriend, Lauren Hashian on August 18, 2019. The news is another recent highlight of his life, after the record-breaking success of his new movie Hobbs & Shaw. They celebrated their nuptials in Hawaii by the ocean, and couldn’t look any happier, as seen in his latest Instagram post. Here’s what you need to know about Lauren Hashian, The Rock’s wife, and their exciting step forward in their relationship. Keep reading to know more about her with details from Lauren Hashian’s wiki.

In two stunning Instagram photos, The Rock, shared his excitement about their intimate ceremony. Hashian wore a slim lace dress with a low-cut V-neck, and the dress flowed out like a gown near the bottom.

The Rock wore something slightly less formal: white dress pants and a sheer white shirt—also with a low-cut V-neck. He still looked as dashing as ever!

The couple have been in a relationship for 12 years and have two children together. They may have waited quite sometime before tying the knot, but The Rock was in no rush, “I just refer to her as my wife all the time. So, a lot of people are like, ‘Oh, did you get married?’ I’m like ‘No. Easy. Don’t rush big daddy.’”

Lauren Hashian Is from Massachusetts

Born on September 8, 1984, Hashian a true-blue Bay State girl. Although her nationality is American, she comes from Italian and Armenian background.

She grew up in Lynnfield and attended Lynnfield High School, after which she moved to Boston when she was 20.

In high school, Hashian held the record for the triple jump. She also shared how she would pretend to be an animal in public places when she was a child.

Hashian then attended Emerson College in Boston, where she studied public relations and communications. She graduated in 2006 with a Bachelor of Arts degree. And along with her studies, she was also very good at singing and dancing.

This was the same year that she met The Rock—she was filming The Game Plan, and at the time, he was still married to his first wife, Dany Garcia. The couple wasn’t doing well and decided to divorce a year later. This opened the doors for The Rock and Hashian to fall in love and start dating.

Her hometown is Lynnfield, Massachusetts, but these days, Dwayne Johnson and Lauren Hashian currently live together in their $5.5 million home in Southwest Ranches, Florida.

Lauren Hashian is a middle child, born to Sib and Suzanne Hashian. Sib Hashian was a drummer and part of the rock band, Boston.

She has an older sister named Aja Hashian, who is the director of clientele at Right Counsel. She also has a younger brother named Adam Hashian.

All the “sib-lings” have children of their own. And, they are more than happy to support each other in their successes.

But there was a tragedy in Lauren Hashian’s life.

In March 2017, her father, Sib Hashian, collapsed during a performance on a cruise ship. The incident eventually led to his death, but the cause was unknown.

Hashian Is a Musician Too

The daughter of Sib Hashian is a prolific singer-songwriter herself. She may not be as famous as her hunky bae, but she has had her fair share of fun on and off camera!

As a child, Hashian was always surrounded by music. She would sing along with her father as he played the drums.

Hashian was one of the finalists on R U the Girl, where a bunch of ladies had to compete to get a chance to sing with TLC.

T-Boz and Chilli were the two women from TLC that everyone adored, and a chance to perform with them meant a shot at fame! Although Hashian did not win the competition, it appears that show helped to kick off her singing career.

In 2014, she released her song, “Memory,” followed by other singles like “Go Hard.” Lauren Hashian’s songs are available on SoundCloud.

The video for “Go Hard” was shot in 2016 and released the following year. It was the first music video Hashian appeared in because she was more reserved about being in front of the camera. It also ended up as one of ESPN’s official songs for the 2017 WNBA season.

In an interview, she mentioned that since Johnson spends most of his time facing the cameras, she likes to stay a little more reserved, especially for her daughters.

Although Hashian has not had a mainstream music career, she has made sure she is connected to it.

She works as a songwriter along with her sister. Hashian co-wrote the song, “Only You,” with rapper, YaBoi Shad.

This singer has mostly been a behind-the-scenes talent but she has an impressive resume that says she’s worked for Paramount Pictures in their Motion Pictures Music Department.

Hashian has also been a part of the Warner Music Group, before going independent in 2011. She lists her talents in voice-over work, session singing, vocalist, and dancing, too.

This talented lady is all about family. She has made sure that she is there for her kids and her partner as strong support. They also support her! In a 2017 interview, she said, “Dwayne has been such a major driving force in my inspiration… Honestly, if I impress him with a track, then I feel accomplished, it’s true!”

She’s mostly spotted on red carpet events hand-in-hand with The Rock. And fans of the WWE champ simply love her for her simplicity.

Johnson and Hashian had planned to tie the knot in spring last year. However, she became pregnant with her second daughter and decided to postpone the wedding until after she gave birth. “And Mama don’t wanna take wedding pictures with a big belly—Mama wanna look good,” he told Rolling Stone in 2018.

On today, my father’s 70th birthday, my family and I understand more than ever how blessed we were to have 67 years of his LOVE, laughs, music, wisdom, and guidance watching over us. Now he watches over us in a different way. Dad, I miss you everyday, I love you and wish you could be here to see all of this too… But I know you have the penthouse view now. Thank you for still being with us & walking with me in your new way… We ❤️ YOU 🙏🏼#DadamusDadamusDadamusHashian 😇🥁🎳🏌🏽‍♂️🎂🍬📽🌊💗🌈

When Lauren Hashian met The Rock during the filming of the movie, The Game Plan, the couple quickly fell in love after he settled his divorce with Garcia in 2007.

The couple began a relationship in 2007, and their first daughter, Jasmine, was born in 2015. The proud parents welcomed their second daughter, Tiana Gia, in April 2018.

Dwayne Johnson got his very own walk of fame star in December 2017, when Lauren Hashian was about six months pregnant.

The Rock’s daughter Simone Alexandra is from his previous marriage to film producer Dany Garcia, and with Hashian, he has two daughters. When his second daughter was born, he was excited to announce the news to his fans:

“Tiana Gia Johnson came into this world like a force of nature and Mama @laurenhashianofficial labored and delivered like a true rockstar,” the champ quipped about the love of his life and mother of two.

The actor is absolutely in love with her. Obviously, The Rock and Lauren Hashian are looking forward to spending quality time together as a family of four.

And now that they’ve taken their relationship to the next level, it looks like there are some great times ahead for this family!

Happy Mama’s Day to my incredible woman @laurenhashianofficial who’s the anchor of our blessed family. I always say, if you got a good mom then you have real shot at life to becoming a good human being. As a father and man, I find the greatest peace and gratitude in knowing our baby girls here, Jazzy & Tia have this incredible woman’s motherly love. These little nuggets have a real shot. Daddy’s bringing the tequila home so get ready cuz we gonna make some more babies tonight 😉🥃 HMDB x