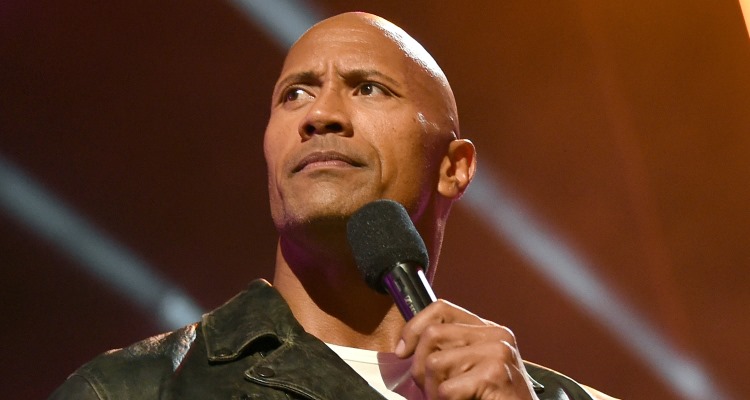 It seems that Under Armour ambassador, Dwayne “The Rock” Johnson is defending his place as the face of the now controversial sports company, after the sports brand’s CEO made divisive and problematic comments in support of President Donald Trump.

It looks like it’s the Rock vs. Kevin Plank, CEO of Under Armour and a known Trump supporter. In an interview with CNBC earlier this week, Plank discussed his allegiance to Trump, surprising and diving the brand’s loyal customers. In a lengthy post made by Dwayne “The Rock” Johnson, the Fate of the Furious star explained to his fans that Plank’s words don’t specifically reflect how he feels, and that the CEO doesn’t speak for all the employees.

I appreciate and welcome the feedback from people who disagree (and agree) with Kevin Plank’s words on CNBC, but these are neither my words, nor my beliefs. His words were divisive and lacking in perspective. Inadvertently creating a situation where the personal political opinions of UA’s partners and its employees were overshadowed by the comments of its CEO. A good company is not solely defined by its CEO. A good company is not defined by the athlete or celebrity who partners with them. A good company is not a single person. A good company is a team, a group of brothers and sisters committed to working together each and every day to provide for their families and one another and the clients they serve. We don’t partner with a brand casually. I partner with brands I trust and with people who share my same values. That means a commitment to diversity, inclusion, community, open-mindedness and some serious hard work. But it doesn’t mean that I or my team will always agree with the opinion of everyone who works there, including its executives. Great leaders inspire and galvanize the masses during turbulent times, they don’t cause people to divide and disband. My responsibility here is not only to the global audience we serve, but also to the thousands of workers who pour blood, sweat, and tears into making Under Armour strong. A diverse group of hardworking men and women who possess integrity, respect and compassion for one another and the world they live in. Debate is healthy. But in a time of widespread disagreement, so is loyalty. I feel an obligation to stand with this diverse team, the American and global workers, who are the beating heart and soul of Under Armour and the reason I chose to partner with them. My commitment is as real as my sweat and callouses that thicken daily. #CommittedToThePeople

Many now wonder about the fate of Under Armour as its fourth-quarter earnings in 2016 were significantly lower thank expected, and Kevin Planks statements could likely be a factor in whether or not they bounce back. Not too long ago, Uber was also under fire for their company’s owner siding with Trump, leading many of Uber’s customers to delete the popular app completely.