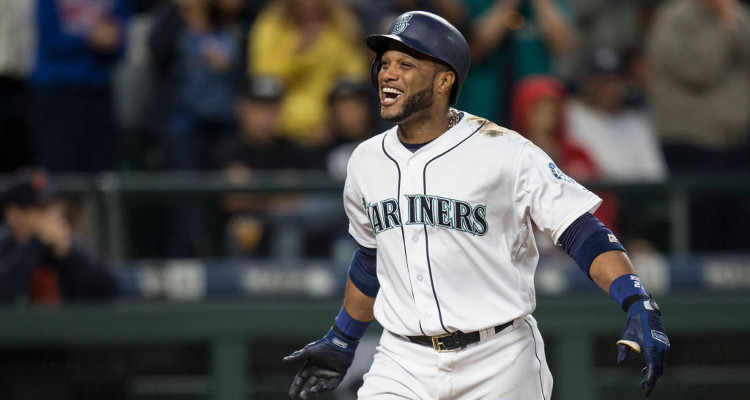 Robinson Cano was just named All-Star MVP, when he hit solo home run in the 10th inning! needless, to say, his MLB career is going pretty smoothly. But his personal life is a little bumpy. Apparently, he is no MVP when it comes to being a dad, as claimed by Robinson Cano’s ex-girlfriend, Jackelin Castro. He’s had some issues in the past with Jackelin that made headlines. Find out all about it and more about her, right here in out Jackelin Castro wiki.

The Seattle Mariner’s ex-girlfriend is a native of Dominican Republic, where Cano was born and raised before he became a naturalized U.S. citizen in 2012. Jackelin Castro is around 42 years old now, eight years older than Cano. According to her, they dated back in 2008, but he broke up with her in 2011. She often traveled to and from to the U.S. when they were together.

She came to mainstream attention back in 2013, claiming that Cano is not only a deadbeat dad, but that he also skimped out on child support. According to her, he bailed the moment he found out she was pregnant, and paid too little and too sporadically towards his son’s care.

Is Cano a Deadbeat Dad?

In 2013, Castro claimed that Cano’s legal team tried to intimidate her into accepting a monthly support of $600. She filed a child support case in a Dominican Republic court, just as Cano was set for free agency. He made $15.0 million that season and has a $240.0 million contract with Seattle. He earns around $26.0 million a year and has a net worth of 70.0 million. So, Castro believed her ex could give more than $600 to his son.

Her lawyer demanded that the child support should be increased to $25,000 while claiming Cano spent more on his lifestyle than on his own son. “I believe the money he gives to the son, when he does, is not enough to feed the dogs of Robinson Cano’s house,” said Wendy Diaz, Castro’s attorney. “Maybe he is expending more money on the dogs and cars that he has than on his own child,” she added.

She Attacked His Public Image

Cano is most famous for his charity work and helping underprivileged children through his foundation, RC24. While he helps other poor children through the charity, Jackelin Castro claims he does very little for his own son. “What hurts me most [is] he shows the world that he helps children, that he’s a good person, he’s very humane,” she said.

She claimed that he was deceiving people with his philanthropy saying, “He may trick the world and everybody who sees him because he’s the big star that he is, but there’s a reality, which is a son who doesn’t [receive] the quality of life he’s supposed to.”

Among her other claims, she also said that she suffered a miscarriage when she was with Cano, adding that his mother made her pregnancy difficult and Castro did not trust her son to be around his grandmother. Cano’s mother refused to comment on matters between her son and his ex.

Cano Has Refuted Her Claims

The MLB powerhouse refused to talk about his legal battle with his ex to the media. He claimed he has gone “above and beyond to care for my child” and agreed to a monthly payment. He also claims to have paid for a house, car, insurance, school, clothes, toys, and other essentials for his son and ex.

“This is a private matter and I will not fight it in the media, nor will I say anything disparaging about the mother of my child or comment any further,” said Cano. “I look forward to an amicable resolution that will allow me time with my son,” he added.

The exes met in court to settle child support, but it’s not known if they reached a resolution. Robinson Cano’s son lives with Jackelin Castro in a grand mansion bought by the player. A Ferrari, Porsche, and Escalade are seen at the estate. However, Jackelin Castro’s lawyer said he didn’t pay enough for the maintenance of the estate. Nevertheless, many debated if Cano is an absentee father, or if Castro is just a gold digger.

Castro is not active on social media, but photos of mini-Cano swinging a bat have surfaced. Of course, Cano as gushing like a proud dad, saying, “You wish he was here so you could spend time with him. At the same time, he’s taken care of by his mom in the D.R.”