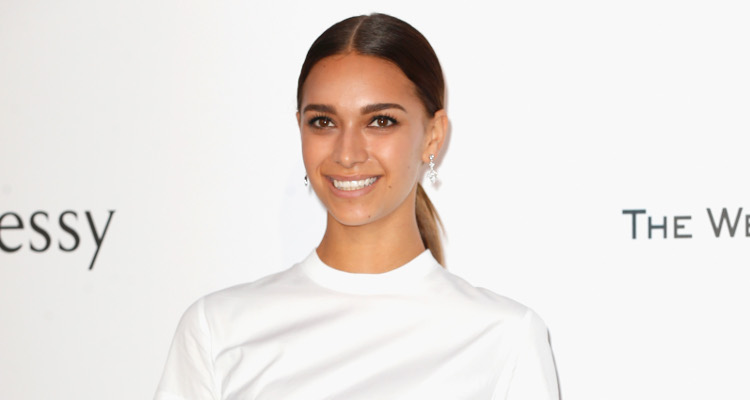 There’s going to be another Thicke in Hollywood! Robin Thicke and his girlfriend, April Love Geary, are expecting their first child together. Geary took to her Instagram to share the news with a sonogram —and guess what? The due date is on the late Alan Thicke’s birthday! Geary is excited that her baby might share a birthday with her grandfather, and we’re excited to know more about Robin Thicke’s baby mama. So, we’ve compiled our very own April Love Geary wiki, and we’re sharing it with you.

With her gorgeous looks and stunning body, what else could she be doing? Geary’s a sporty girl from Huntington Beach, which explains her affinity for swimsuits and surfboards! She’s signed with IMG Models and she was also featured in Sports Illustrated; why wouldn’t she be?

She’s only 22 years old now, but has been modeling professionally for the better part of a decade. Besides appearing in several online shopping sites, her best-known work was for Tom Ford’s fragrance line. Her SI casting call in 2015 lets us know quite a bit about her. She loves Jordans, her pet bearded dragon, Beans, and playing Mario Kart.

Known as “Apes” or “Love” within the modeling circuit, she is most proud of “[my] never-ending legs and my bubble butt!” And you know she’s a dedicated model because she modeled in lingerie and four-inch heels on a tree. This also brings us to point out that she’s a self-proclaimed “accident-prone” person. She dreams of walking in the Victoria’s Secret Fashion Show and we can totally see that happening!

Loving the sun but ready to go home and see my pups ????

They Made Headlines in 2015

Thicke made his first public appearance with the young model in 2015 at the Cannes Film Festival. Before that, their relationship was speculated and fueled by Geary’s cheekiness. Thicke was previously married to actress Paula Patton. They started dating at the age of 16 and married in 2005. They were together for more than two decades and married for nine years, but they went through a highly publicized divorce in 2014.

The 40-year-old singer probably gave up on his public attempts to reconcile with Patton. Both have since moved on, with the actress jumping into the dating pool and Thicke romancing his new squeeze. Geary initially played coy and said their relationship was purely platonic. Nevertheless, it was plain as day with all the love they showed each other on social media. Robin Thicke’s father, Alan Thicke, also gave Geary his stamp of approval before his death in December 2016.

She Doesn’t Care About Their Age Gap

When the “Blurred Lines” singer began dating the model, who is 18 years his junior, comments on their age difference were inevitable. But Geary doesn’t care about it, and she brushes off their age gap with humor. Her Instagram post referring to herself as Thicke’s “much younger girlfriend” proves it.

And we all know age is just a number for the charismatic Thicke men! Alan Thicke was married to Tanya Callau, who is almost three decades his junior. When talking about Robin’s girlfriend, Callau pointed out that the apple doesn’t fall far from the tree. “I think it’s also very important that she’s also very mature. I think that says a lot,” said Callau.

Thicke and Patton are parents to seven-year-old Julian Thicke. The former couple initially showed some solidarity for the sake of their son. However, they ended up being locked in a bitter custody battle for Julian. Thicke even said he was embarrassed by his earlier attempts to reconcile. Patton wasn’t at Alan Thicke’s funeral which indicated soured relations.

Patton and Thicke haven’t come to a custody agreement so far, but the father and son’s relationship seems fine. Julian also seems to have taken a liking to his dad’s girlfriend.He often hangs out with Geary. She even went on vacation with Robin and Julian to St. Barts!

Julian is going to have a sibling soon, but let’s not plan a wedding just yet. Thicke and Geary aren’t going to rush into marriage anytime soon. Since his divorce, he is in no hurry to tie the knot again.

Robin and I are very excited to share with you all that we’re having a baby! The due date is March 1st, Alan’s birthday! ❤️