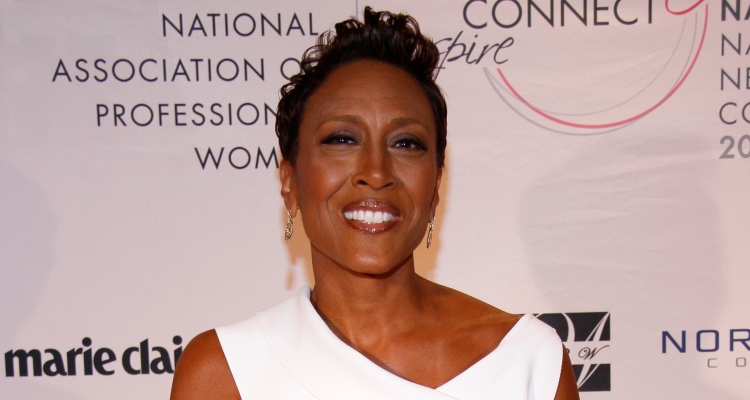 Is Robin Roberts on vacation? Many have been asking about the Good Morning America news anchor since she’s been noticeably missing from our screens. She’s a fixture on GMA and she has amassed a huge following, so it’s no wonder why viewers are asking about her!

Where is Robin Roberts now? It’s no surprise when fans begin to wonder about their morning anchors, especially after a year of seeing so many come and go due to firings or sexual assault allegations in the workplace. If you want to know more about what the seasoned news anchor is up to lately, then you came to the right place. We’ve got the scoop!

Where Is Robin Roberts Today?

Don’t worry, Roberts isn’t on vacation and she’s not on leave, either. She’s still hard at work, and according to her social media, she was in Connecticut over the weekend! She’s still with the ABC network and giving you all the latest news stories from her desk in New York City. She’s also still with her partner, Amber Laign, though they rarely make public appearances together.

On March 8, Roberts became the recipient of the 2018 RTDNF Lifetime Achievement Award in Washington, D.C. Roberts is an award-winning anchor and author and we’re sure it’s not going to be the last award she takes home!

Also Read: What Happened to Tim McNiff? Where Is Tim McNiff Going?

Is Robin Roberts sick again? The short answer: No, she’s in good health. The last time the GMA news anchor took time off work, she was diagnosed with cancer and needed her sister to give her a bone marrow transplant, back in 2012. WWL anchor Sally-Ann Roberts had no problem giving her sister bone marrow cells to save her sister’s life.

“The best news that we received was that I’m a perfect match,” Sally-Ann Roberts said to TVSpy. “And when I got that news, it was like Christmas times 1,000. Because anyone who knows what it’s like to wait for that kind of news realizes the trauma.”

During her sickness and recovery, Roberts had to take precautions in order to build up her immune system again.

According to her, it was a real journey to get back to her full health and the road to recovery was long and tough. Her dpctors required her to be home in New York with limited contact to the outside world.

She told Time magazine, “Hand sanitizer and facemasks were handed out to all visitors, and hugs were not allowed. While I had my long-time partner Amber by my side, I wasn’t allowed to have KJ, my feisty Jack Russell Terrier. Every solitary day was another tick towards the 100-day mark.”

For more updates, fans of the Good Morning America anchor can always see her interactions with fans on social media and watch her daily on GMA every morning.