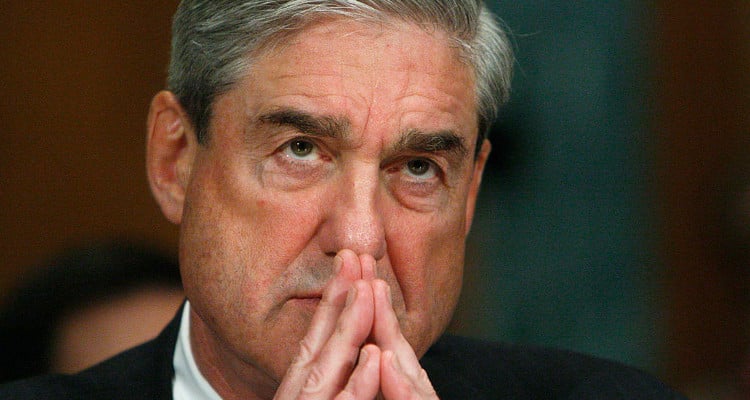 Who is Robert Mueller? Well, he’s the guy who took over the Trump-Russia investigation. On May 17, 2017, the U.S. Justice Department appointed the former FBI director as special counsel to preside over the investigation of Russian interference in the 2016 U.S. election. About the decision, Attorney General Rod Rosenstein said, “The public interest requires me to place this investigation under the authority of a person who exercises a degree of independence from the normal chain of command.” For details about the former FBI director, read our Robert Mueller wiki.

Mueller was born on August 7, 1944 and he grew up in Philadelphia, Pennsylvania. He attended St. Paul’s School and graduated in 1962. Mueller was quite the athlete in school; he was captain of the soccer, hockey, and lacrosse teams, and won the Gordon Medal as the school’s top athlete in 1962.

After high school, he went to Princeton University and later New York University, where he received his BA and MA degrees respectively. He then earned a Juris Doctor from the University of Virginia School of Law, where he was a part of the Virginia Law Review.

Around 1968, the death of a dear friend in the Vietnam War drove Mueller into joining the military. He enlisted in the United States Marine Corps in 1968 and served as an officer during the Vietnam War. Post-war, he was conferred with awards like the Bronze Star, two Commendation Medals, the Purple Heart, and the Vietnamese Cross of Gallantry.

Robert Mueller received his law degree in 1973. He worked as a litigator in various firms in San Francisco until 1976. From there, he went on to serve in the United States Attorney offices for 12 years. During that period, Mueller worked for the Northern District of California in San Francisco, and the District of Massachusetts in Boston.

In 1989, Mueller returned to government service. He had a good tenure as an assistant to Attorney General Dick Thornburgh. In 1991, he was elected as a fellow of the American College of Trial Lawyers. Towards the beginning of ’90s, Mueller became a well-known attorney and had already specialized in white-collar crime litigation. In 1998, he was named U.S. Attorney for the Northern District of California and held that position until 2001.

Working at the FBI

In 2001, the then 57-year-old Mueller was nominated to be the FBI Director by President George W. Bush. After the Bush administration, Mueller was asked to continue his tenure for two more years by President Obama. Eventually, in 2013, James Comey, the Deputy Attorney General to Mueller at the time, took over as FBI Director.

Mueller retired from the FBI in 2013 and started serving as a consulting professor and the Arthur and Frank Payne Distinguished Lecturer at Stanford University, where he taught cyber-security for a year.

In addition to teaching, Mueller was still connected with his law and order career. He was a partner in the Washington, D.C. office of WilmerHale, a law firm, and was hired as an independent investigator on the Ray Rice case.

On May 17, 2017, Mueller was appointed as special counsel for the United States Department of Justice. In this capacity, he will investigate the Russian involvement in the 2016 United States elections.

Robert Mueller has been married to Ann Mueller since 1966. The couple, who share two children, Melissa and Cynthia, are also grandparents.

With his appointment as an investigator against President Donald Trump’s campaign ties to Russia, many are curious about Mueller’s political stance. Is Robert Mueller a Republican? Yes, Mueller is a registered Republican. However, he is respected among Democrats and Republicans alike, with his political preferences having no affect on his performance.

On Wednesday, July 24, 2019, Robert Mueller appeared before the House Judiciary and House Intelligence committees to testify regarding the findings of his infamous report investigating Russian interference in the 2016 U.S. presidential election.

Ninety out of the 235 House Democrats were hoping that the report and the accompanying testimony would reveal enough damaging evidence to impeach President Donald Trump.

While Mueller did admit that there was Russian involvement, he refused to elaborate any further during the testimony, stating that the evidence was outlined in the report itself. In fact, according to CNN analysis, Mueller referred to the report at least four times whenever a representative asked a question that was already answered in the report. And he refused to answer at least 82 questions during the proceedings.

During the testimony, Mueller also stated that he had enough grounds and evidence to indict Donald Trump for obstruction of justice were he not a sitting president. However, Mueller later clarified the statement, saying, “What I wanted to clarify is the fact that we did not make any determination with regard to culpability in any way.”

Mueller did go on to emphasize that a president could face indictment after leaving office.

Mueller also talked about the effort that went into constructing the 448-page report:

“We spent substantial time ensuring the integrity of the report understanding that it would be our living—a message to those who come after us. But it also is a signal, a flag to those of us who have some responsibility in this area to exercise those responsibilities swiftly and don’t let this problem continue to linger as if has over so many years.”

In typical Trump fashion, the president, who was apparently very closely watching the live testimony, went on a Twitter rampage by bringing up Hilary Clinton’s email scandal, and even tweeted, “NO COLLUSION, NO OBSTRUCTION!”

NO COLLUSION, NO OBSTRUCTION!

And don’t worry. There are more tweets where that came from.

In case you missed the hearing, which lasted about 3 hours and 42 minutes, you can watch it here.