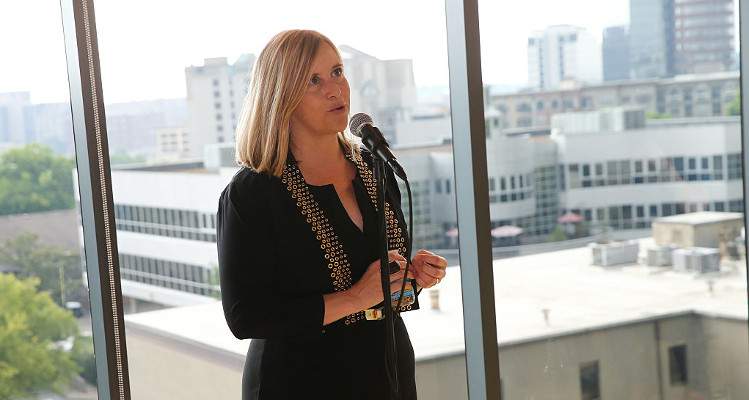 A new scandal has shocked the citizens of Music City! Nashville Mayor Megan Barry admitted that she had an extramarital affair with Robert Forrest, the Nashville mayor’s chief of security! The mayor apologized to her family and the citizens of Nashville in an emotional press conference Wednesday evening.

The internet is buzzing with the news of Nashville Mayor Megan Barry’s affair with Robert Forrest, her chief bodyguard and a former police officer.

The Nashville mayor apologized for what she did as she admitted to the relationship with Forrest, The Tennessean reported. Just hours before the announcement, Forrest submitted his resignation and retired from the mayor’s security team.

Who is Robert Forrest? We have everything you need to know about the man in the middle of the storm, right here in our Robert Forrest wiki.

Born on September 30, 1959, Robert Forrest’s age is 58 years. He began his career with Nashville’s Metro police in November 1986 and served as the head of security detail of Nashville’s mayors for 14 years.

Forrest went on to serve as an officer with an impeccable record. In addition to leading the mayor’s security team, he worked cases related to drugs, prostitution, and gambling. He also worked as a hate crime analyst with the police department.

Forrest’s achievements in shutting down 13 illegal gambling sites earned him the title of “Investigator of the Month” in March 1997.

There were no investigations against Forrest during his 31 years on the police force. Forrest left his job with over 20 letters of recommendation and thanks, including one from Mayor Megan Barry.

At the time of his retirement, Robert Forrest reportedly took home a salary of $84,537. Reports say that he also earned a lot in overtime when he was working on trips with Megan Barry.

The Controversy Surrounding the Affair

The Robert Forrest and Megan Barry affair began in the spring or summer of 2016, just months after Barry was sworn in as mayor of Nashville in the fall of 2015.

Barry said the relationship was over, although she declined to comment when it ended.

As Megan Barry’s chief of security, Forrest traveled with Barry regularly. Many of the trips included other members of the mayor’s office, but only Barry and Forrest went on nine of the trips.

Now, the work trips Barry and Forrest attended alone—some to places like Paris and Greece in 2017— have come under intense scrutiny, and there are hints of an investigation into the matter. The cost of these trips amounted to thousands of dollars and was covered by taxpayer money.

In the press conference on Wednesday, Megan Barry apologized for what she had done and said, “I am deeply sorry. And I am embarrassed, and I am sad.”

In a statement released by her, Megan Barry went on to admit to the affair saying, “Today, I have acknowledged publicly that I have engaged in an extramarital affair with the former head of my security detail.”

“I accept full responsibility for the pain I have caused my family and his. I am so sorry to my husband Bruce, who has stood by me in my darkest moments and remains committed to our marriage, just as I am committed to repairing the damage I have done.” Barry said.

Robert Forrest’s attorney released a statement on behalf of Forrest that read, “I deeply regret that my professional relationship with Mayor Barry turned into a personal one.”

“This has caused great pain for my wife, my family, friends, and colleagues. At no time did I ever violate my oath as a police officer or engage in actions that would abuse the public trust,” Forrest added.

For now, it seems everyone is just shaking their heads at this sticky situation.