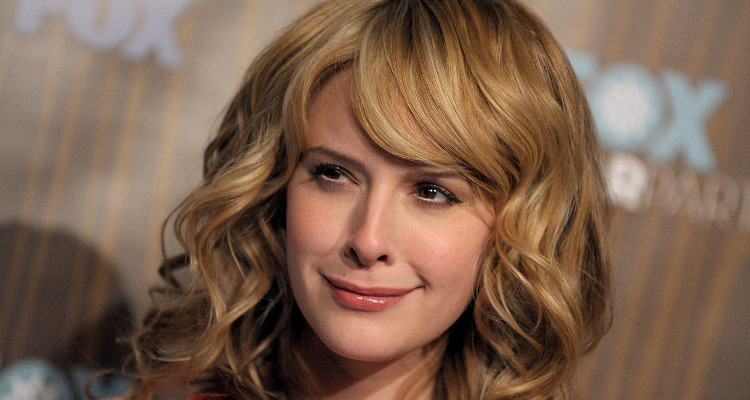 It seems like only yesterday we heard about Robert Buckley breaking up with Lea Michele. Now Michele has her own romance rumors while Buckley has moved on with Jenny Wade.

Robert Buckley’s romantic life has always been of interest to fans since his days on the TV series One Tree Hill. The actor’s newest leading lady is Jenny Wade. Yes, the beautiful actress Jenny Wade from the show Reaper.

Buckley and Wade have been dating for quite some time now and somehow managed to stay under the radar. But not for long! Here’s everything to know about Robert Buckley’s girlfriend in Jenny Wade’s wiki.

She Debuted on MTV

Born in Eugene, Oregon, Wade moved to Los Angeles in 1998 to pursue an acting career at only 18. A year later, she made her TV debut on the MTV anthology series Undressed, which followed the romantic relationships of young people.

Following her TV debut, Neil LaBute cast her in his 10-minute film called Tumble opposite a young Aaron Eckhart. LaBute, who’s best known for directing the 2010 remake of Death at a Funeral, offered her a minor role in the 2000 comedy Nurse Betty, which would become Wade’s feature film debut.

She returned to TV playing single-episode roles in shows like Arrest & Trial and 8 Simple Rules. She starred in an ABC pilot called Naked Hotel, but it wasn’t picked up by the network.

here’s a story about how i just went into an audition to play a newscaster & when the casting director introduced me to the director he hugged me & pulled my wig halfway off & i thought maybe it’s not that bad? & i didn’t know what to do so i held my head at an angle the whole time so it wouldn’t fall off all the way & just pretended nothing was wrong. the end.

Wade’s third feature film role was in 2005’s Monster-in-Law. Remember the young replacement for Jane Fonda’s character? That’s Wade! It takes serious guts to replace Jane Fonda, even in a movie. Nevertheless, offers in star-powered movies continued to pour in after Monster-in-Law.

She was cast in Wes Craven’s Red Eye with Rachel McAdams, and Harold Ramis’ comedy The Ice Harvest. Wade starred in Rumor Has It with Jennifer Aniston and in the horror trilogy Feast, which gained her cult status. She also reunited with Aaron Eckhart alongside Catherine Zeta-Jones in No Reservations.

Her most memorable work remains Reaper, where she had a recurring role as the demon, Nina. The same year she was cast in the CW show, she was also cast in Body Politic starring Brian Austin Green and Gabrielle Union. Sadly, the pilot was not picked up by the network.

Her first major TV role was in the Fox comedy called The Good Guys and the TBS series Wedding Band with Brian Austin Green. Most recently, she was cast in NBC’s Redliners, which is set to premiere later this year.

In Love with a Zombie

Robert Buckley plays the most good-looking undead in iZombie, and he’s pretty much been a heartthrob since One Tree Hill. His last known relationship was with his Dimension 404 co-star, Lea Michele, which didn’t last past the three-month mark.

Although Lea Michele has had her own romance rumors, Buckley and Wade’s relationship slipped under the radar. And this is surprising, considering how obvious they make it on their Instagram accounts. The couple has been together for months now, and have posted several cute pictures together.

Wade, who is 36 years-old, has a new love to show off on Instagram besides her mischievous dogs, Dave and Opal.

Made the mistake of saying her baking is “getting better” and this happens. #Repost @jennyjwade ・・・ Erectile Dysfunction can happen to anyone. Life comes at you hard. Come back at it even harder. Ask your doctor about Bonflexor today. ???? @mperegrym

Armed with a rib-tickling sense of humor, she comes up with the funniest captions for all her posts, including those where she’s arm-in-arm with her handsome beau. Even Buckley isn’t shy about sharing the love on his Instagram, and his latest post includes a romantic trip to Disneyland.

While you raid Jenny Wade’s Instagram for more pics of this cute couple, also be sure to check out her Twitter account, which contains some hilarious one-liners.

2 LATE U ALREADY READ THAT SEE U IN HELL.