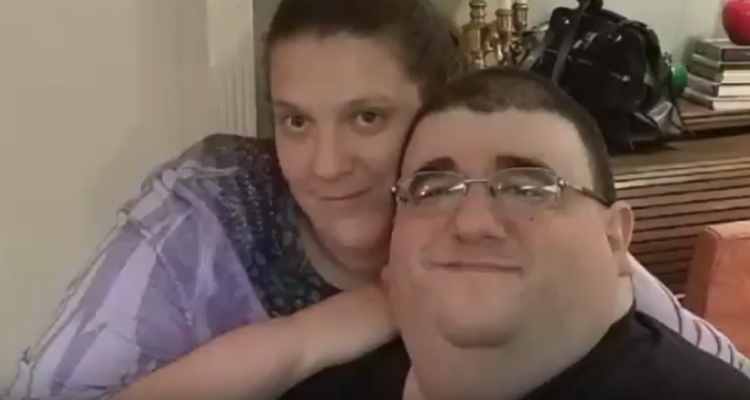 According to reports, My 600 lb Life star, Robert Buchel is dead. Robert’s My 600 lb Life episode airs this week and many are just learning of his death now. Even with his substantial size and unhealthy lifestyle, fans of the show are still shocked to learn of his passing. Was his death linked to his weight? Keep reading to find out more about his obituary and more.

How Did Robert Buchel Die?

Robert, who was from Forked River, NJ, died at the age of 41 from a heart attack. While his death is just being made public now, the late New Jersey native died on November 15, 2017, during the filming of the show. According to reports, he died in hospital surrounded by his loved ones, including his future wife, Kathryn Lemanski. Despite losing 340 lbs after five months of being on a weight loss plan, he was still in poor health due to his weight. At one point, he weighed over 800 lbs and was one of the heaviest patients Dr. Younan Nowzaradan had ever seen.

“To carry all this weight is physically draining, mentally, emotionally taxing,” Robert once said. “It’s not a pain or life I’d wish on anyone because I can’t do anything. I can’t do anything for anyone, especially myself so I am completely dependent on my fiancée.”

Also Read: Lisa Fleming Wiki: The Shocking Story of the Woman from “My 600-lb Life”

Robert had an addiction to painkillers, which only elevated his medical issues and was also sent to rehab. He was told he wasn’t allowed to walk or exercise and then weeks later, he had a heart attack.

His partner of 14 years saw a change in his mood when he was weaned off the painkillers and was concerned for his life. On November 17, 2017, Kathryn took to Facebook to write a tribute to her late fiancé.

“I don’t know how to start what is going to be the most painful facebook post I will ever write. I know this is late and I would like to apologize to everyone that I haven’t been able to reach out to all of you before it was released to facebook. On Wednesday, November 15, 2017, the love of my life, my best friend, my closest confidant, Robert Buchel passed away suddenly[sic].”

She continued, “I wish I could say that my heart was broken or even shattered, but in reality it is just gone. My heart died along with him. Our future together died along with him. Next year we were going to be getting married in Walt Disney World and have our own Disney Fairytale Wedding.”

She continued, “We were going to start a family. We were going to grow old together. Everything we were ever going to be can now never be. He did not deserve to go this way and this was not his time. 14 years together is not enough and although many people say it’s better to love the time you have than to mourn the time you don’t: no offense but screw you. Rob had a hard life and in the last 2 months he finally had hope for the life he always wanted. This was a robbery beyond words.”

She also thanked the doctors and nurses for all their help, despite the outcome.