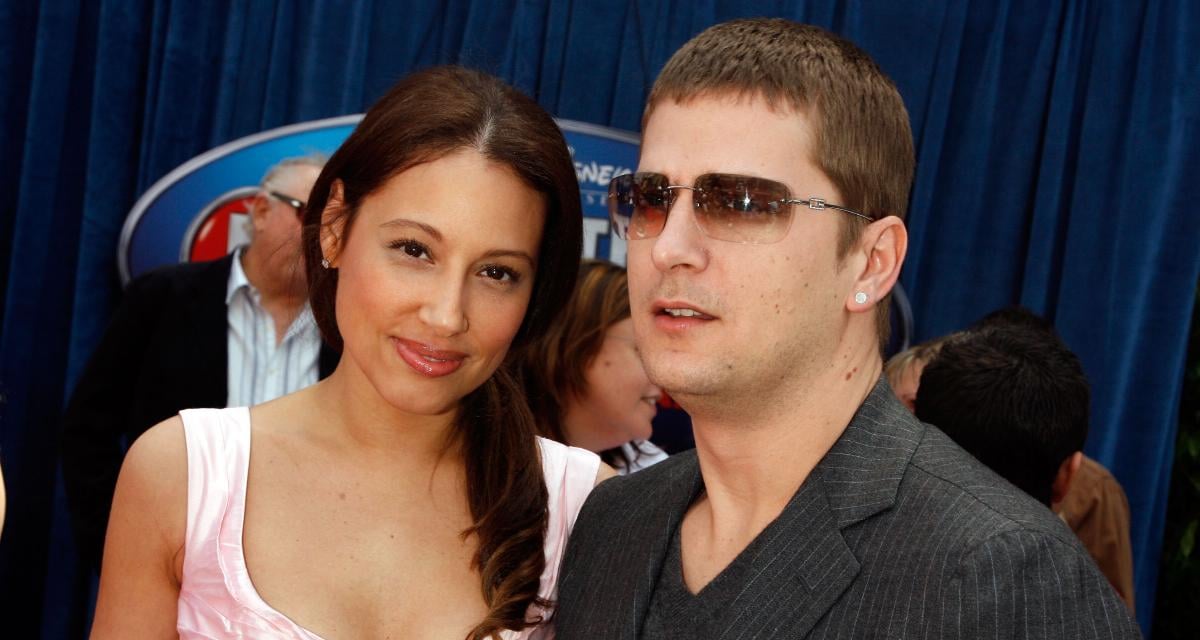 Rob Thomas (R) and his wife Marisol Maldonado arrive to the world premiere of Disney's 'Meet The Robinsons' held at the El Capitan Theater on March 25, 2007 in Hollywood, California. (Photo by Kevin Winter/Getty Images)

Singer Rob Thomas is celebrating his 16th wedding anniversary today with wife Marisol Maldonado, but he had a really weird way of showing his affection for her on Twitter. Rather than a simple “Happy Anniversary,” Thomas posted a sexy screenshot of Maldonado from the music video for his iconic 1999 hit with Carlos Santana, “Smooth.”

But it wasn’t the picture that raised eyebrows, it was the caption, which read, “Today’s my 16th anniversary married to @VH1 top 25 video vixens. This is why she is. I TOTALLY had sex with her.” He’s referring to a 2014 article by VH1, which named Marisol Maldonado in a list of “25 Iconic Music Video Vixens That Will Make a Man Out Of You.”

While it might sound a little inappropriate at first glance, Thomas’ tweet is actually pretty endearing when you consider what this celebrity couple has been through. Thomas and Maldonado tied the knot the same year as their music video was released, and have been rock solid together ever since. However, their marriage hasn’t always been smooth sailing, because of her long-term health issues. 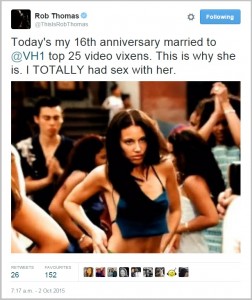 After finally overcoming a long-term autoimmune disorder in 2005, Rob Thomas revealed earlier this year that his wife had to undergo an intensive surgery to remove a dangerous lesion found in her brain. He did reveal at an event last month that she was doing better, but also added, “We don’t know what’s gonna happen. We’re just glad the surgery went well.”

Despite the rough patch, it’s nice to see that Rob Thomas still adores his wife, even after almost two decades together. So we’re all for the public (or rather online) display of affection, because this celebrity couple definitely still has reason to celebrate.