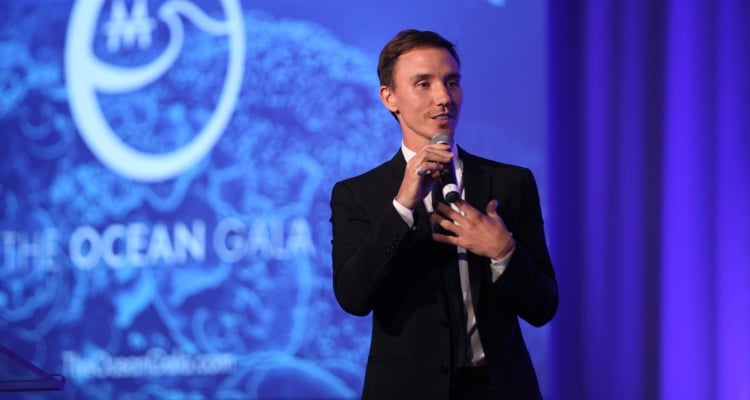 As of today, Canadian filmmaker Rob Stewart is missing, after undergoing a dive off the Florida Keys. A search for the Toronto filmmaker has continued since Tuesday evening. If you’re looking to know more about the Sharkwater director, then have a look at our Rob Stewart wiki.

Many may not remember Rob Stewart’s Sharkwater documentary, but his work is certainly well-known back home in his native country of Canada. The professional diver and shark enthusiast was busy filming his second installment of the documentary series, when tragedy seems to have struck. Now, there is a growing concern for the diver’s life. According to sources, Stewart’s team witnessed him resurface in the water, only to disappear shortly after. Many are wondering what happened during his routine dive in Florida, and we’ve got the details. We’ll also provide you with information on Rob Stewart’s net worth, his work, and his life, right here in our Rob Stewart wiki.

The Early Life of Rob Stewart

Rob Stewart, 37, was born on December 28, 1979 in Toronto, Ontario, Canada. His love for photography and film started at a young age and he started underwater photography at 13. Then, he became a scuba diving trainer when he was 18 years old. He also attended Crescent School in Toronto and earned a Bachelor of Science degree in Biology, having studied in Ontario and Jamaica.

Work as a Photographer

Before making Sharkwater, Stewart spent four years globe-trotting as the chief photographer for Canadian Wildlife Federation’s magazines and even led the expeditions in some of the most remote parts of the world. Stewart’s photographic talents have been sought after and have been featured in many media forms around the world.

The Making of Sharkwater

When Stewart was on assignment to photograph sharks in the Galapagos Islands, he discovered illegal longlining, which kills sharks in the marine reserve. Stewart used all his resources to spread awareness using print media, but the public was unresponsive. He then decided to make a film and bring the issue closer to people, so that they would understand the harm sharks faced. It’s common for people to think sharks are never in danger but Stewart’s documentary, Sharkwater, sheds light on the dangers they face in the ocean, which also has harmful implications on our ecosystem. At the age of 22, Stewart abandoned his photography career and focused on a career in filmmaking to spread awareness on the issues surrounding sharks.

After four years and 12 countries, Sharkwater was made and released in theaters in 2007. The film was hugely successful and first premiered at the prestigious Toronto International Film Festival. It made history when it had the largest opening weekend of any Canadian documentary and won over 40 awards at several film festivals around the world that year. Thanks to Stewart’s undercover work and tireless devotion, Sharkwater is credited by many who believe he started the conservation movement and changed government policy around the world. Today, shark finning is banned around the globe and Stewart’s work is a true display of film having a positive impact on the world. 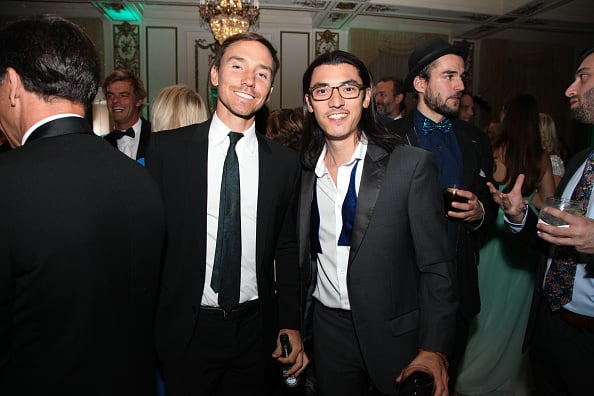 Stewart didn’t stop the good fight at Sharkwater, but instead made a second film, called Revolution. It was featured at the Toronto International Film Festival in 2013 and took a bigger look at the threats to our planet’s ecosystem. Stewart said it was inspired by a question from a student in Hong Kong, who asked why he was so concerned with saving sharks amid predictions of the ocean being free of all life.

Like Sharkwater, Revolution used underwater filming and images to draw attention to the harmful practices of “finning” sharks and the destruction to the ocean caused by the earths use of fossil fuels.

In 2013, Stewart spoke to the Toronto Star’s, Greg Quill about the oceanic danger.

“Because they can no longer absorb and convert the hydrocarbons humans are producing, our oceans are 30 per cent more acidic than they were 100 years ago,” Stewart said. “Forty per cent of phytoplankton, which gives us half the oxygen we breathe, is gone.” He added that, “Four of the last five major extinctions that wiped most life off the planet were caused by ocean acidification — and we’re facing extinction now.”

“I never had faith in humanity,” Stewart told Quill. “I love animals, and I hate what humans do to them. That’s why I made Sharkwater. But watching people go into battle to save sharks as a result of seeing my movie has turned me around. I believe enlightened humanity can make a difference.”

On Tuesday afternoon, Rob Stewart went missing, while diving near the Florida Keys with his team. His team of three was recovered, but Stewart is still missing. The search started after a Coast Guard command center received a report at 5:13 p.m. on Tuesday from a crew member on Stewart’s boat, Pisces. The search team is using a helicopter, boats, divers, members of the U.S. Navy, Florida Fish, the Wildlife Conservation Commission and Monroe County Sherriff’s Office to help find the missing Toronto filmmaker.

As the search for Stewart continues, fans remain hopeful for his safe return. In addition, various social media posts have been circulating to bring awareness to Rob Stewart and all of his amazing work.