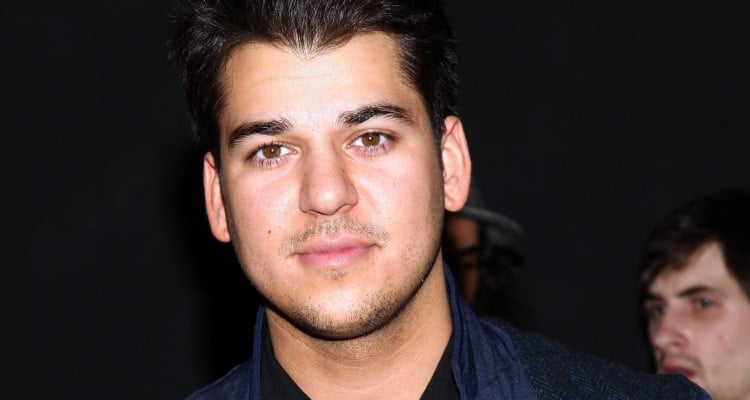 Today is Robert Kardashian’s birthday and his only son, Rob, dedicated a couple posts on Instagram to pay tribute on the special day.

When it comes to Robert Kardashian, the famous family has nothing but fond and loving memories of their father. Everyone remembers the famous Robert Kardashian and O.J. Simpson murder trial, but the late Kardashian’s family only remembers the good times they shared with their father. Rob captioned the photo, “Happy birthday dad woohoo! Wish you were here to meet Dream.” The photo showed a young Rob sitting on his father’s shoulders, in front of an old house. The post earned more than 100,000 views and more than 600 comments, wishing Robert happy birthday and sending positive thoughts. 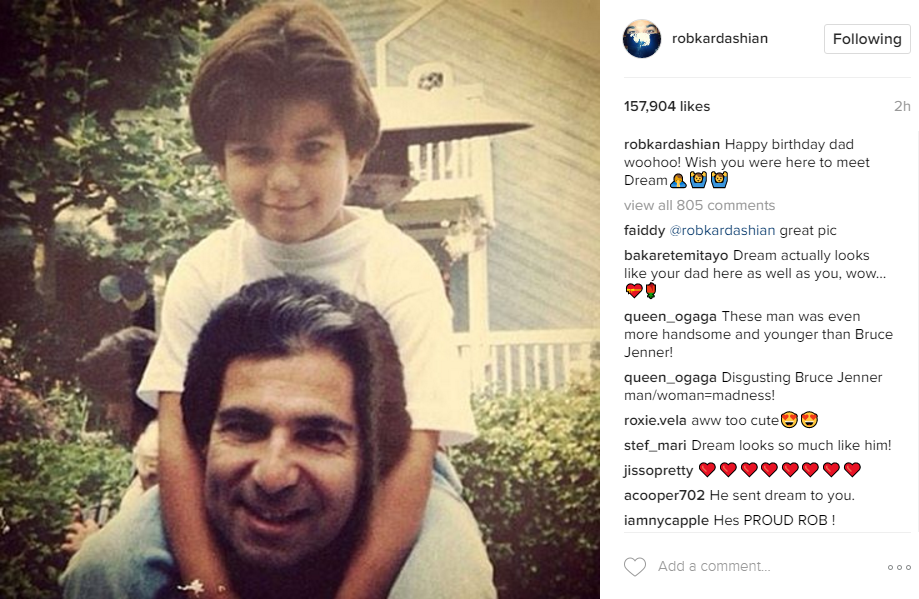 A second photo was also uploaded to Rob’s Instagram, and trust us, it’s equally as cute! It shows an adorable young Rob and his father, squeezing each other close and smiling. You can tell even at a young age where Rob’s look come from! 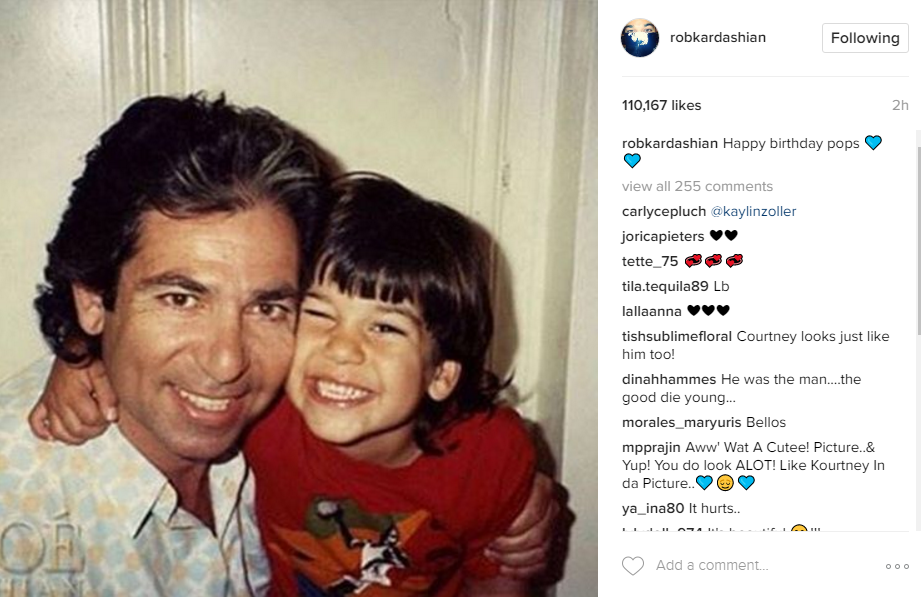 Despite the chaos of their lives and constant break up rumors, Rob and Blac Chyna would have loved for their daughter Dream to meet her late grandfather. He was always there for his family and even though the Kardashians had a father figure growing up, it wasn’t the same as when they had their father around. In past episodes of Keeping Up With the Kardashians, the family often reflected on what their dad would think of them and all the memories they have of him.