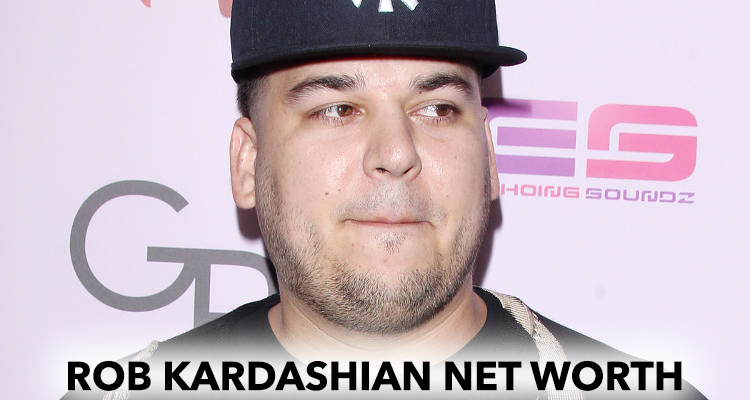 Rob Kardashian’s net worth 2018 is estimated at a solid $10.0 million, and after the whole ‘Blac Chyna pictures’ fiasco, it looks like he is focusing on himself and his daughter Dream. The Kardashian’s are known for how much they flaunt, and Rob is no different! Here is a detailed breakup of the millions Rob Kardashian has lost and made!

The Kardashian family has been living in the eyes of the media, literally. Keeping Up with the Kardashian’s is still a multi-million dollar earning show, and Rob Kardashian has very much been at an advantage with the show’s earnings. Things have not been going so well for Rob over the past few years and his net worth had taken a dive. But how did the only Kardashian boy lose so much money? Check out some interesting details of Rob Kardashian’s net worth, right here.

Rob Kardashian’s split with Blac Chyna got ugly fast. He fell into a scandal that involved him leaking Chyna’s nudes on Instagram, and people did not like what he did. Instagram took down his account, and Rob Kardashian faced some serious backlash over his stunt. He lost a great deal of money, after he stopped filming for the show, and he had blocked out his sisters and family, as well. He has since stayed far away from the public eye, and has not appeared much on KUWTK.