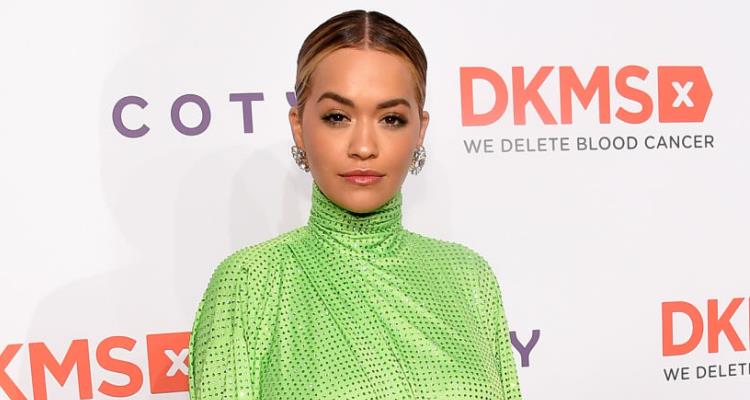 Who is Rita Ora dating? The subject of Rita Ora’s boyfriend in 2017 has been a popular one and while it might help record sales, it would help even more to know the truth behind the rumors. So, if you’re interested to learn about who could be Rita Ora’s boyfriend, then you came to the right place!

The Rita Ora dating timeline is full of eligible bachelors, but none of them made a good impression on the former America’s Next Top Model host. In a February appearance on Watch What Happens Live, the show’s host, Andy Cohen put Ora in the hot seat about her past relationships.

“You know what, I feel like I’m getting completely roasted right now for no reason!” Ora said while pointing and laughing at Bachelor alum and guest, Nick Viall. “He’s [Nick] had four seasons of finding love, and I’m getting scrutinized for who the f—k I’m dating. No way is this happening!” She had a point there!

Ora dated Kardashian back in 2012 and she has “only positive vibes” for the reality star and first-time father. Luckily for her, Ora wasn’t caught up in the youngest Kardashian’s drama with his ex-fiancée, Blac Chyna.

How can we forget that Ora was linked to Harris sometime after Kardashian, and it was part of the reason that there was bad blood between Harris and Swift.

“Can we not go there right now?” she said to the TV caller question on WWHL. “Is this ‘Bring Rita’s Whole Past to the TV?’”

She added: “We’re good friends now. I don’t keep grudges with anybody. Everybody uses social media as they want. I choose not to, so that’s just my personal way to express myself. But everyone does their own thing.”

In an interview with Marie Claire, the British singer explained why leaving Harris was the best thing for her at the time.

“There was a reason why I split up with him. And there was a reason why I’m at this point in my life where I feel like I have so much musical freedom, and I don’t have to explain myself to anybody,” she told the magazine. “It was more of a thing where I was in awe. I was at that point in my relationship where I felt he could do no wrong. I thought he had my back and that he’d never steer me wrong.”

She also stated that her friends didn’t recognize who she was in that relationship.

Is the “Your Song” singer dating the son of Rolling Stones’ guitarist? Calm down, she won’t be calling Ronnie Wood “dad” anytime soon, as her dating his 33-year-old son Tyrone is just a rumor at this time.

According to a source at The Sun, “Rita and Tyrone met last year but have only recently taken their relationship to the next level. While it’s all quite new, they’re getting on really well and have even been on holiday quietly together.”

The sources added that, “Rita likes Tyrone because, unlike some of her exes, he’s a one-woman man and not fame-hungry. He does a lot of work for charity too and she finds that really attractive. And she has been really supportive of that.”

While the idea of Tyrone and Ora dating might please fans, it still hasn’t been confirmed as to whether or not they’re an item. Could he be the one who took those pics of her on her vacation in Jamaica?

So excited to share this with youuuuuuuuu all at 12pm GMT / 7am EST, thank you @michael_haussman for rocking out with me on this! I absolutely love this song – and @teddysphotos and Steve the biggest G’s ever. Love you brother from another mother! We got one!!!! ❤️❤️❤️❤️ #YOURSONG it’s a london TING!!!