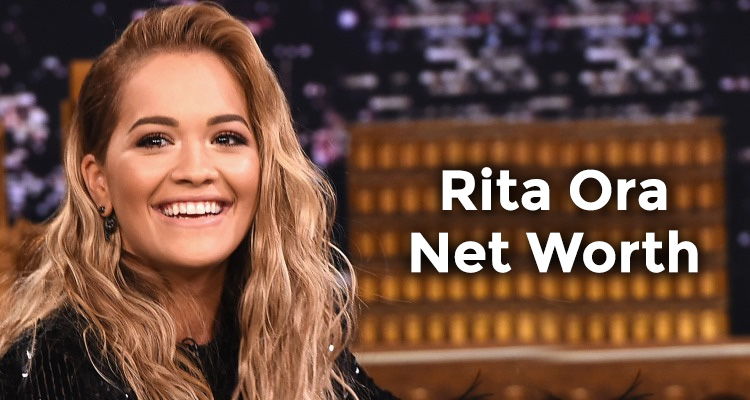 Since her debut in 2007, Rita Ora has gained significant success in popular music. Born in the former Yugoslavia (now Kosovo) on the eve of the country’s violent collapse,Rita Ora was raised in the United Kingdom and has achieved a lot and in her short spanning career. So much so, that many fans are asking what is Rita Ora’s net worth.

If you’re looking to learn more about the British singer, we’ve got all the information you need about Rita Ora’s many achievements in music, films and endorsements, and the financial rewards she’s incurred in the process.

While she’s only been involved in music for less than a decade, Rita Ora’s songs have gained a considerable success in a short span of time. Her first single “RIP” off her 2012 debut album,Ora was co-written by Drake and featured rap star, TinahTempah. It debuted at number 1 on the UK charts and was followed by other hit songs, including “How We Do (Party)” and “Shine Ya Light”.

In 2014, her song“I Will Never Let You Down” (produced by Calvin Harris)debuted at number 1 on the UK charts. Many have argued that this is one of her best songs and is anticipated to be just a taste of what is to come from her follow-up album to Ora.

Other notable songs from the Rita Ora catalogue that have become hits with fans include “Roc the Life,” “Black Widow,” and “Torn Apart.”

Rita Ora has followed her success in music with a parallel career in feature films. In 2013, she appeared in the blockbuster racing film,Fast and Furious 6, and later in the 2015 Fifty Shades of Grey film adaptation of the bestselling novel. Ora is set to appear in the film versions of the Fifty Shades novel sequels, Fifty Shades Darker and Fifty Shades Freed.

How Much is Rita Ora Worth?

Rita Ora’s wealth has grown significantly, often with millions of dollars growth in just a year or two. On top of her singing and acting career, Ora’s been involved with lucrative endorsements deals and is expected to gain more as her popularity grows. It was reported that Rita Ora had a net worth of $145 million, but it turns out that it was actually a hoax! She appeared on The Breakfast Club radio show and squashed the rumors of her false wealth, which was reported from an unreliable source. The same source also reported that Ora owned a restaurant chain, a football team, a vodka company, her own perfume line and a video game company. Again, all false. Her net worth may seem modest compared to the rumor, but she accomplished it all on her own!

Here are some notable figures of Rita Ora’s net worth according toForbes:

*Modelling for brands such as Adidas, DKNY, and Material Girl

**As reported by Forbes Magazine.

Rita Ora’s endorsements aren’t limited to appearances in advertisements or social media campaigns. She’s been actively involved with many of the brands she’s endorsed, with activities includingthe development of a cosmetics line with Rimmel and designing an apparel line with Adidas.

Speculation has risen regarding how much Rita Ora’s net worth has been affected by a recent lawsuit with her first label,Jay Z’s Roc Nation. Her accusation that they restricted her music releasing rights resulted in a counter-suit from the label, and some noted bad blood with Roc Nation. It was reported in the music press that a settlement between Ora and Roc Nation was reached May 2016.

Like many pop stars, Rita Ora doesn’t come from wealth and has worked hard to gain her fame.
She was born Rita Sahatçiu in 1990 to mixed religious parents—a Catholic mother and Muslim father—in Pristina, Yugoslavia. She was named after film star Rita Hayworth. Her birth came right at the time of the conflicts between the ethnicities and regions that made up the former Yugoslavia, and her father relocated the family to the United Kingdom a year after her birth.

Her father became a pub owner and provided a stable life for her and her siblings in West London. While she always loved to perform, it wasn’t until she started performing at various open mic nights across London. She’s routinely sited Aretha Franklin, Tina Turner, BB King, Celine Dion and Christina Aguilera as influences, with many of these originating from her listening to her parents’ record collection.

Her singing career began by supporting other famous singers like Craig David and James Morrison as a back-up singer. By 2008, she signed a deal with the American Roc Nation label as one of their first acts.

Ora had problems releasing her debut album and took to YouTube to help promote it. One artist in particular, DJ Fresh, took notice of her videos on YouTube and invited her to appear on songs he was producing. In 2011, she went on the Club Paradise Tour with Drake, appearing as his opening act.

For the star with humble beginnings, she has certainly made a name for herself and we can only expect to see more of her in the future.