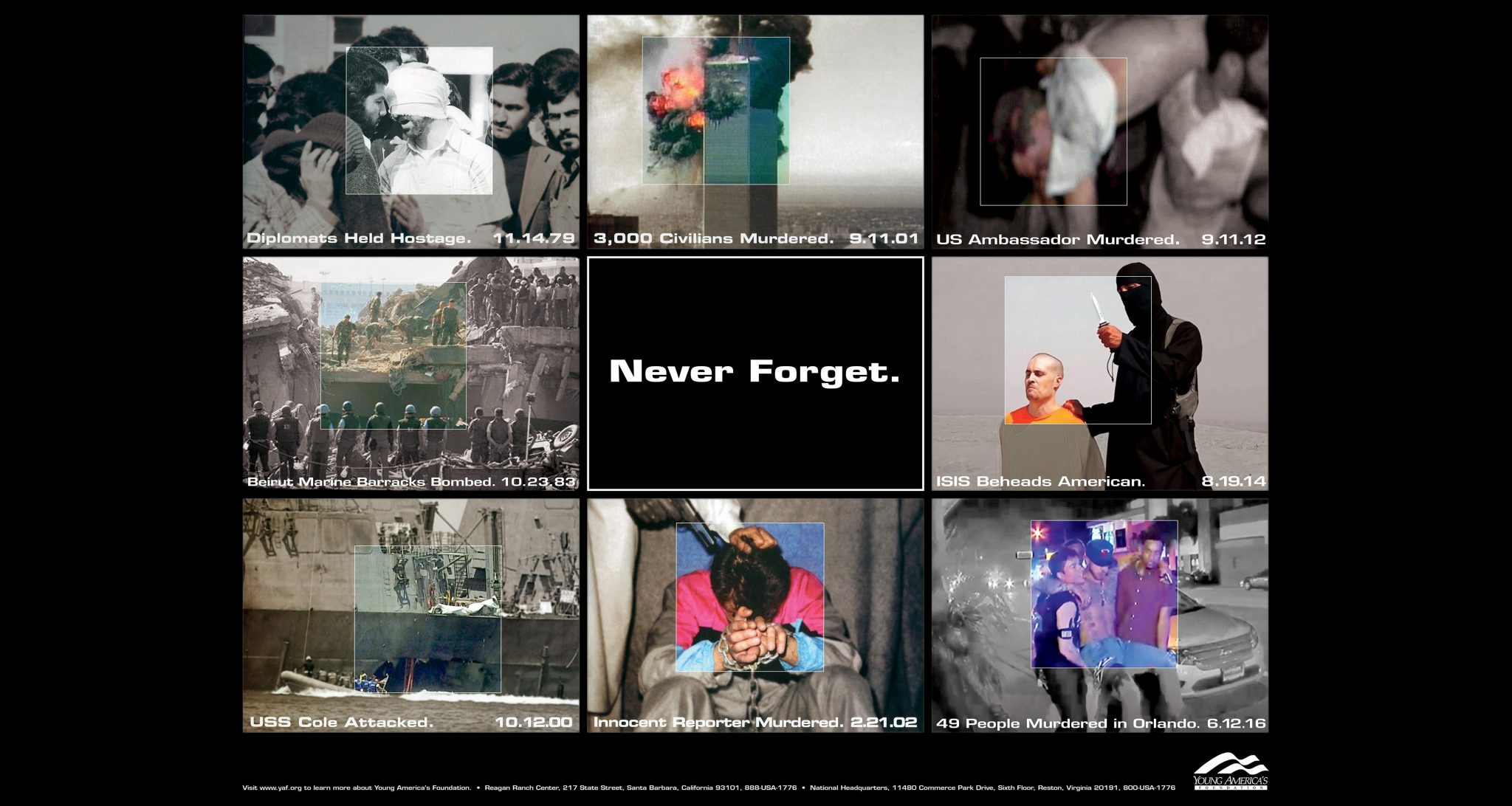 Ripon College banned the YAF from putting up 9/11 posters on Campus.

Reports are circulating on the Internet that Ripon College in Wisconsin banned the Young America’s Foundation (YAF) from putting up their posters from their “9/11: Never Forget Project” on campus. The alleged reason cited is that the posters create anti-Muslim bias. But a statement from Ripon College says the contrary.

Are 9/11 Posters Banned at Ripon College?

According to several reports, administrators of Ripon College have allegedly banned conservative student organization YAF’s posters commemorating the September 11, 2001 attacks. The non-profit organization’s 9/11: Never Forget Project is an annual event that seeks to remember the victims of 9/11 and terrorism.

However, the reports claim that the college’s Bias Protocol Board cite that YAF’s posters create an “environment” where “students from a Muslim background would feel singled out and/or harassed.” As such, the board reportedly banned putting up the posters.

Ripon College released a statement that there’s no such ban on 9/11 posters on the campus. The institution says there’s “misinformation” spreading with regards to a meeting between college officials and the members of YAF.

“Ripon College encourages an environment for free speech and civil dialogue on our campus. The YAF posters are not, and have never been, banned,” reads the statement.

The statement goes on to explain that the administration received complaints about YAF’s Islamic extremism posters last year. Therefore, the college’s officials and YAF discussed the 9/11 Never Forget Project this year where the institution made suggestions “as to how to have a discussion about 9/11 this year with our entire campus and community.”

“The annual 9/11 flag memorial is a great example of how YAF students engage the entire community,” said Ripon College, and it doesn’t have any intention to ban the event.

In individual responses to Facebook commenters, Ripon College has explicitly stated that it has not banned the flyers or the #NeverForget flag memorial either.

The articles online cite a report by YAF on the issue. The YAF piece doesn’t say that the posters have been banned either.

It appears that college officials ruled against the current posters and advised them to rethink the content to eliminate bias. YAF’s intention, however, is to honor the victims of terrorism by remembering the biggest extremist occurrences in history in their posters.